She was educated by her parents, who were both radicals and believed in the French revolution:
· Mary Wollstonecraft: she was the first to write a treatise for women's rights, titled ”A vindication of the rights of Women”. She died of childbirth (when Mary Shelley was born)
· William Godwin: he was a philosopher who advocated the need for fair laws and social justice. When his wife died he remarried with another woman, a gesture which upset the young
Mary Shelley.

Mary Shelley’s father had two friends who were philosophers as well:
· Samuel Coleridge, the author of the “Rhyme of the Ancient Mariner”
· Percy Bysshe Shelley: Mary Shelley's future husband

Percy Shelley ran away with Mary Shelley when she was only 17 (he was 6 years older). In 1814 Mary lost her baby and in 1815 they went to Switzerland (in Villa Diodati, on Lake Geneva, which was rented by Lord Byron – a charismatic poet).

Mary Shelley was interested in:
1- The limits of civilization
2- Chemistry and Physics
3- Education
4- The French Revolution
5- Philosophy (particularly Rousseau who dealt with the “natural man” and thought that civilization corrupted men)

While Mary Shelley was in Villa Diodati, she had a dream, that became a source of inspiration for Frankenstein. 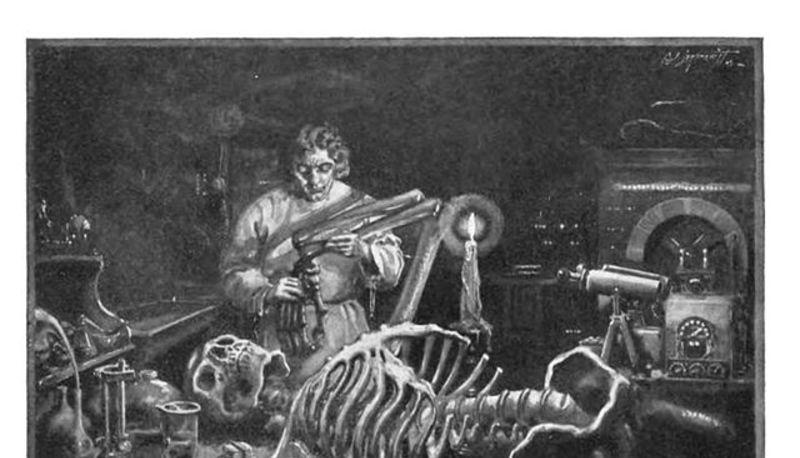 · Coleridge - who dealt with the crime against nature, like Mary Shelley did later; also the Rhyme of the Ancient Mariner is considered to be an inspiration for the character of Walton, because of its "sea voyage" theme
· Myth of Prometheus: he was bound to a rock and every night an eagle ate his liver
Hai bisogno di aiuto in 1800 e 1900?
Trova il tuo insegnante su Skuola.net | Ripetizioni