Summary of "Frankenstein" di Mary Shelley
Walton's story (Letters 1 -4)
Young Captain Robert Walton is embarking upon a dangerous voyage to the North Pole, when he finds his ship surrounded by ice. While he is stuck, he sees the strange sight of a gigantic man on a dog-drawn sedge travelling at great speed who disappears into the fog. He then discovers Victor Frankenstein on the brink of death. Walton looks after him and they become friends and Frankenstein tells him his story.

Victor's story (Chapters 1-10)
Victor, who came from a respectable family, grew up with an orphan named Elizabeth whom his mother had adopted. When he was seventeen, his mother died. At university he was inspired by a teacher called M. Waldman. Ambitious for glory, Victor learned everything he could about science in the hope that he could discover how to create life itself. In a turmoil of obsession, he digs up dead bodies and builds a gigantic man from them in the hope of giving him life. He succeeds, but is devastated to find it so horrible and runs away from it in horror. The monster disappears and Victor is nursed back to health by his friend Henry. However, he receives a letter from his father telling him that his youngest brother, William, has been killed. Victor quickly journeys home to Geneva. On the way, he sees the monster amidst the Alps and becomes convinced that the monster is William's murderer. When he meets is family, Victor learns that Justine Moritz, an honest servant of their family, has been accused of the murder. Victor is horrified but feels sure she will not be convicted. Justine's trial goes badly. She falsely confesses to the murder and is hanged. Unable to tell his family bout the monster, Victor spends his time alone. On a mule he travels into the Alps where he meets the monster. He wants to kill him The monster reproaches him and asks him to listen to his story.


The Monster's story (Chapters 11-16)
The monster tells him about the confusion of his early life. He could not distinguish anything but felt only pain, hunger and cold. Gradually, he learns about the world. On wandering into a village he is attacked by the villagers and flees into a hovel. In hiding he observes the daily life of a poor family called the De Laceys. He is moved by the kindness the son and daughter show towards their old, blind father. When a young arabian girl arrives, the son teaches her his language and the monster decides to learn it by listening. Desperately needing friendship, the monster pins his hope on meeting the family. When the blind man is alone, he introduces himself. His conversation is interrupted by the return of the family. 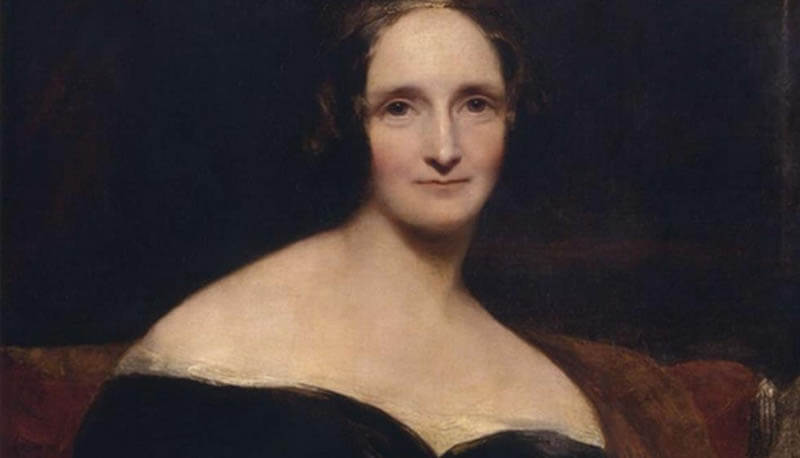 Seeing the monster clinging to his father, the son batters him. The family leave the house out of fear. In complete anguish, the monster decides to seek out his creator. On the way he saves a young girl from drowning but is shot by a peasant. Later, he sees young boy, William, whom he wishes to befriend. William rejects him but also fatally reveals that he is a Frankenstein. In revenge for his miseries, the monster strangles him. He takes a portrait from his neck and places it within the dress of a girl who is sleeping - Justine. Finally, the monster explains that his misery and loneliness has made him act badly. He asks Victor to create a female monster for him.


Victor's story continues (Chapters 17-24)
Victor has many doubts but finally agrees to do so. When he returns home, his father proposes that Victor marry Elizabeth. Victor agrees to do so after he has taken a tour of England, on which he is accompanied by Clerval. Victor finally parts with his friend and hires a hut in the Orkney islands, so that he can make the female monster. But when he sees the monster at the window, in a fury, he tears the half-finished female creature to pieces. The monster, in despair, leaves him with the words, 'I will be with you on your wedding night!' The monster murders Clerval out of revenge and makes it look as though Victor was the murderer. Victor spends time in prison in a state of madness. Eventually he is proved innocent and is taken home by his father. He is married to Elizabeth, but; misinterpreting the monster's words, believes that the monster will kill him and decides to prepare for his own death. On their honeymoon, while Victor is out looking for the monster; he kills Elizabeth. Victor's father dies when he hears the news. Utterly alone, Victor decides to seek out the monster and kill him. He chases him across the globe and almost manages to kill him near the North Pole. Victor finds himself sinking when Walton's ship passes by and rescues him.

Walton's story continues (The final letters)
Still stuck in ice, Walton's crew threaten to mutiny if he refuses to return. Victor gives them a rousing speech, urging them on. He finally dies from exhaustion. When Walton is writing his letters, he hears a noise and discovers the monster mourning the death of his creator. Walton calls him a hypocrite. Finally, the monster makes a long speech explaining how he his been mistreated and misunderstood by humanity. He declares that justice has never been given to him and the only solution is to commit suicide now his creator has gone. He jumps from the cabin window and "is lost in darkness and distance".
Hai bisogno di aiuto in 1800 e 1900?
Trova il tuo insegnante su Skuola.net | Ripetizioni