In some circumstances the diﬀerence between /uː/ and /ʊ/ is becoming blurred or neutralised:

In these cases we shall use the neutralisation symbols /u/ and /i/.

The diphtong /ʊə/ is slowly disappearing from modern RP and is being replaced by the long, back

The only words which consistently use the /ʊə/ diphthong are those spelled with -ewer: brewer,

/əʊə/ as in slower, blower.

The smoothing of /əʊə/ results in a monophthong:

In initial position, in pronouncing /p/, /t/, /k/ there is, in the post-release phase, a period during

which air escapes through the vocal folds, making a sound like /h/. This is called aspiration. If the

plosive is preceded or followed by another consonant there is no aspiration.

are much shorter. The shortening effect of /p t k/ is most noticeable when the vowel is one of the

/ʒ/ as in vision, pleasure, garage

The voiceless fricatives have the effect of shortening a preceding vowel, as do voiceless plosives.

The shortening effect is most noticeable when the vowel is one of the long vowels or diphthongs:

The alveolar fricative is always voiceless in the groups <si, sn, sl, sw>. In italian /z/ is usually an

allophone so /s/, whereas it is a phoneme in English, in that it distinguishes pairs such as:

BBC speakers pronounce the sound of initial <wh> as /w/. Other speakers, instead, pronounce it

as a voiceless fricative with the same articulation as /w/. The symbol for this fricative is /ʍ/.

The sound of initial /hu/ is a voiceless palatal fricative. The symbol for this fricative is /ç/. However,

Affricates begin with a plosive that is followed immediately by fricative noise.

––BUT–– We would not class all sequences of plosive plus fricative as affricates.

The plosive and the following fricative must be of the same place of articulation: they must be

Daniel Jones lists among the affricates these four sounds:

/ts/ as in cats, but not outside

/dz/ as in beds, decides, but not headset

/tr/ as in tree, country, but not outreach

In italian /ŋ/ is an allophone of /n/, whereas it is a phoneme in English in

that it distinguishes pairs such as:

<-ng-> can be: /ŋ/ without following /g/ if it occurs at the end of the morpheme

/ŋ/ is never followed by /g/ in final position

My sister has many rings on her hands

Rita reached the centro of the square 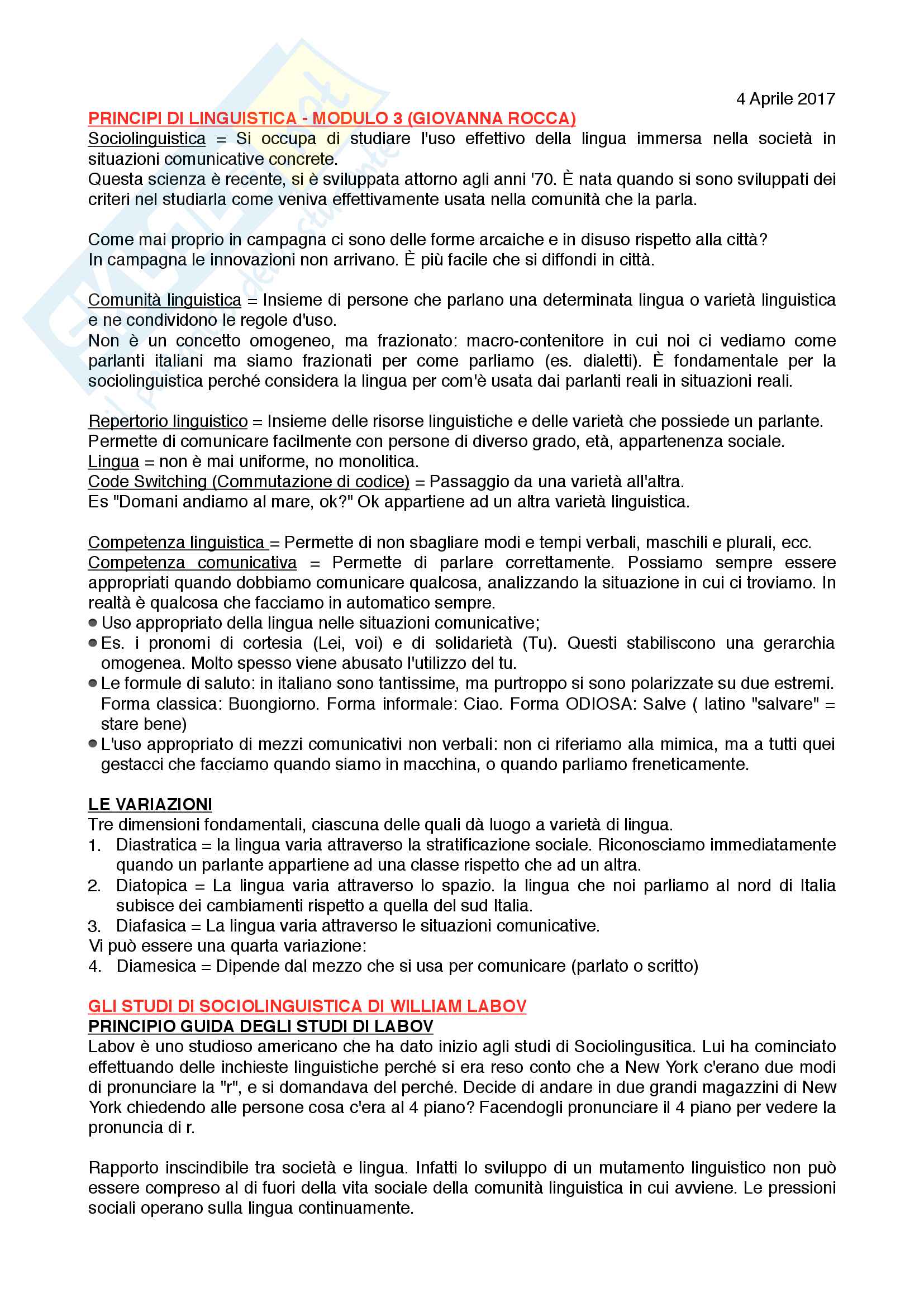 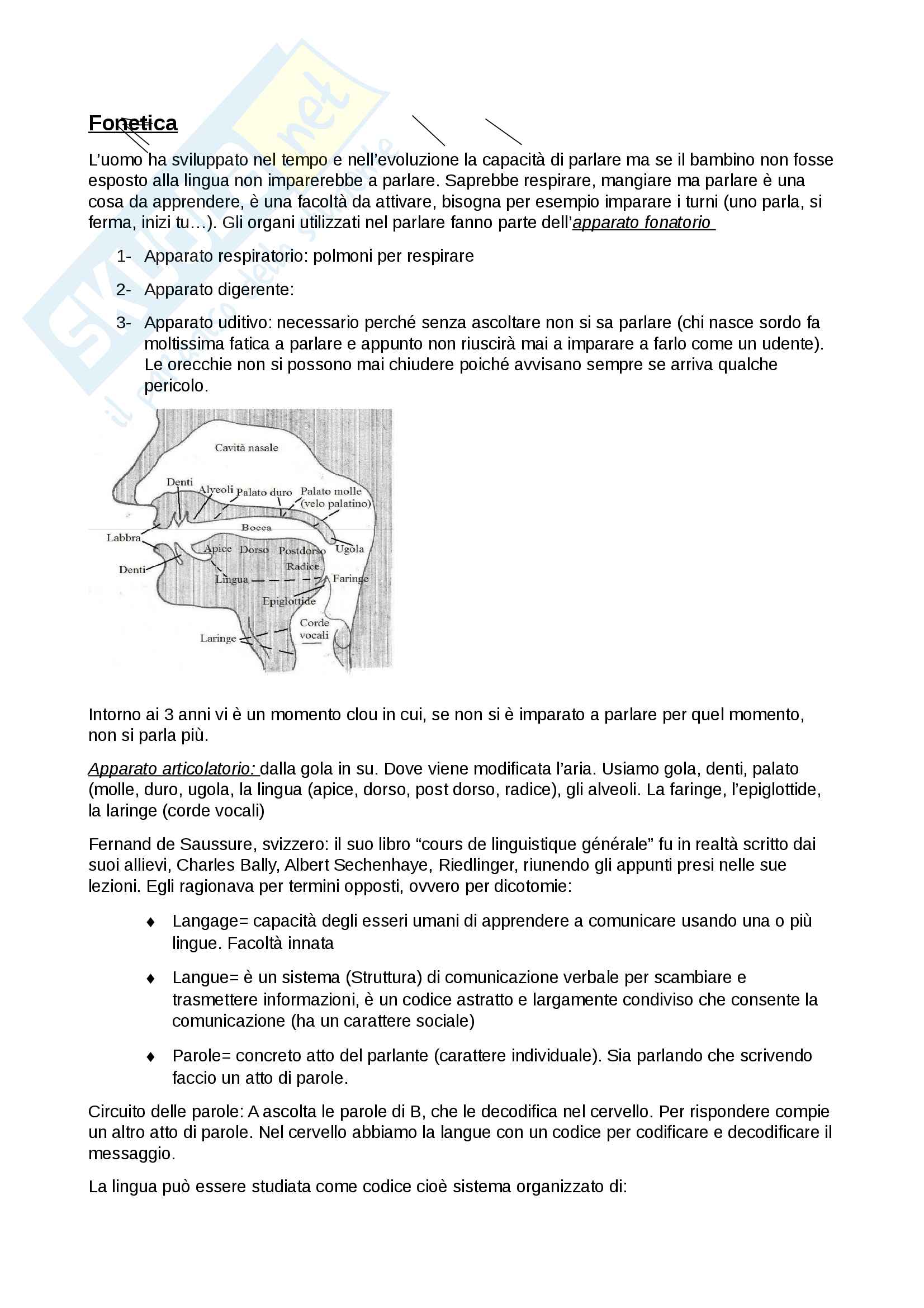 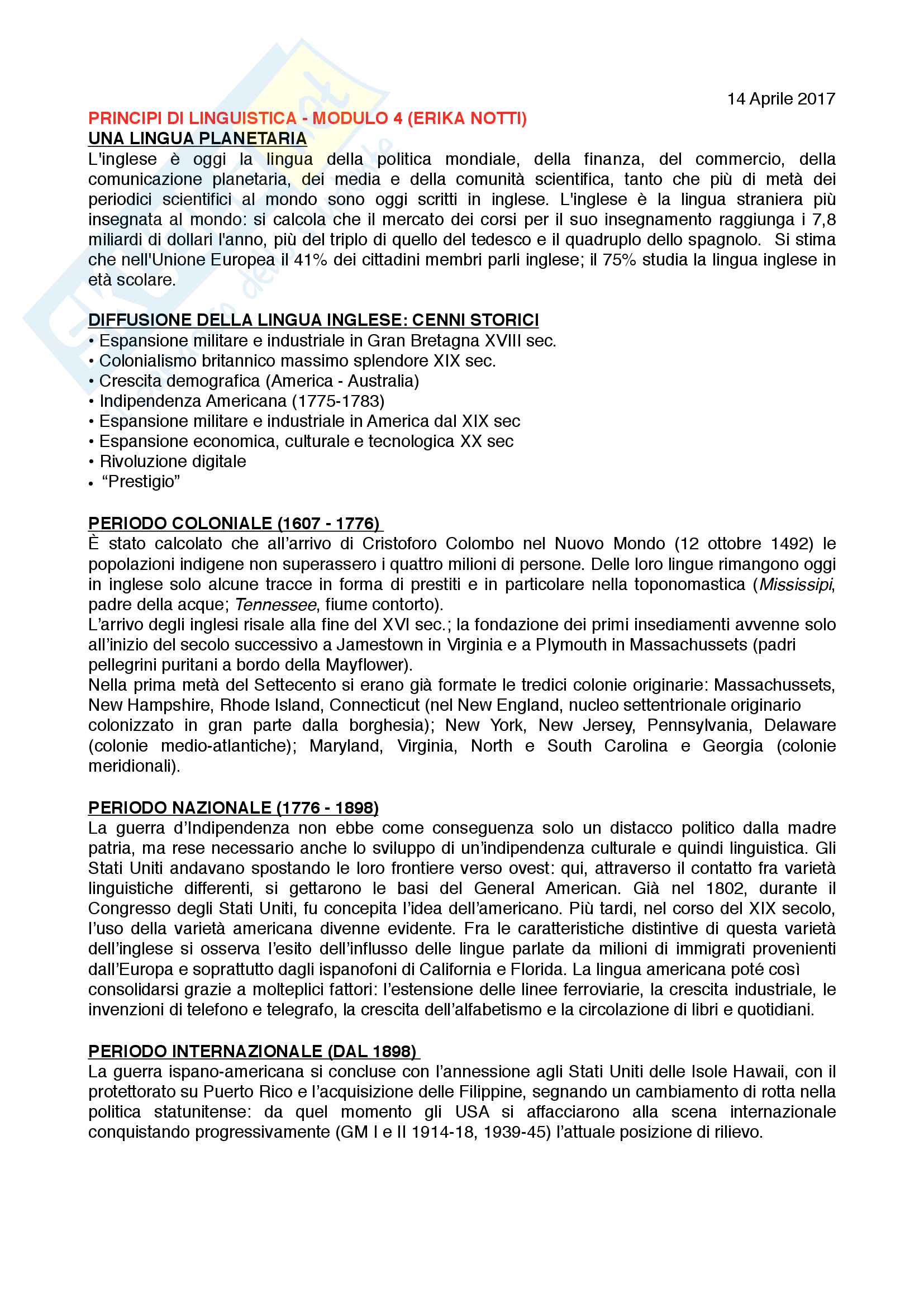 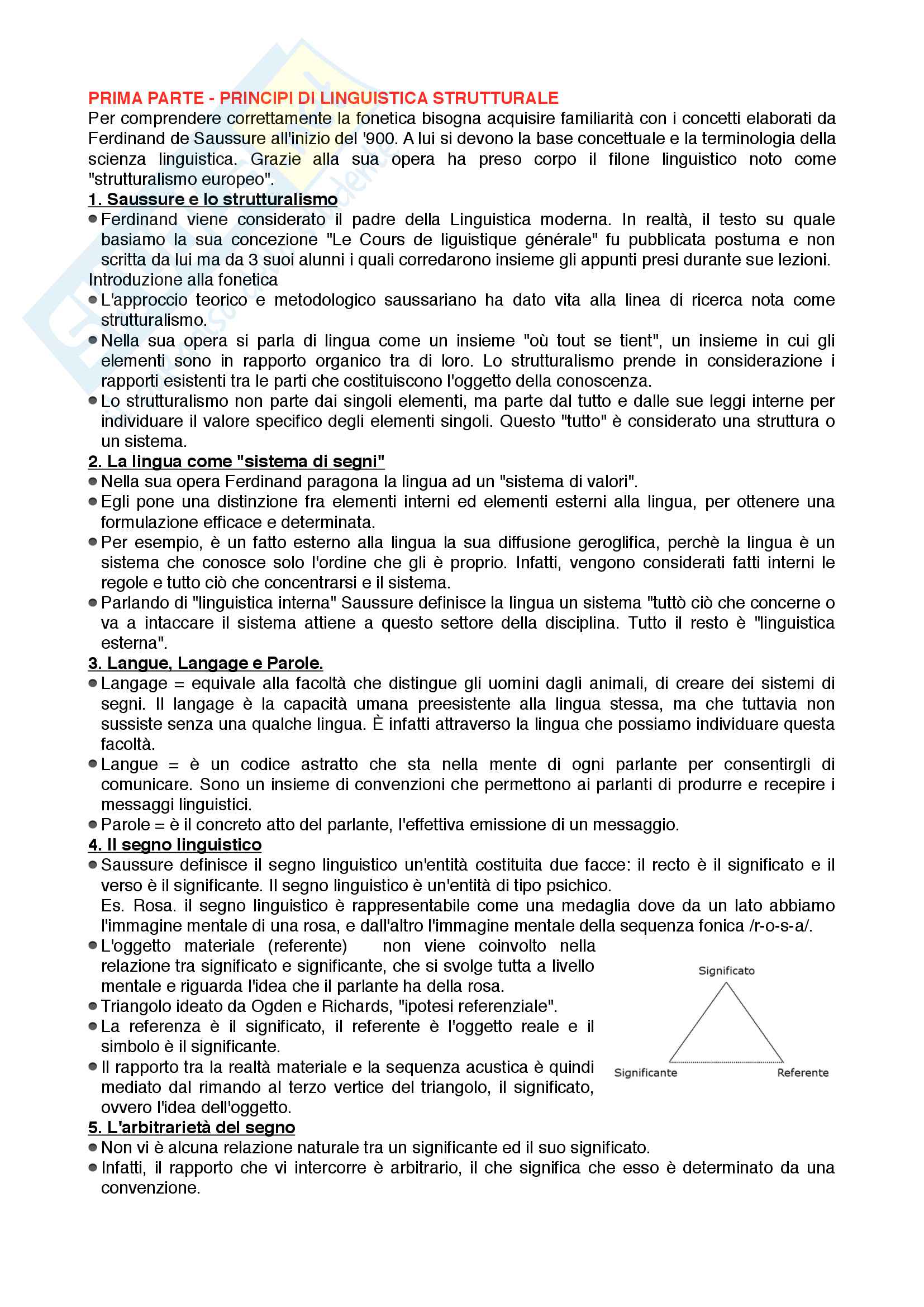 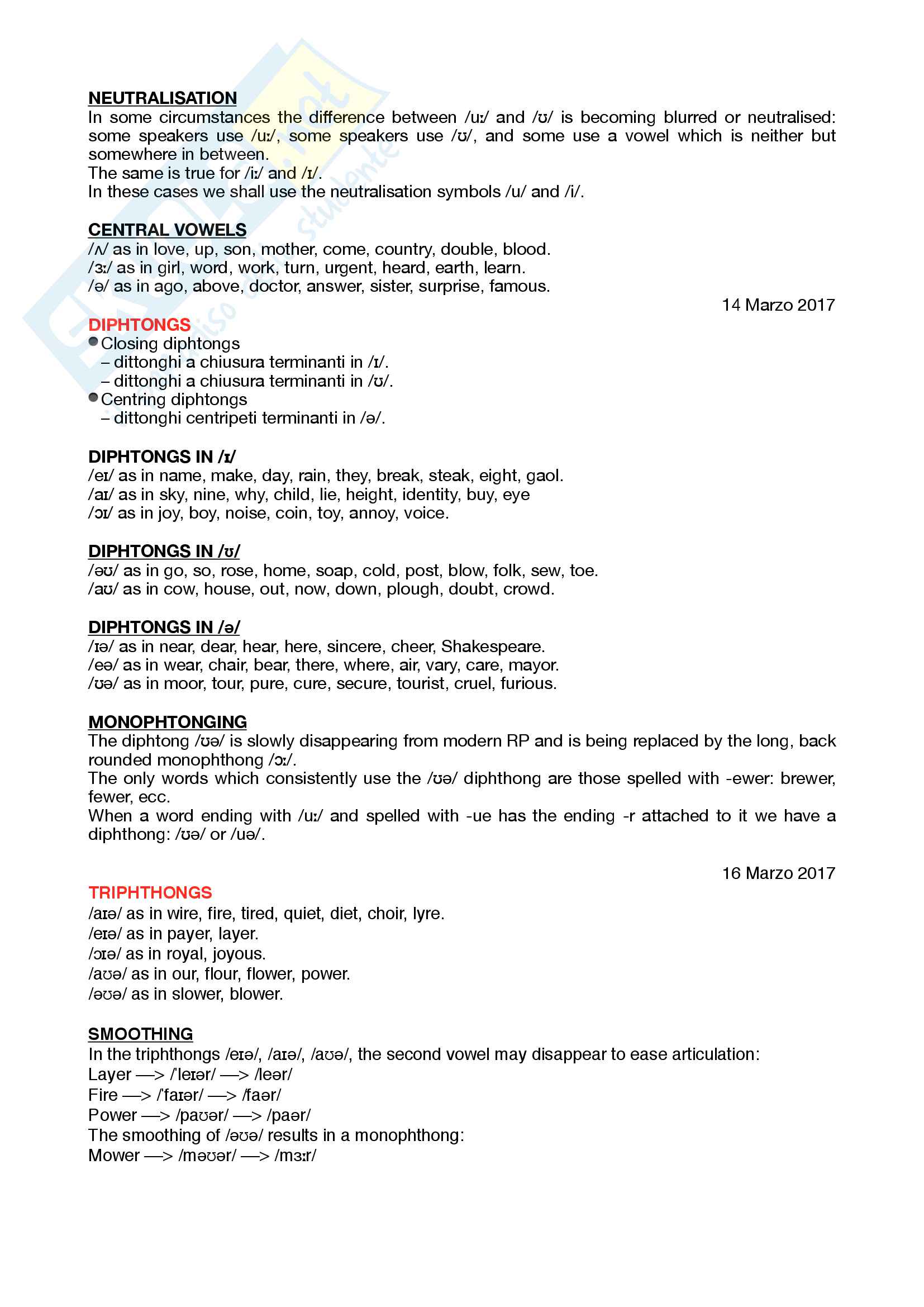 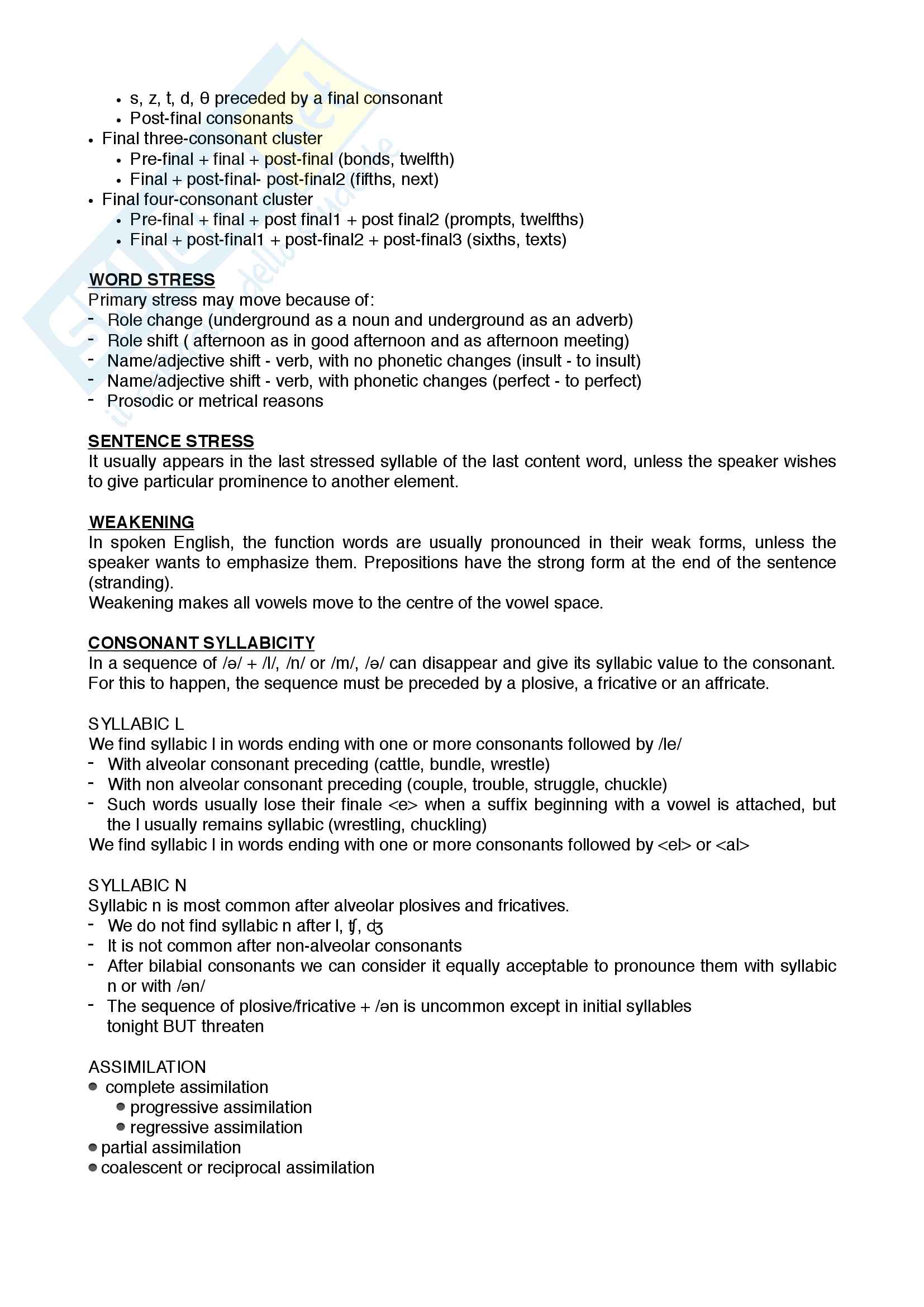