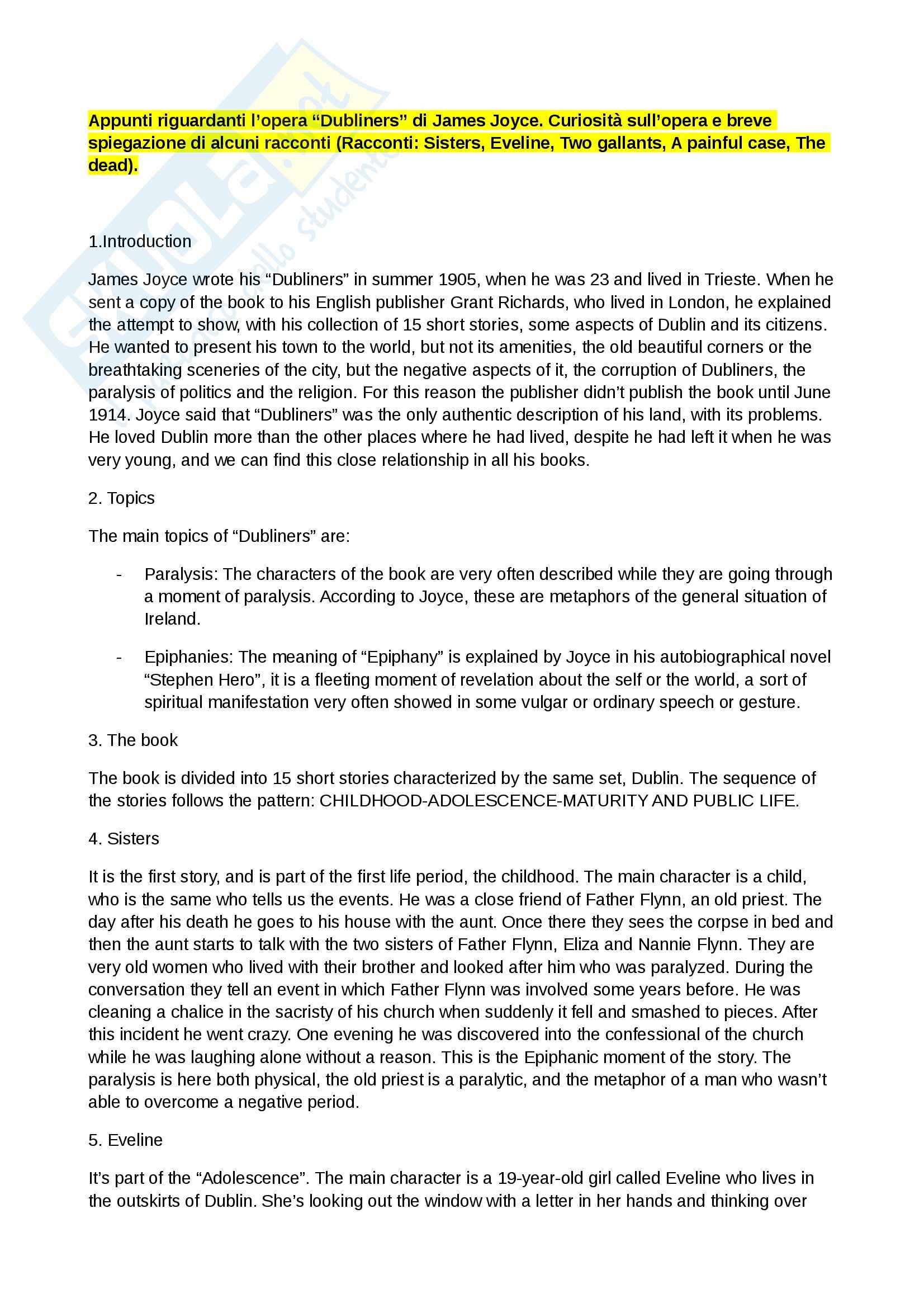 are other red apartment blocks. She would have left her house that evening to go to Argentina with

her boyfriend Frank on a ship, but while she’s thinking she hears a familiar sound coming from the

street, it is the melody of an organ, the same old song which was playing her mother before the

death and it reminds her of a pledge made the mother, she would have looked after her father and

her brothers until the end of her days. Consequently that evening she experiences the paralysis on

the dock of Dublin when she’s unable to get on board with the boyfriend. The epiphany is the

sound of the organ.

The main characters of this short story are two young gentlemen, Corley and Lenehan. They are

walking through the half deserted Dublin’s streets, it’s evening, the former has a meeting with a girl

who works as a maid for a rich family. He has seduced her with his charm but he wasn’t really in

love with her, his target is the exploitation of the girl in order to steal cigars, money and other

objects from the family. When he reaches the girl they start to talk while Lenehan observes the

maid, dressed like a Virgin Mary, with a light blue pullover and a white skirt, she’s not beautiful

because, with broad nostrils and big teeth. Then Lenehan walks alone along the main streets of

the town until he meets again Corley after the meeting. Here there’s the Epiphany of the story,

when Corley shows a gold coin in his hand stolen by the maid from the house where she works.

We can consider this as the point of departure of the collection, because it is reported a real

situation which Joyce observed an evening when he lived in Dublin. The event involved a boy and

a girl who on the sidewalk were unable to speak because of their embarrassment. Joyce found in

them the mirror of the paralysis of the modern society. The characters of Corley and Lenehan

The main character is Mr. Duffy, a middle-aged bank cashier who lives alone in the suburbs of

Dublin. He’s meticulous and methodical. An evening, during a concert (he was in love with Mozart),

meets a good-looking married woman, Mrs. Sinico, wife of an Italian sailor. She was at the music

hall with her daughter. They are reciprocally attracted and they start an innocent relationship

because he doesn’t want to have any kind of problems with her husband. Duffy break up with her

after one evening when she starts to caresses him. Four years later he’s reading a newspaper in a

pub and discovers that Mrs. Sinico, who had become an alcoholic, had been hit by a train at

Sidney parade. It is a suicide. He becomes very sad and starts to wander around the town and

Phoenix park, where he used to go with the lady. He sits down on the top of a hill to reflect about

life, his loneliness and the world. The Epiphany is the news on the newspaper. He mirrors the

It’s the last short story and the longest one. The main character is Gabriel Coneroy (the name of an

Archangel) who has invited to the annual dinner at the house of his aunts, it’s Epiphany. During the

party he shows his protestant ideas while he quarrels with a Catholic woman. He feels himself

superior. After the end of the dinner he sees his wife absorbed in her thoughts while she is listening

an old Irish song, the LASS OF AUGHRIM, sung by Mr. D’Arcy, a tenor. Later in their room she

explains that that song had reminded her of her former boyfriend, who died when they were still

boys. His name was Michael Fury ( another name of an Archangel). She’s sad and refuses to

make love with Gabriel. Before sleeping he thinks about life and those people who died when they

were still young. In this story the Epiphany is the old song listened by Mrs. Conroy. The characters 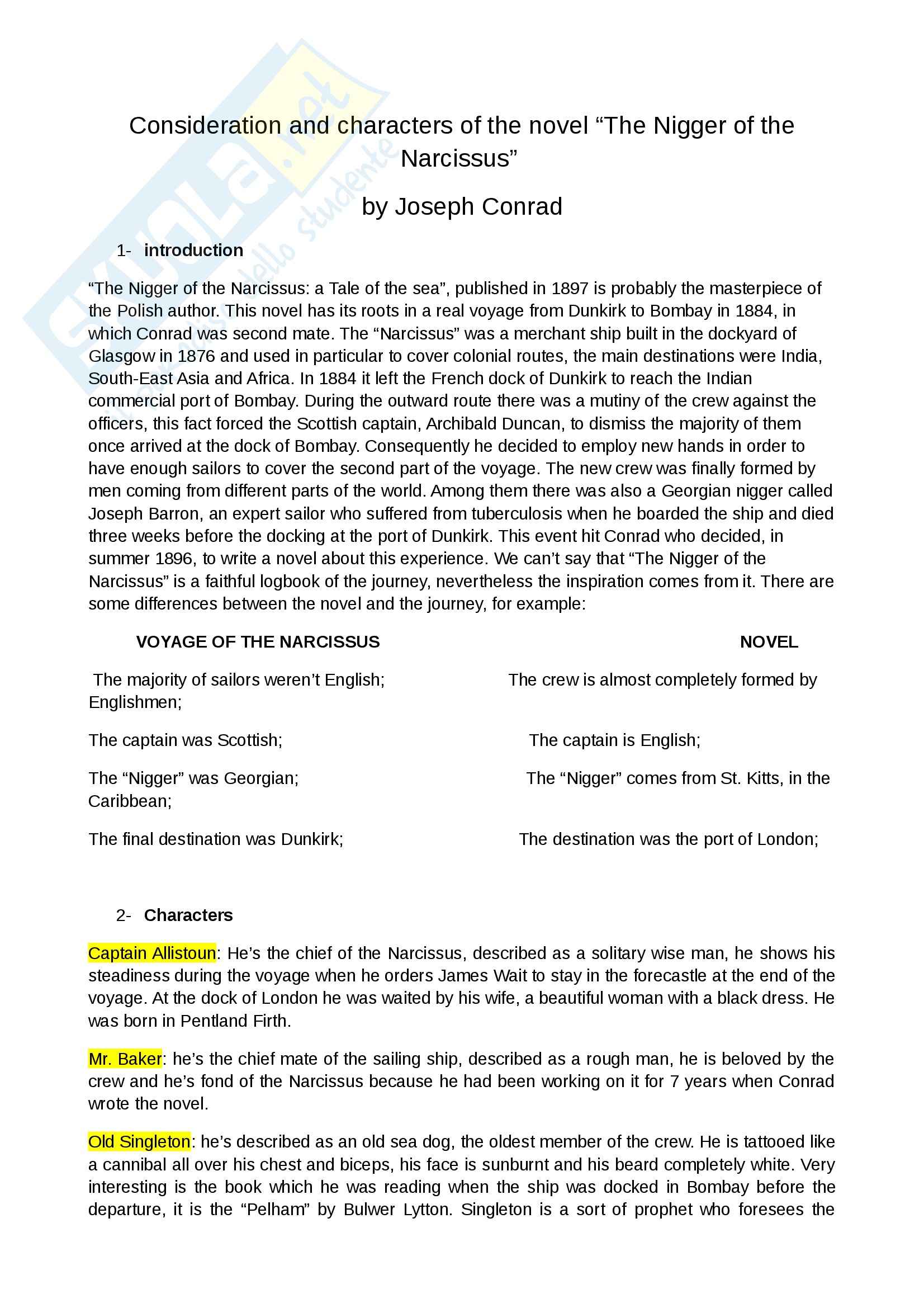 The nigger of the narcissus, conrad, letteratura inglese 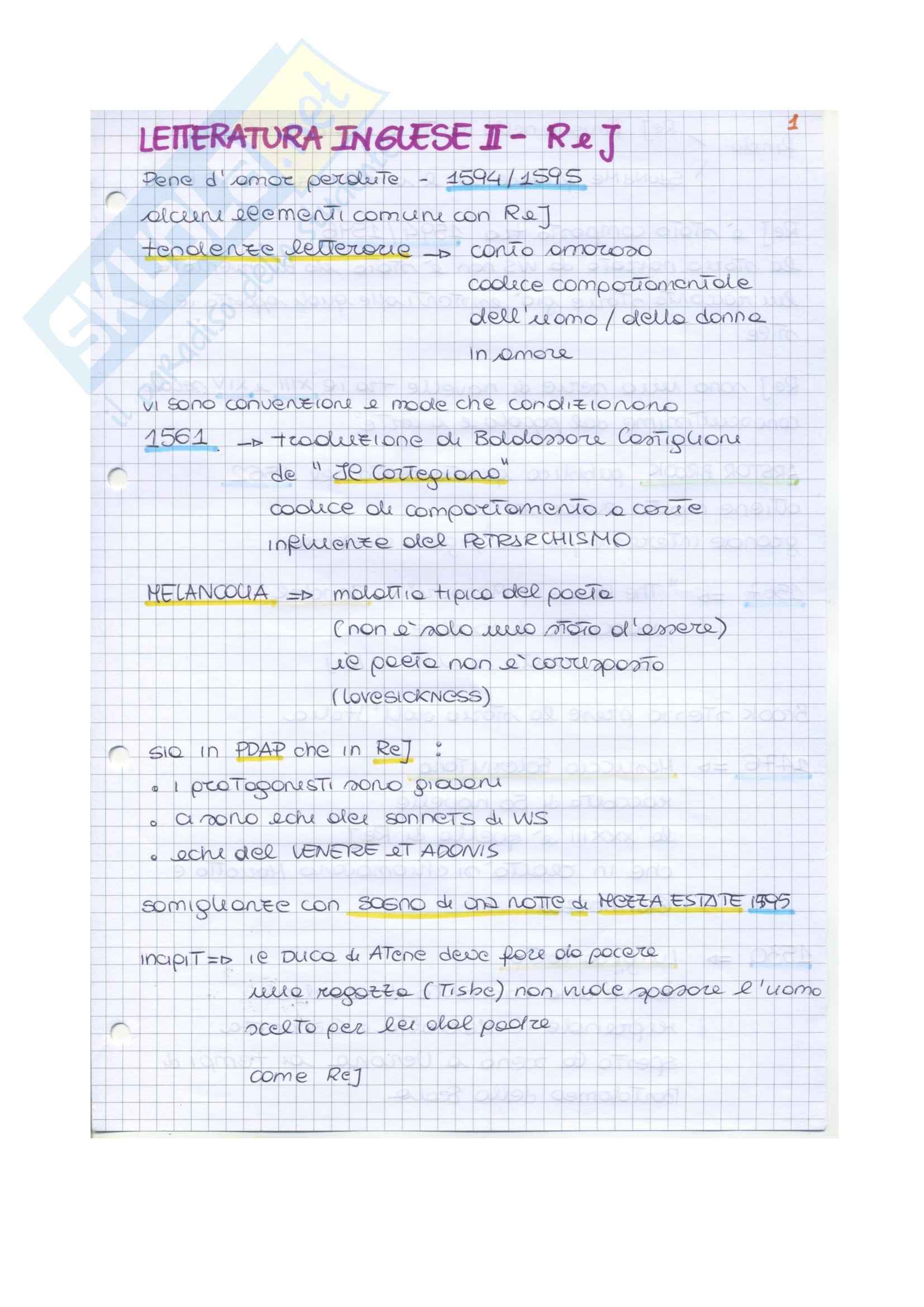 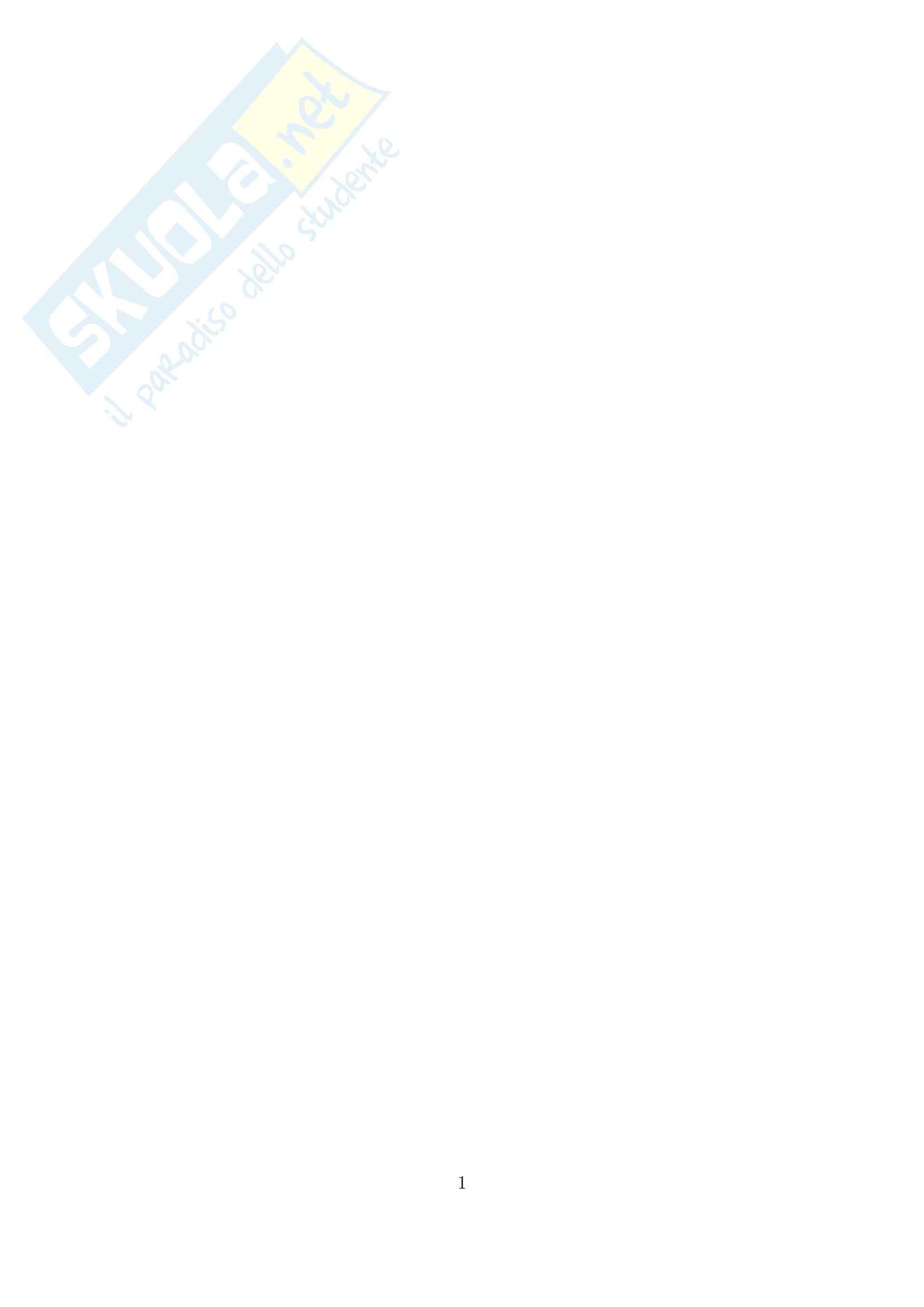 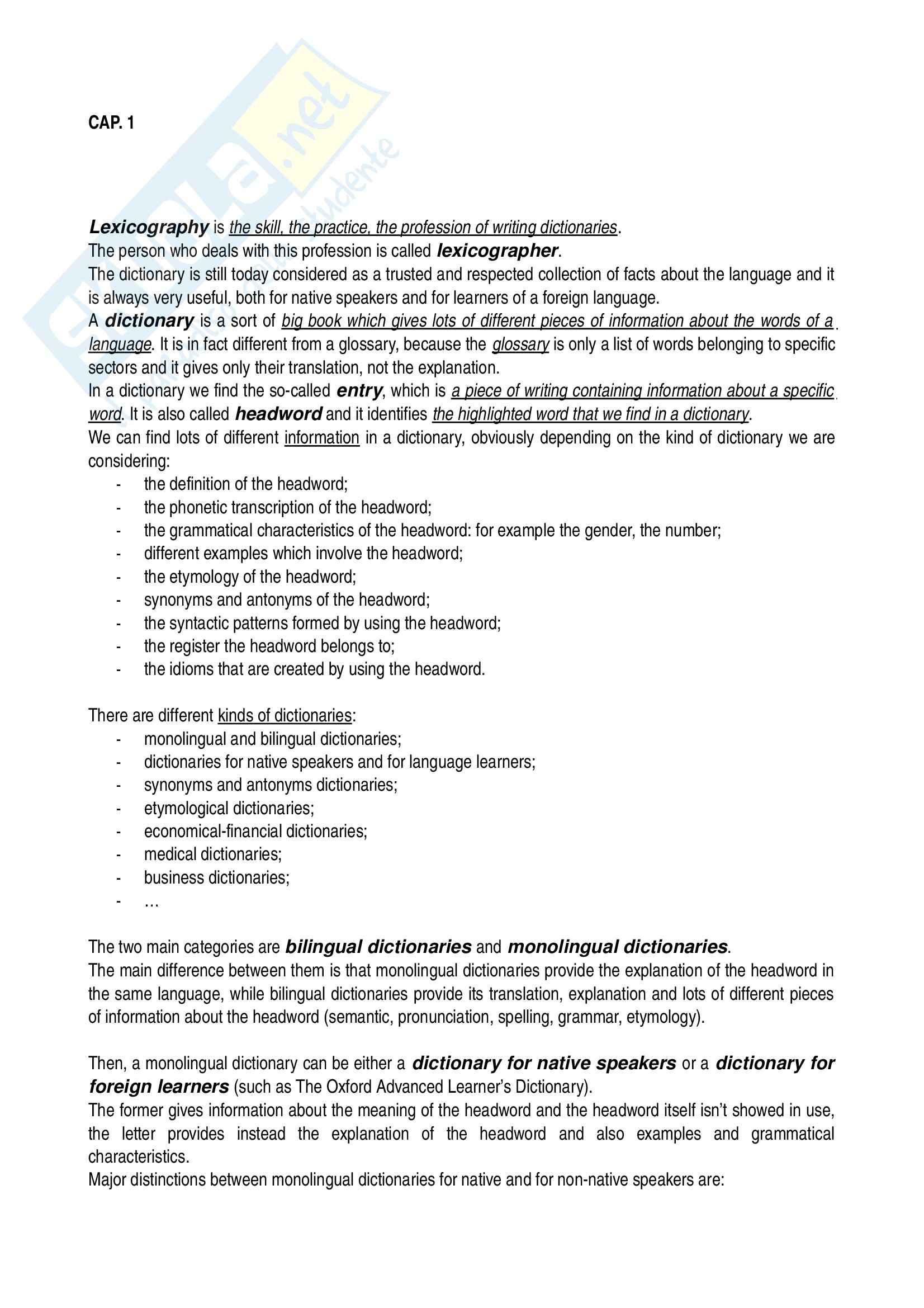