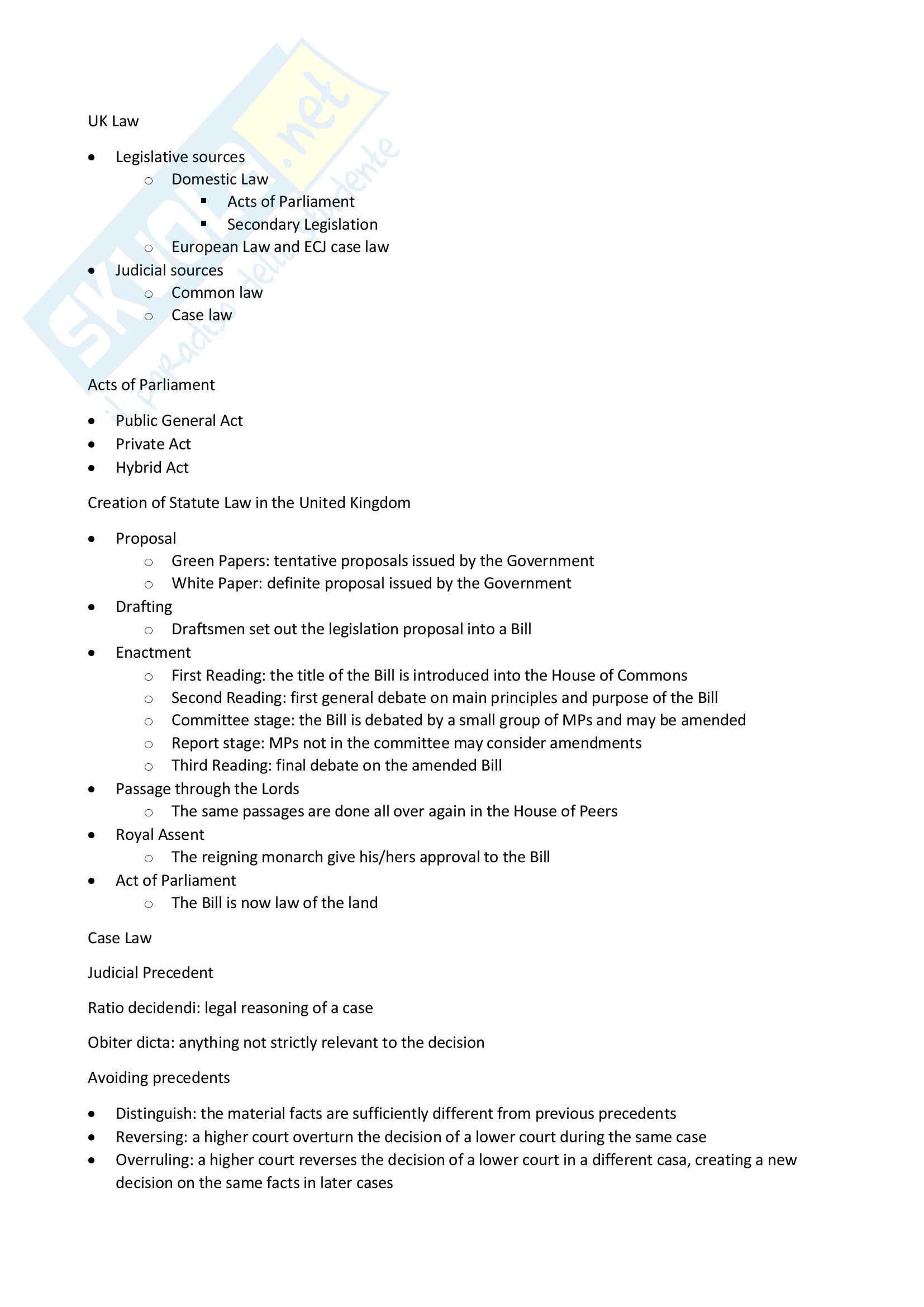 Supreme Court of the United Kingdom

binding lower courts but not itself

binding lower courts and itself)

o The state has the major investigator role

 Injuction: a court order directing to a person to do or to refrain to do a particular act

 Specific performance: court order which compels a party to perform their part of a contract

 Rescission: allowing innocent party to have the contract canceled

 Rectification: correcting a document in order to reflect the exact intentions of the parties to it

Procedement of a civil law case

 Mediation: a third acts as a go-between the parties

o Starting: the claimant sues the defendant on a legal matter

 Offers to settle by payment into courts

o The claimant must prove, on the balance of the probabilities, that events occurred a claimed

o If claimant wins, the court will deliver judgment

o Either party may appeal to the Court of Appeal

A prosecutor prosecutes a defendant

 Commencement is responsibility of the Crown Prosecution Service

 Offences are classified as follows

 Prosecution must prove that defendant is guilty beyond reasonable doubt 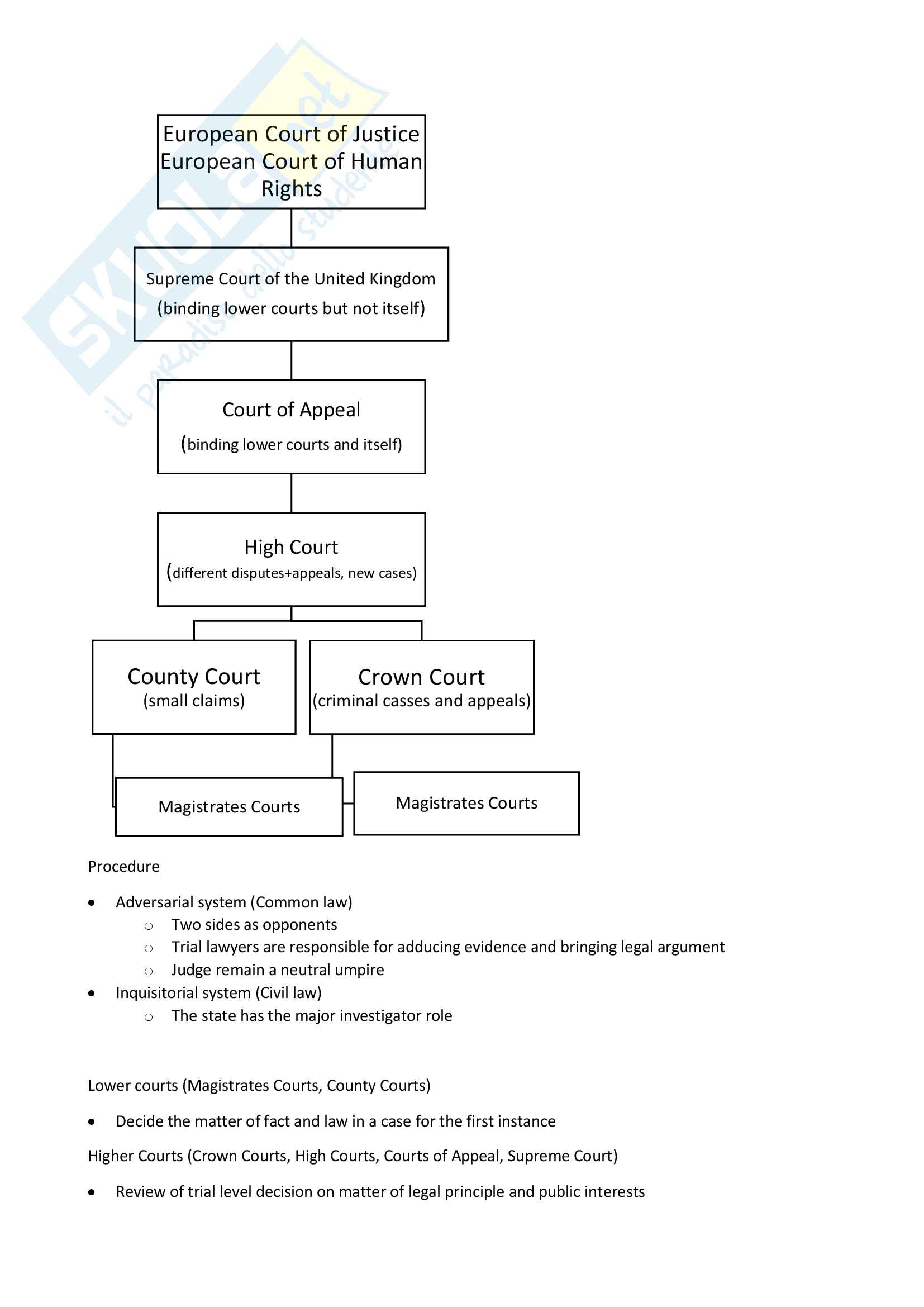 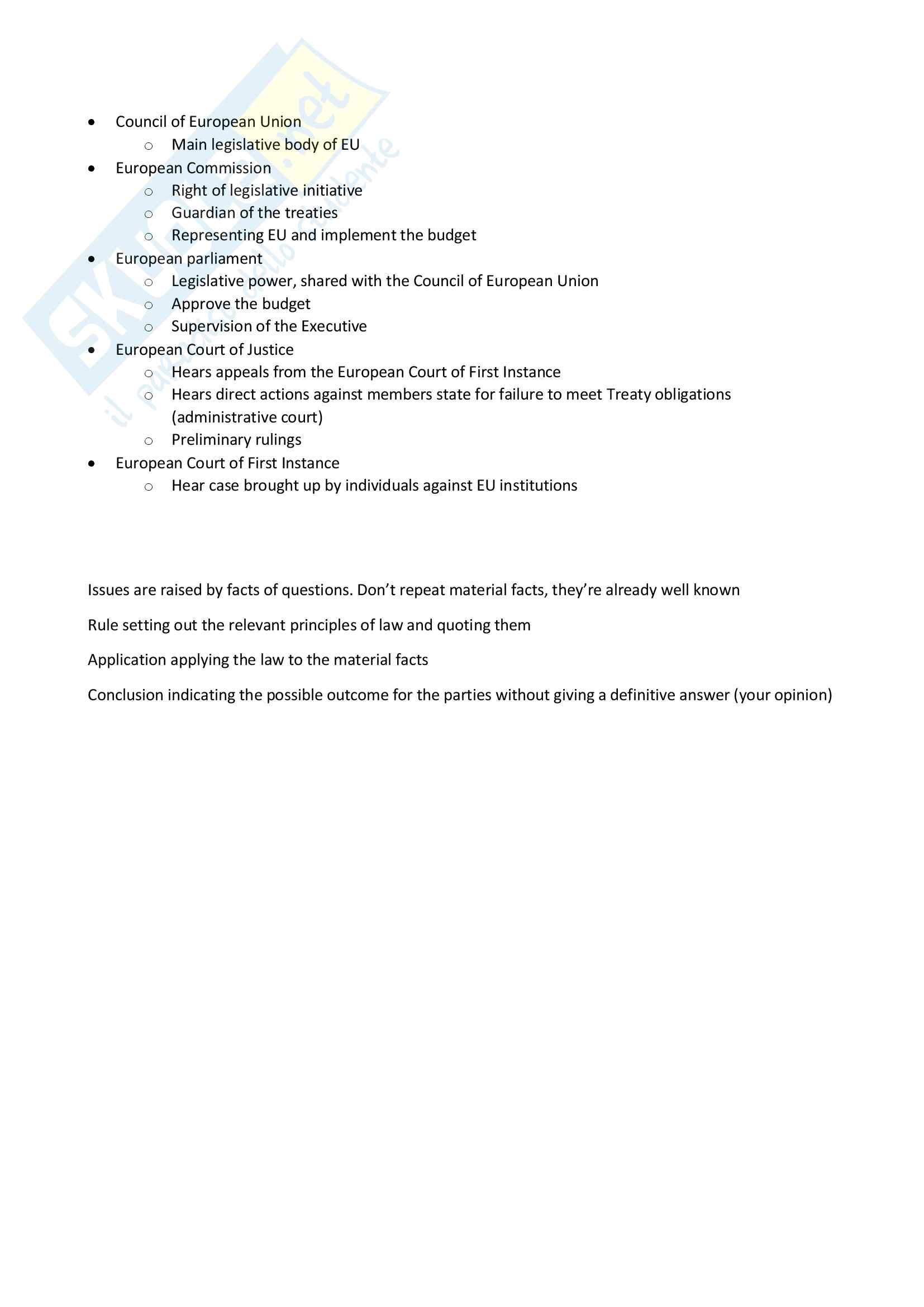