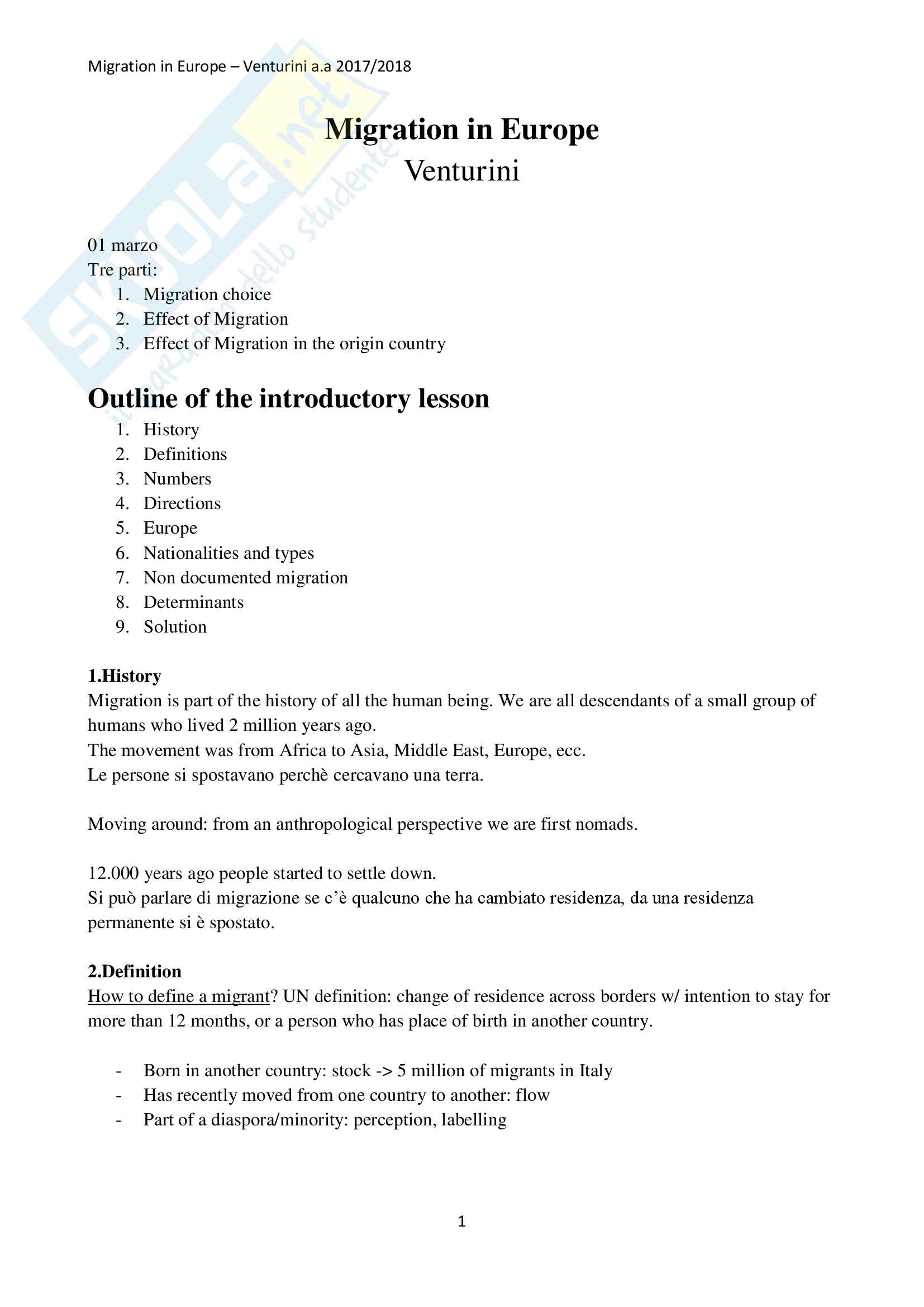 How to measure migration: problems. Connecting questions to data choice.

Migration is a very complex phenomenon to measure and to follow.

➢ move to another country,

But who are the migrants? International or Internal?

- Who do we measure? Migrants definition issue.

2. Country of birth: population born aboard

3. Country of citizenship: foreign population regardless its country of birth. Country of

Two main issues in defining and measuring the place of residence:

1. Duration of stay: very different, depend on administrative rules of the different countries. At

Some citizenship acquisition involves the loss of previous citizenship, others do not.

The definition encompasses changes that have been applied for by the individuals, but not i.e.

“Immigrés” people born aboard and

then go to France.

Why? Many countries lack a system for the continuous registration of international migrations (or

do not publish the data). Among the countries that process the data varies the scope and the

- Technical reasons (difficult to distinguish between migrants and commuters etc.)

- Bureaucratic reason (they do not change residency)

Stock of migrants in Spain

Difficult to cover this phenomenon. The

Who do we measure?

- Short-term migration: at least 3 months but less than 12

- Include movements different in nature

How many foreigners live in a country? 20

How many have left?

What do we measure?

- Flows: n. of migrants who move in a specified period (usually one year)

- Inflow immigrants: out flows of migrants

population (fertility minus mortality) and net migration (inflows minus outflows)

The overtaking by migration

fertility was higher than migration.

How do we measure?

Destination vs origin statistics (direct vs indirect): counting who is in.

originating from his country in all other countries of the world

-The Institution of destination countries

1. the census: control of the size of the

can register at a local office also if you

- The Institution of origin countries are:

large inflow due to post-war

Who is a migrant in the EU statistics?

Based on the change of usual residence.

- Duration of actual/intended stay of at least 1 year

Changes of usual residence between EU MSs are migrations. It does not include short-term

Asylum seekers not included in population counts in many MSs (unlike refugees).

How many migrants in/to EU-28?

Either dependent or independent variables can be:

This is a model of type A: continuous dependent variable.

B1 refers to a DUMMY explanatory

variable (Male). The movement of

There are four different types of data:

- Cross-sectional: sample of observations taken at a given point in time (ex. Counts)

- Time series: observations on a variable or several variables over time (ex. Follow people to

- Panel (or longitudinal): consists of a time series on a same individual

Endogeneity occurs whenever the explanatory variable (regressor) is correlated with the error term.

- Measurement error: error made in measuring the dependent or the explanatory variable.

Ex: wages is an information that people not always want to provide. Difficult to measure the

sample information data itself correlated with the error.

Causality indicates that one event is the result of the occurrence of the other event.1

Example 1: Smoking might be correlated with alcoholism but it is not a cause of it.

Example 2: Immigration might be correlated to the total level of crime in a specific region or

province, however it is not a direct cause of it (see next example).

Causality is compromised by endogeneity other driven factors affecting the choice.

How many EU born migrants?

Born in another MS (blue)

The large part is family member. Main gate of entrance.

Work is a minority. The labour workers are in minority in comparison to family member.

Across EU countries, there is a large dispersion in the composition of new migration

A comparison of labour force survey

and of OCDE standardized permit data

Country of new immigration: IT,

reunification. Increasing because of

Reason for migration is the most important determinant of outcomes for new arrivals, but there is

some convergence over time

Reason for migration: the single most important determinant of outcomes

An important factor for policy: only labour migrants are directly selected. But category of migration

is rarely considered in analyses of migrants’ outcomes.

humanitarian migrants, but still lower than the native-born.

One quarter of foreigners in the EU are citizens

of Turkey, Romania, Morocco and Poland

We have legally resident population, some of

them are resident population, but some of the

Some of native born are person with foreign

background (foreign-born parents) and some are

Some of foreign-born are ever international migrants,

some are descendants of foreign born (II generation).

But net migration is not right if you want to

understand the outflows from a country of origin,

the migration pressure and gross migration

defined as the NUMBER OF EVENTS divided

An example of estimating net migration (from vital statistics)

Replacement migration is a solution for declining population?

in the size of a population, declines in the population of working age as wall as to offset the overall

ageing of a population.

The research in economics is conditioned upon the dataset available, we use the economic theory

and the statistical knowledge to overcome data limitation.

• Why people does move?

• How many people does move?

Average GDP per worker as

% of EU average in selected

Change in the global

Many theories and many approaches: 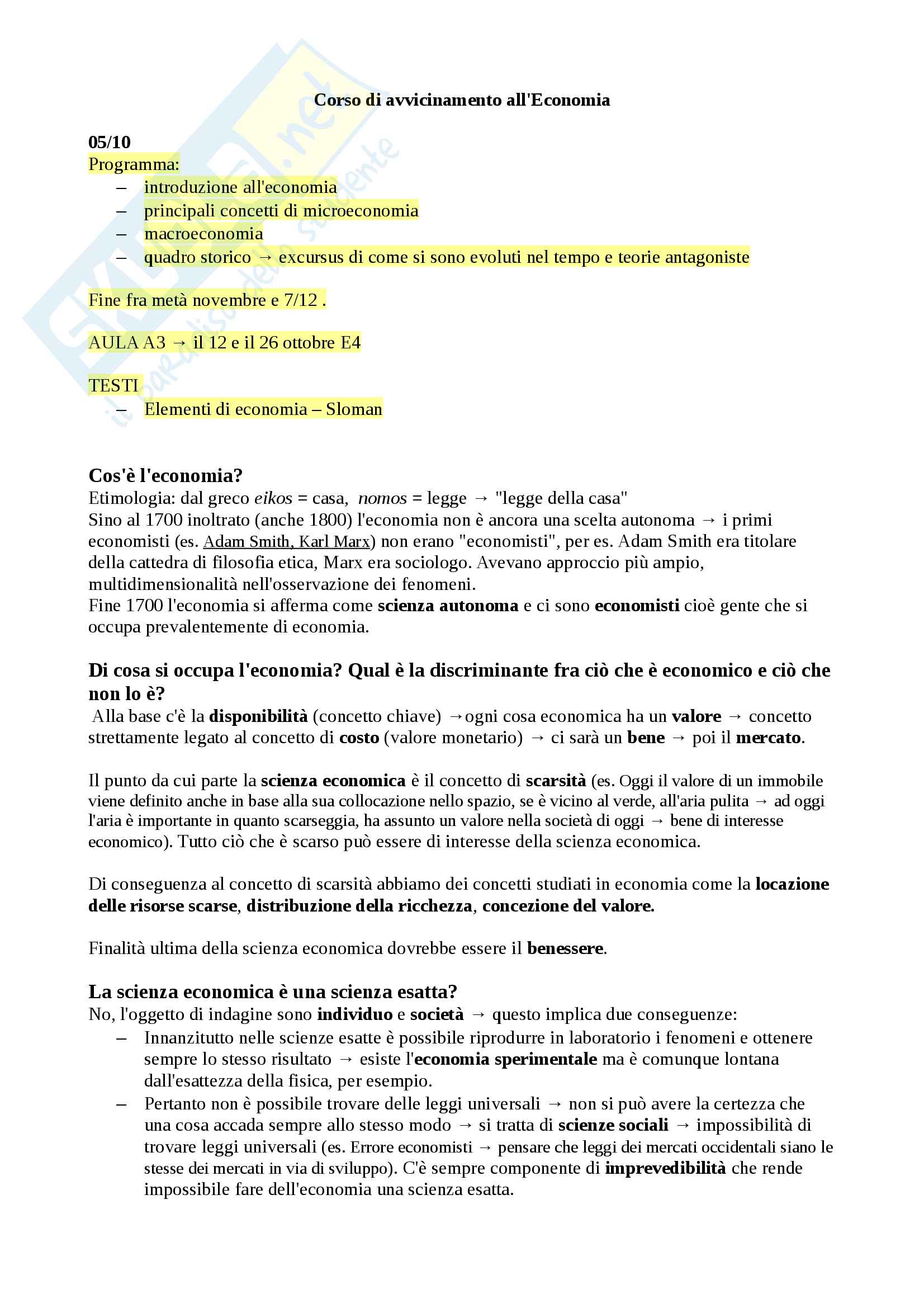 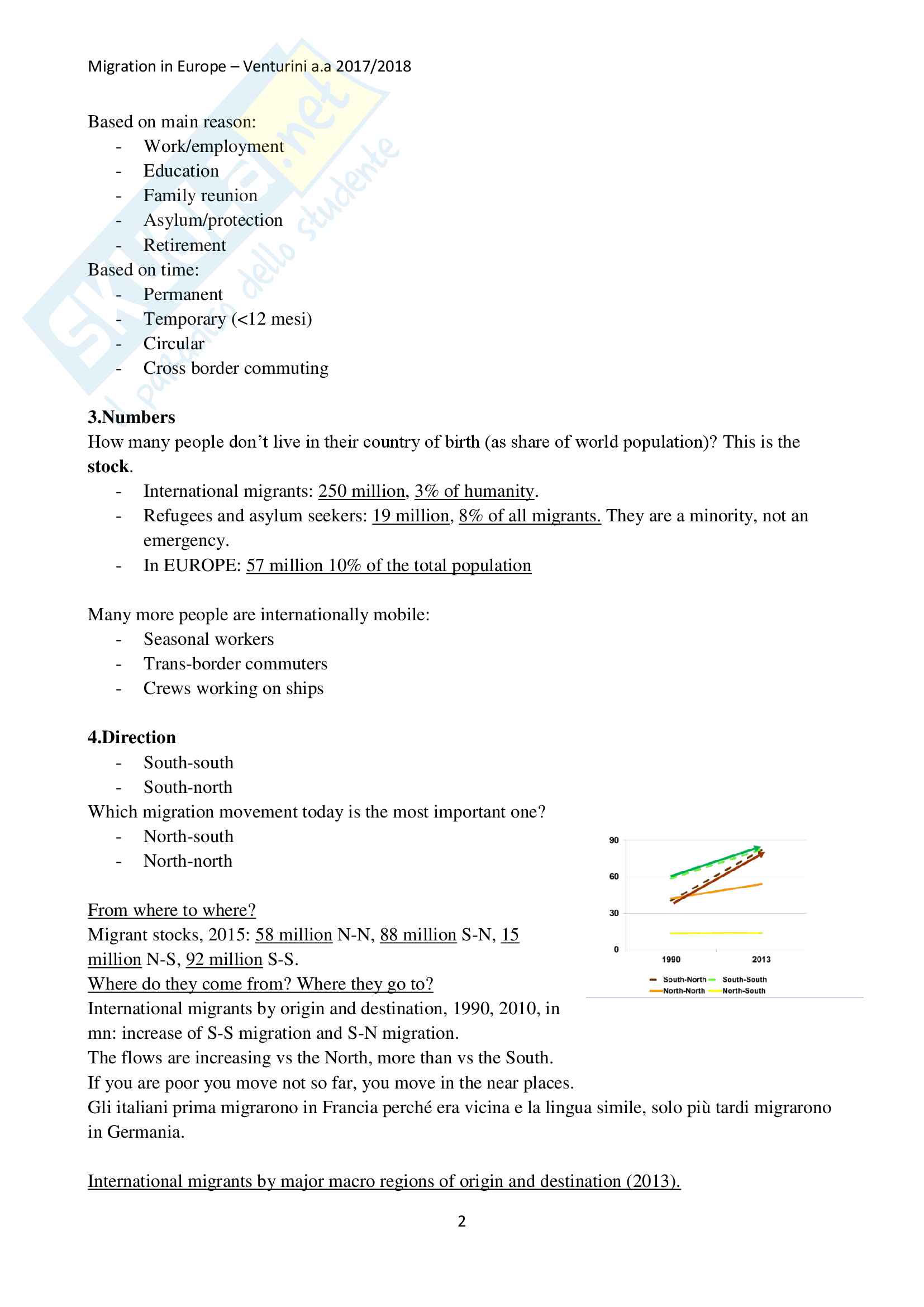 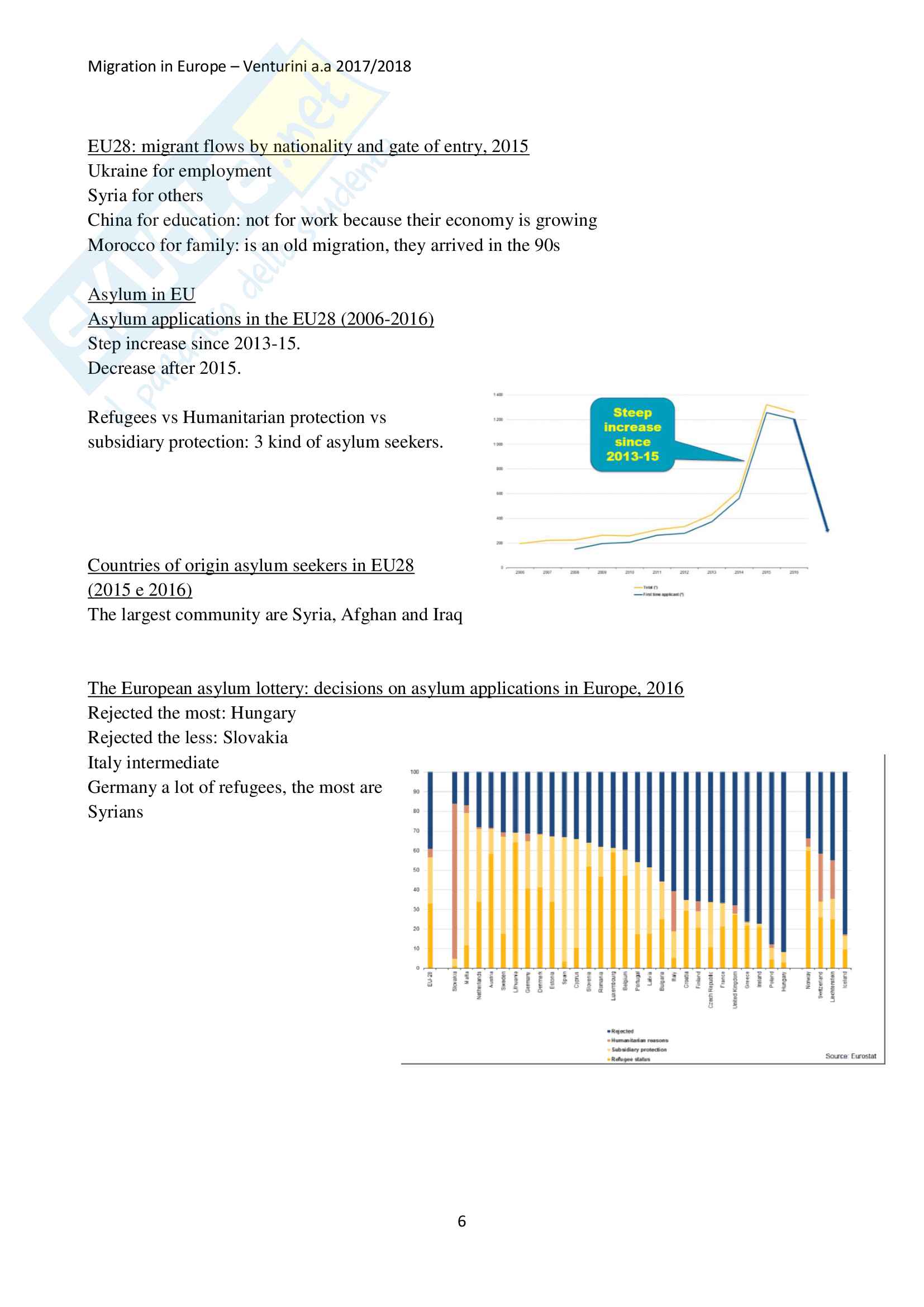 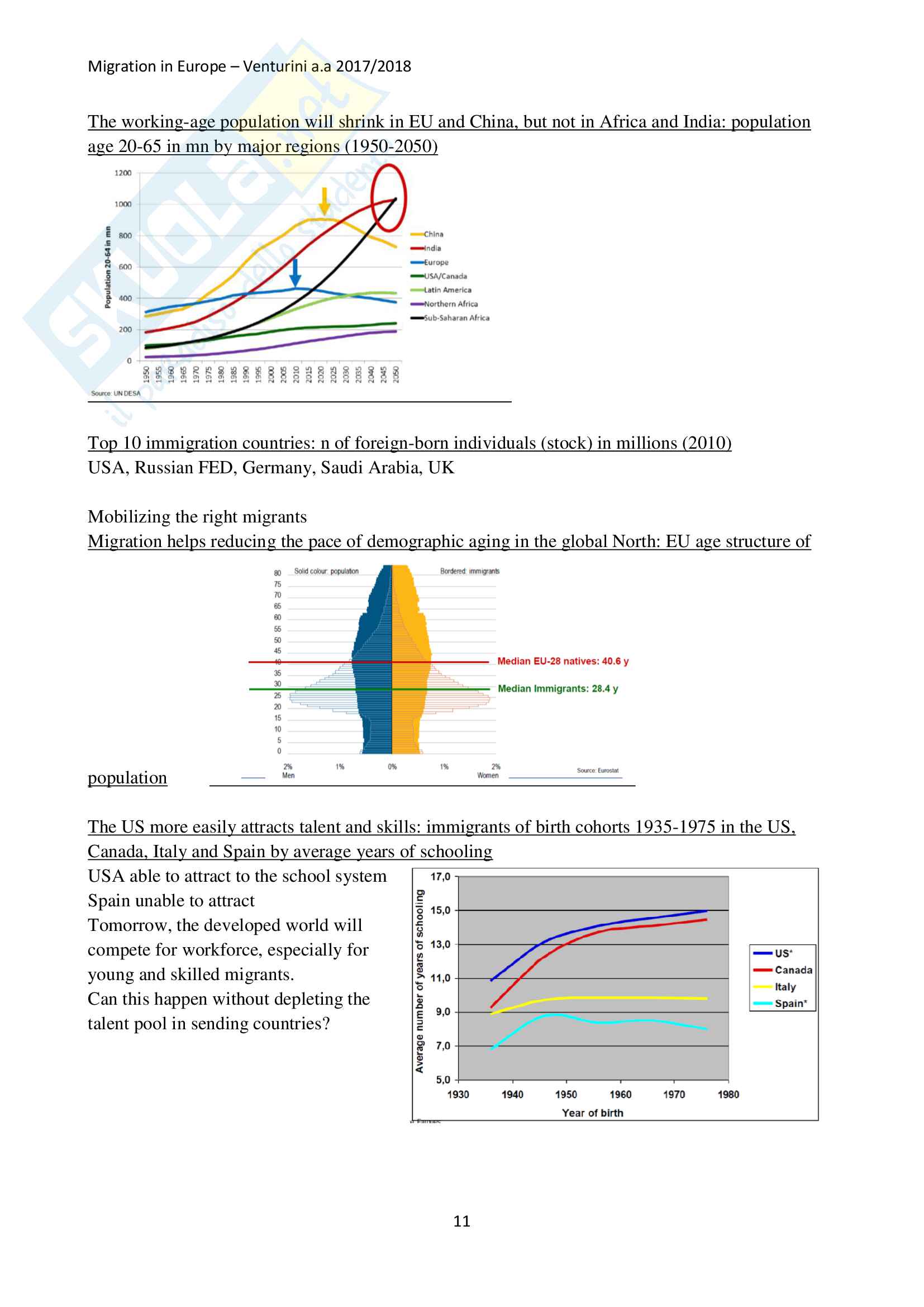 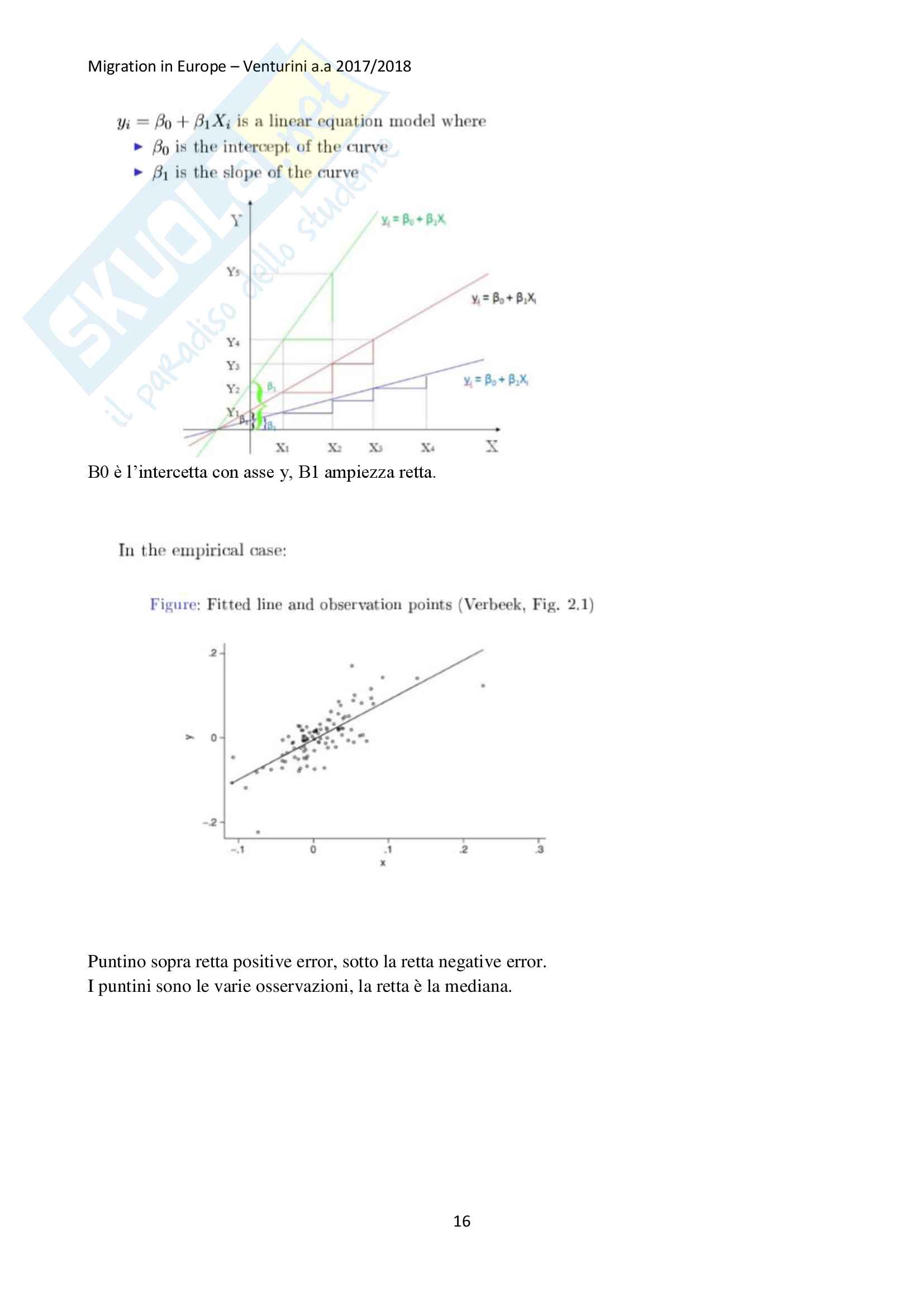 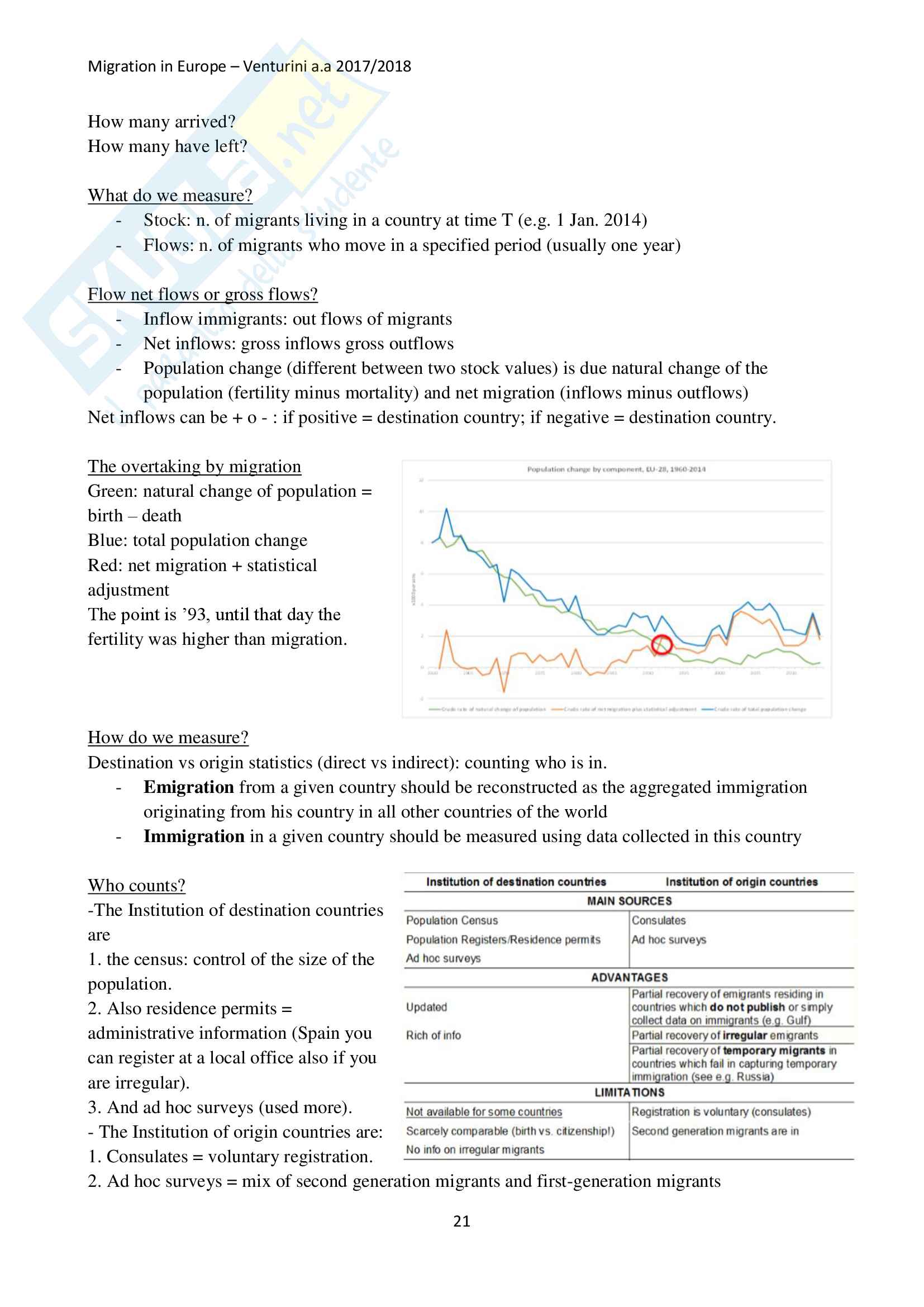 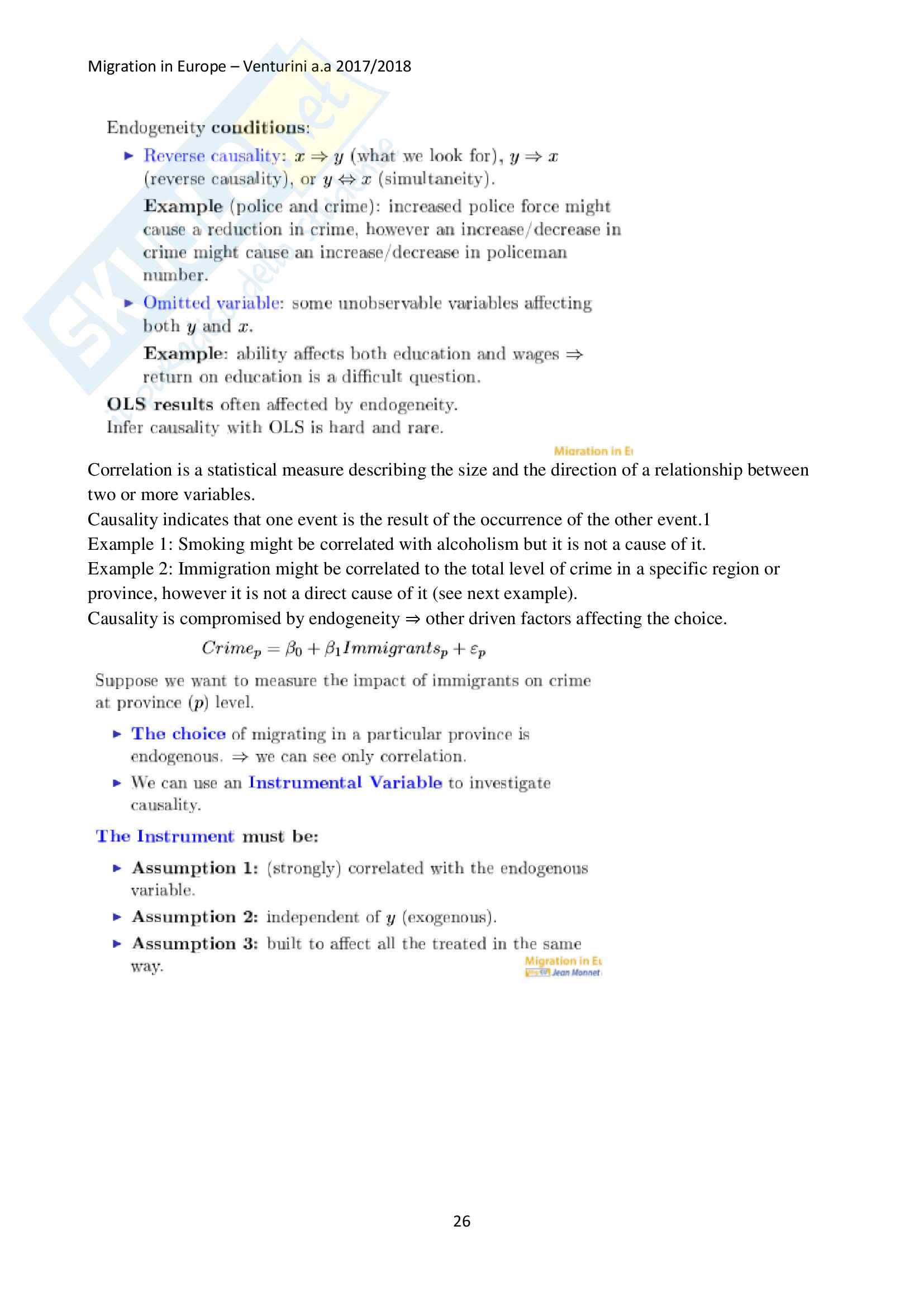 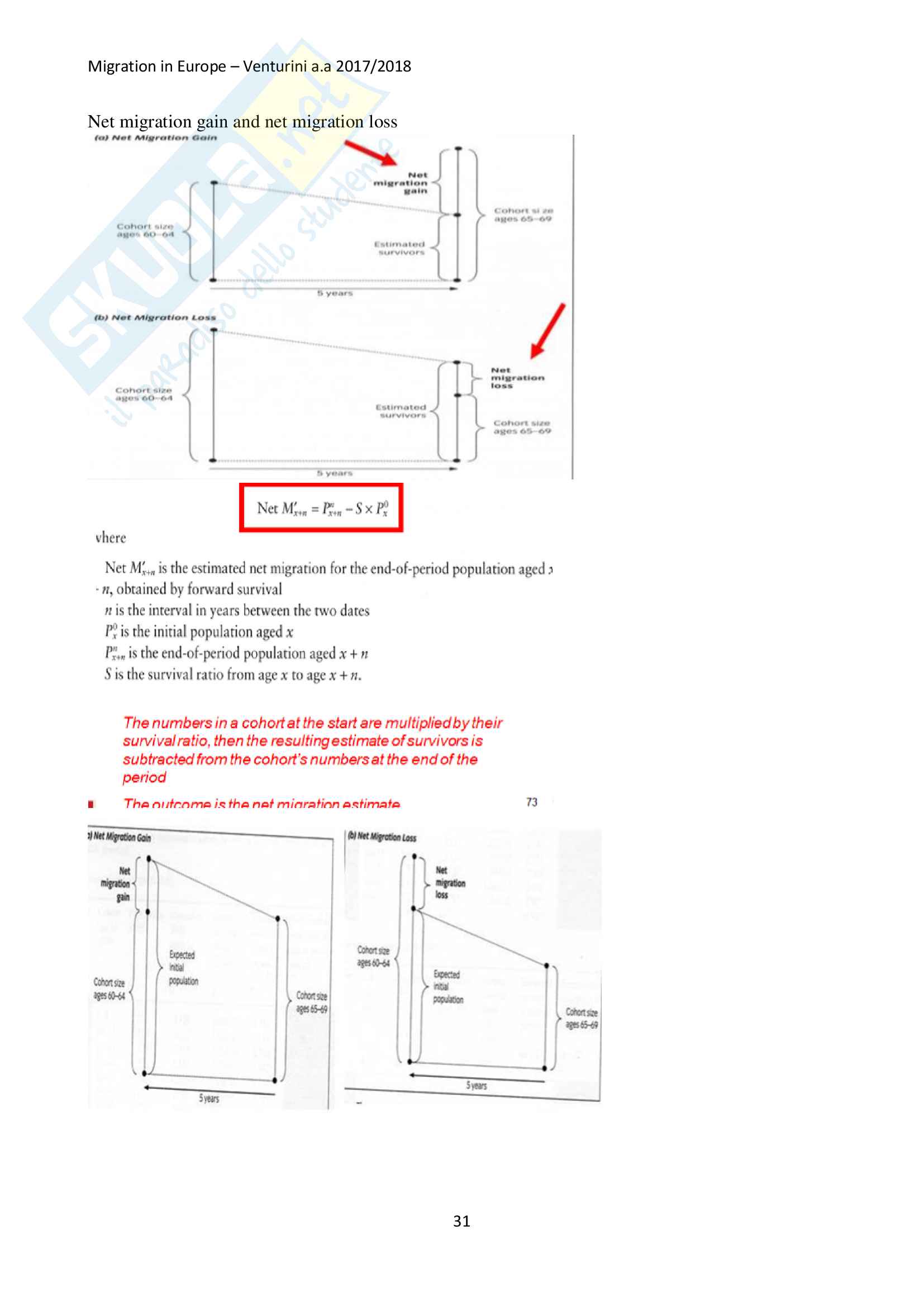 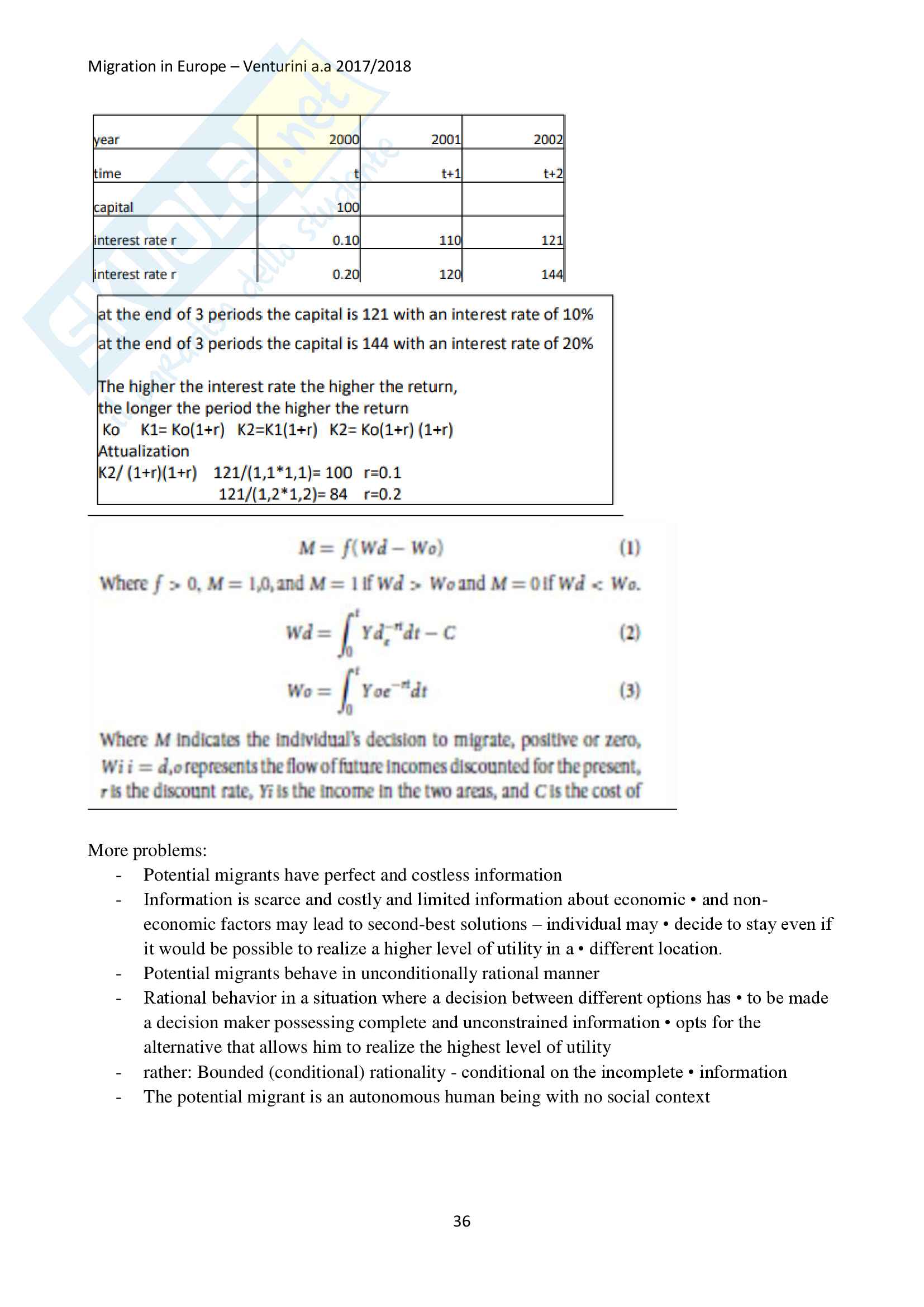 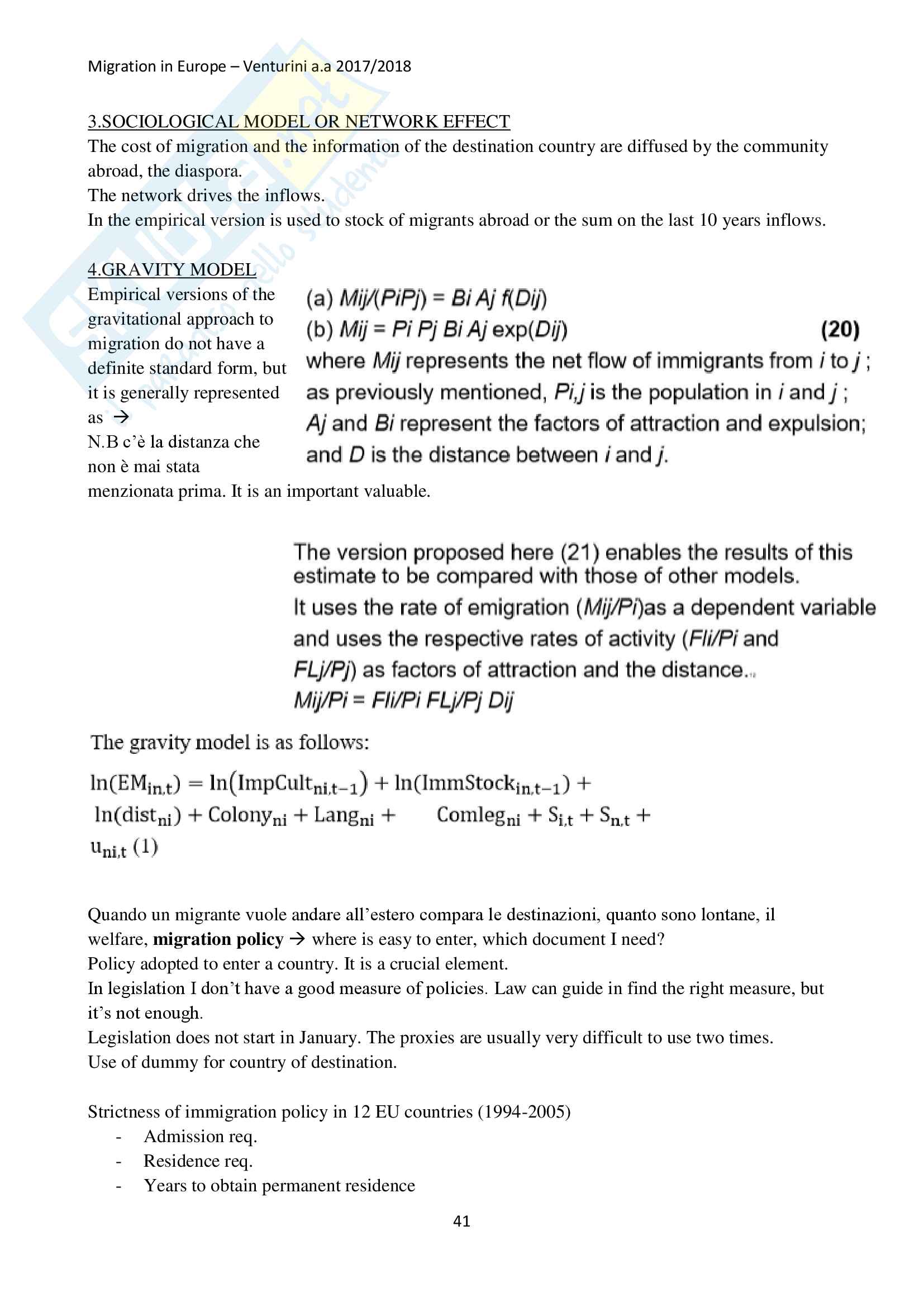