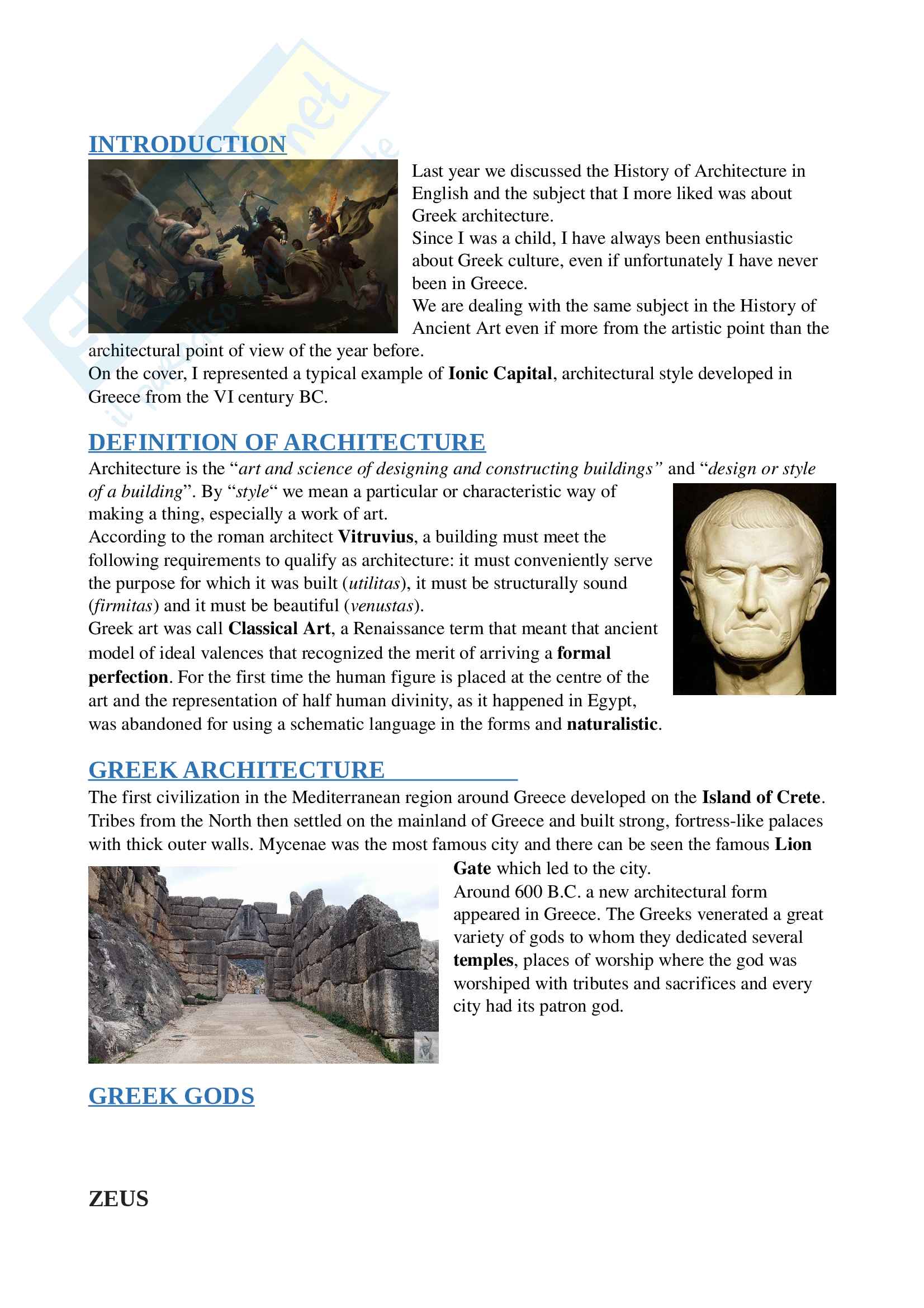 section above the columns contains much of

the traditional ornamental decoration of the

temple: the a long band that surrounded

the building, is the primary surface for this

decoration; it can be continuous or broken up

into segments¹. Above the frieze is the

pediment, which contains some of the largest

and most elaborate sculptural decoration on

The cult took place outside of the Greek temple, not inside. The temple housed the statue of worship

of god or goddess for which the temple had been built; the statue is in the main chamber called the

The temples were constructed with stonewalls and wooden roofs that protected the cult statue inside.

Some examples of these constructions are the and the

temple of Herod at Paestum

The was built in Italy about 550 BC, during the Archaic Period. The

outer columns or are well preserved and typical of early Doric temple designs. The temple

The of the columns in close spacing suggest that the

architects were primarily concerned with supporting the roof and this

Following the V century BC after the sack of Athens by the Persians,

the temple of Athena. The Acropolis also included an entrance gate west called the Propylaea and

two other temples, the temple of Athena Nike and the

The is often considered the culminating achievement of in Doric

temple design and the dominant ratio used in the structure can be described as an algebraic formula:

These were adjusted to create the if the outermost

columns of a temple are surrounded by light, they appear thinner to the naked eye; to counter this

effect the architects made the outer columns thicker than the inner columns, again creating the

illusion of having all the same size.

The Parthenon also set a new standard for the lavishness of temple decoration: dozens of life­size,

or larger statues, adorn the pediments and the entire inner while the outer friezes were carved with

relief sculptures such as this one from the battle between the Centaurs and the Lapiths.

Other ornamentation included or female figures that stood in place of the columns.

The are essentially the building blocks of western architecture, and they have been

used for 2500 years. The Greek developed decorative systems, and that is what we are referring to

when we use term "Classical orders”, there are three basic orders; the the and the