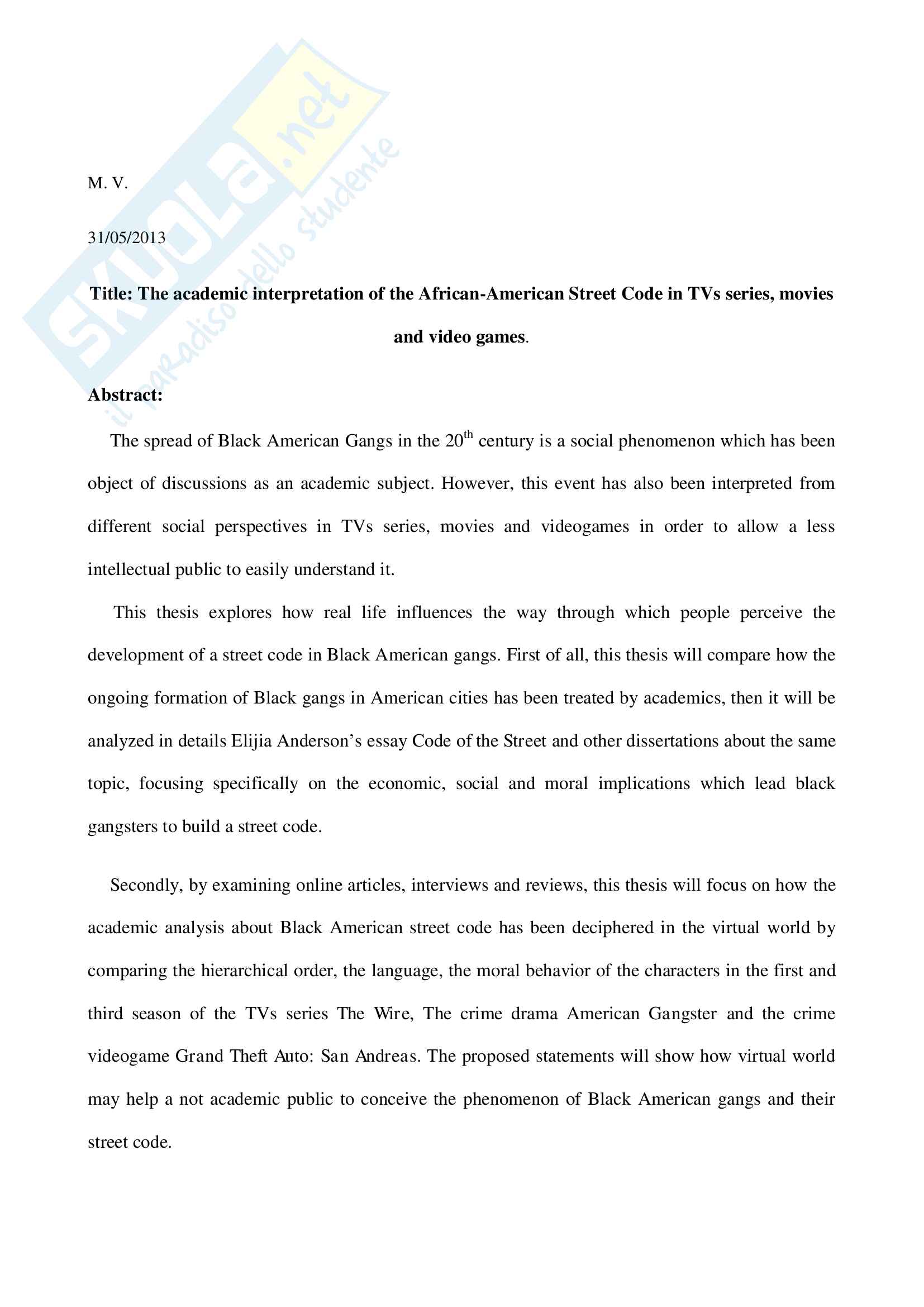 2. The struggle between hierarchy and sense of innovation in the Wire and American

If the pawn makes it all the way down to the other dude's side, he gets to be queen…[but]

The king stay the king.

One of the reasons for Academics underestimating

immoral, greedy, violent and power-hungry men. So why should we trace a parallelism between

HBO’s criminal series and a movie like American Gangster?

One of the series writer Ed Burns was a former Baltimore police detective, so he exploits his

experience to offer a realistic picture of African-American’s

dealing in Baltimore, engaging actors who came from the same back ground as in the case of

Felicia Preston who played the role of "Snoop" from the 3rd season of the series. Similarly, Ridley

Washigton), a black criminal who smuggled heroin into the United States on American service

planes returning from the Vietnam War in 1968.

st a sort of “psychological control”(Anderson

their men. It is relevant that D’Angelo uses the strategies of Chess to explain his crew the roles of

every member in the Barksdale organization (1.03) and paradoxically, Frank and Avon run their

organization through a hierarchical system with themselves as kings and the other members, the

most of them being their relatives, directly below them as their pawns. However, blood ties do not

assure lieutenants to avoid if they make a mistake.

(Avon’s nephew) for instance, is demoted to sell drugs from one of the major quality market of the

city, to because he had killed another drug dealer in

front of civilian witnesses (1.01). In the movie, Frank Lucas punished his younger brother for

drug dealing in a car’s trunk

hiding the daily profit of and let policemen find them during a search.

The two criminals also have They both get their supplies from

outside’s contacts, Avon from a Dominican Organization in New York and Frank from a contact in

Vietnam, their lieutenants give order to several drug dealers who attract customers; "look-outs" are

responsible for watching the police or stick-up gangs coming in their territory. Last but not least,

they both try to keep a "low profile", refraining from displaying wealth, avoiding being

photographed and so noticed by policemen. We can assume that the purpose of these strategies is to

define their role as leaders, reinforcing their respect among the members of their social word, but

what happens when another member tries to fight against the king’s code to get his proper respect?

activity, but for their own benefits (4). Russell Stringer in the

first series) represent perfectly this type of criminal. Differently from the other members grew up in

projects, he is an educated businessman who

West Baltimore’s in the series 3 season attempts to

Frank also proves to be a successful planner. An "enforcer" at the beginning of the movie (he

killed whoever sells drug in Harlem without the consent of his boss),

from Bumpy Johnson, he

drug called “Blue Magic”. Later with the drug profits he will buy several nightclubs and a large

estate in New Jersey, becoming the most powerful boss in Harlem and New York.

Although they are both destined to fail, Frank is arrested after a raid on the drug processing

who robs drug dealers (Omar), their attempt to become part of

“in When D’Angelo explained “pawns

them the (decaying) core of their cities” (Parker 1). that can

only become queens, never kings” (1.03) seems also to suggest that respecting the hierarchy and the

code, rather than trying to be as innovative as Stringer Bells and Frank is the only way to survive in

the violent, heartless and neglected by government’s dimension of decaying inner cities.

3. The relationship between the code and the territory in the Wire and GTA San Andreas.

I see a man without a country

(Tibbs,Conservatibbs.com,2010), but I believe a player can use his knowledge to interpret the

features of the Afro-American

In 2006, The Game was considered interesting because it allows “an audience of young white

live vicariously as a black ghetto hero”(Garrelts,ChristianSauvé.com, 2009).The player’s

Todd Shaw’s “The Ghetto”) and

music on the radio(the playlist includes fighting turf wars against

code since the physical social identity. In the

game for instance, players recognize the territory through the way people in the streets are dressed.

The clothes of CJ’s band (the Grove Street family) are predominantly green, while the Ballas (the

Hispanic gang antagonist in the game) wear purple. In the Wire’s 1 series, the members of the

are Avon’s territory. On the

"Terrace "tower blocks and the nearby "low-rise projects" other hand,

to sign a building’s wall with the gang’s name, trough the technique of graffiti that real street gangs

also use to mark their territories. that of “manhood” (Anderson

through which members of street gangs identify themselves. It may advance that a man faithful to

the street code knows that by protecting his territory he defends also his respectability. In the Wire’s

3 season, after getting out from prison Avon initiates a war over territory with Marlo Stanfield and

his gang to return the only drug dealer leader in West Baltimore (3.06). Avon refuses to accept

Stringer's advice of making a truce (3.10), understanding that his former lieutenant’s purpose is to

take profit from a policeman project of creating a legal drug zone to reduce street crime, known in

the series as “Hamsterdam” (3.04), without caring that the organization has lost part of their

gangsters. In this case, Avon shows to be as adamant as CJ about following the rules of the street

code. when Big Smoke (one of the gang’s lieutenant) suggests to sell drugs on the street

like the other gangs, CJ and Sweet (CJ’s brother and current leader at the beginning of the game)

refuse, believing that selling cocaine will cause members to be influenced by money, bringing them

compromising in this way their honor’s code.

Santos at the beginning of the game, while Avon failed to see that he had been betrayed by Stringer

Bell, leading to his imprisonment again (3.12). Nevertheless, their respect of the street code might

with Stringer Bells and Big Smoke who could be judged, without a

country” (3.08), meaning that their prefer to reject their moral values and consequently losing their

integrity and respectability as man of the code.

The code of the street is a complex social issue to explain but TVs series, movies and games

community. My objective was to explore how real life influences the perception of African-

American gangster’s street code. Firstly, I used The Wire as example to prove how the racial

out how their relation with the street code shapes their behavior as criminals. Finally, the value that

firmly connected to their racial identity, their cultural background and their idea of manhood. In

conclusion, the subject of the street code is an open field for anthropologists like Anderson to

analyze, but the Wire and pragmatic narrative, like GTA realistic details about

gangster’s life may offer alternative studies of this social dilemma 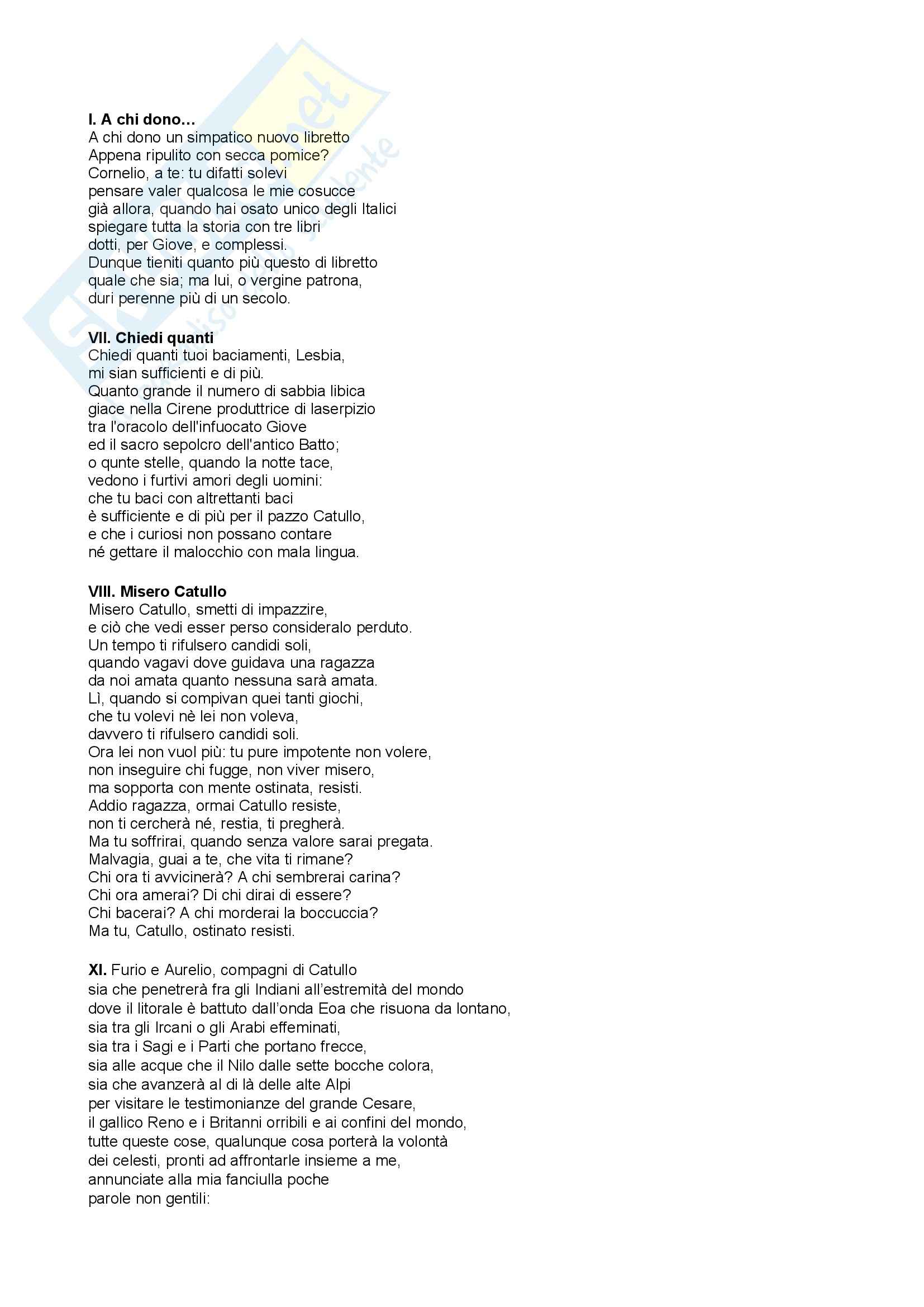 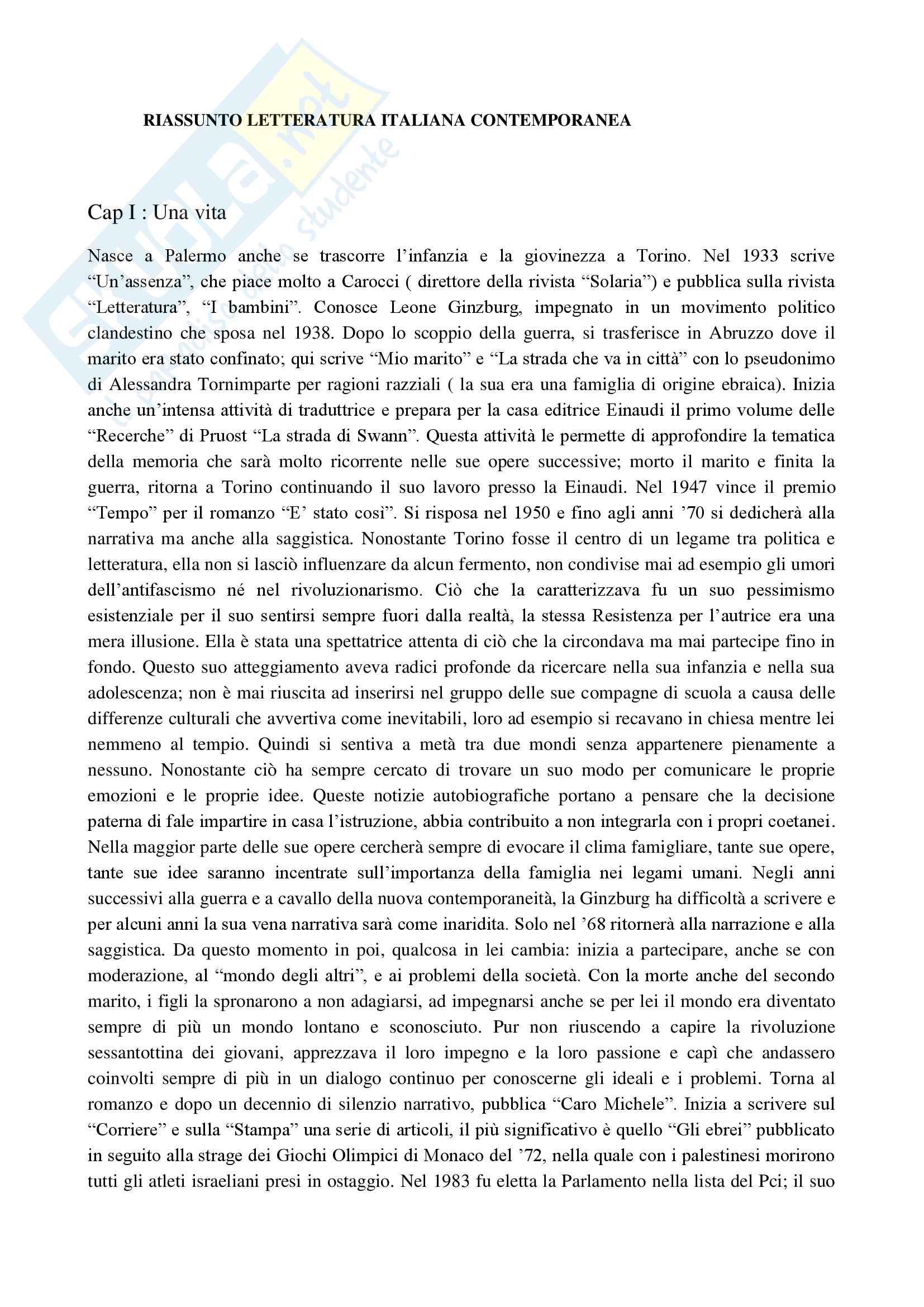 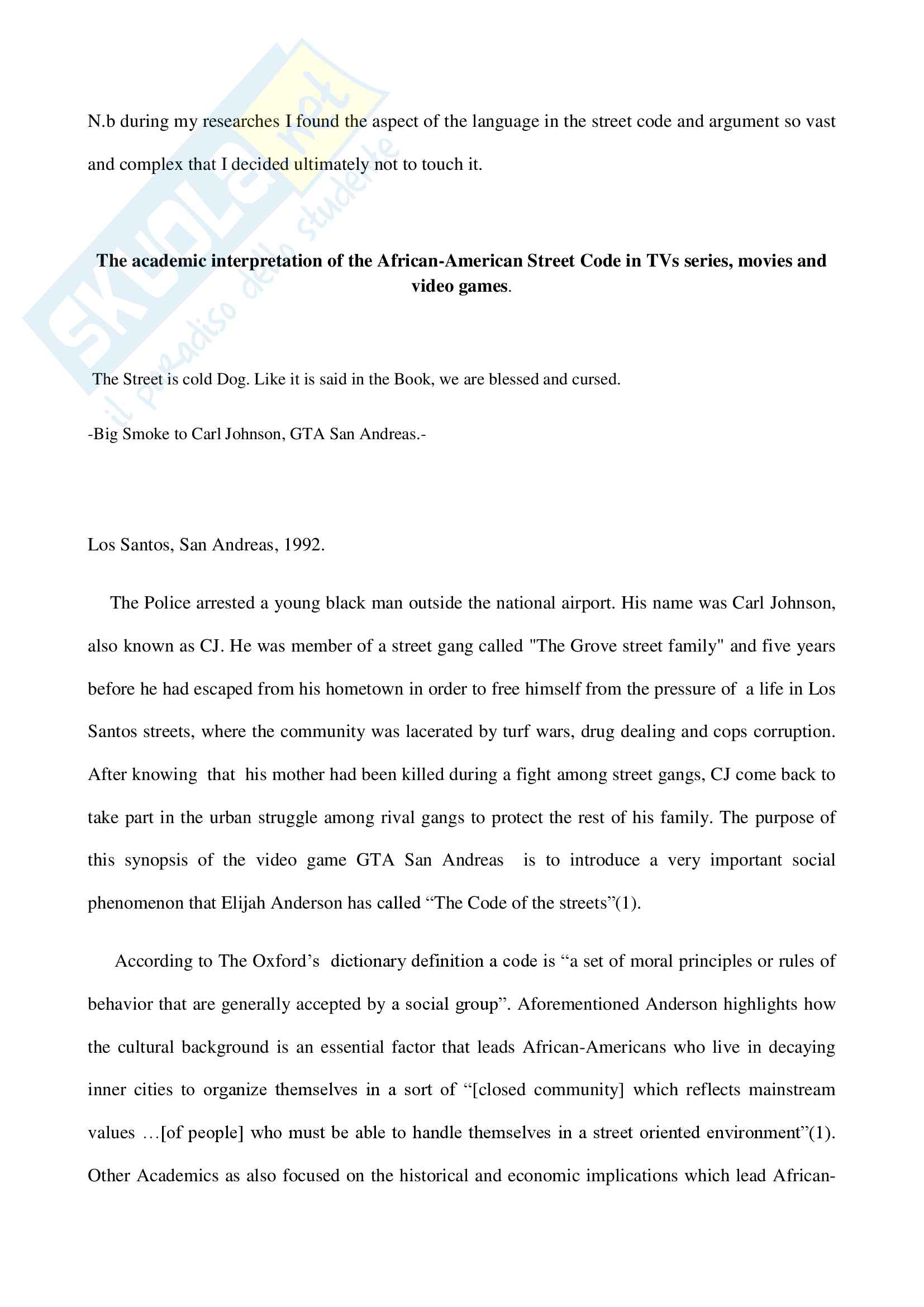 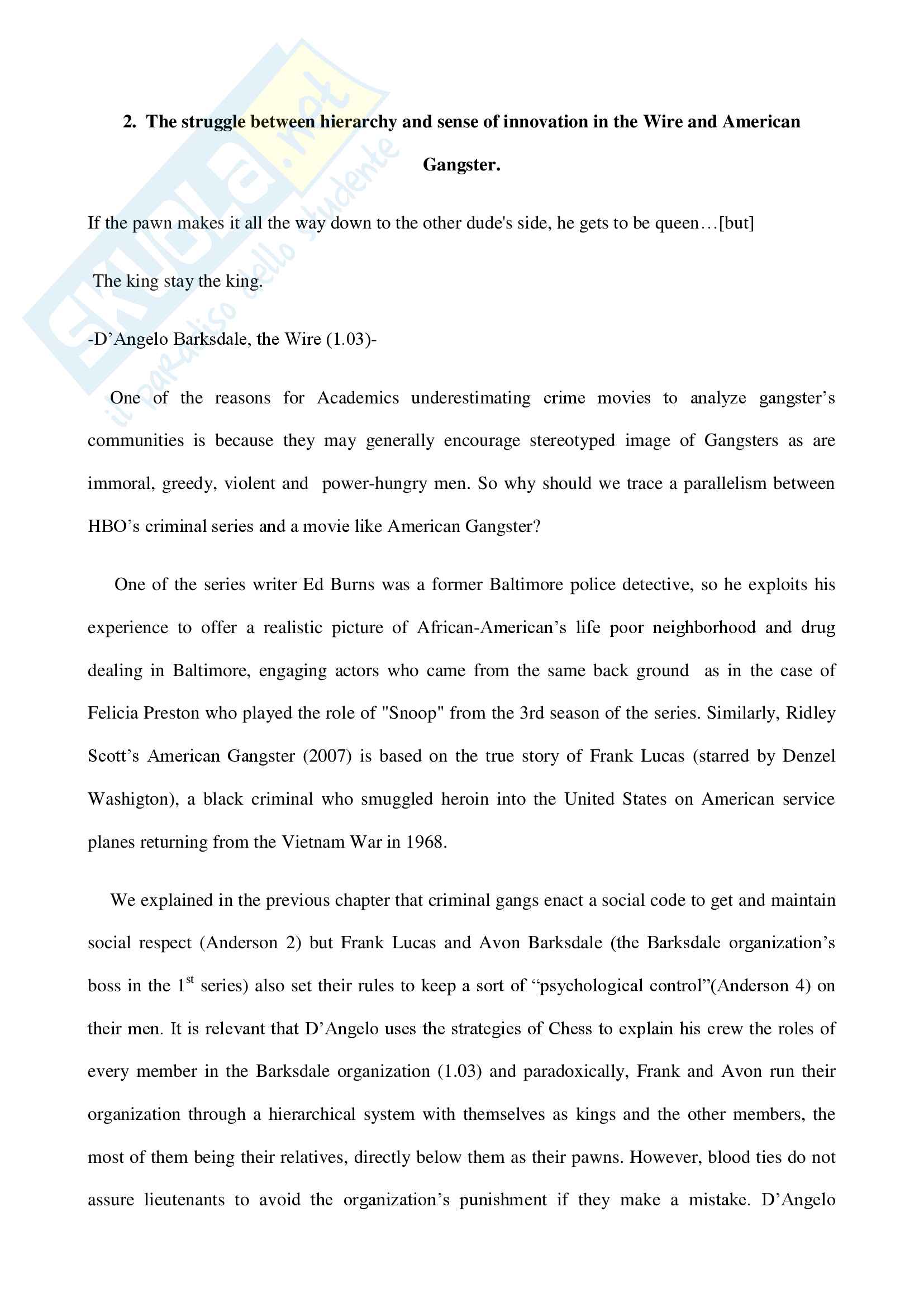 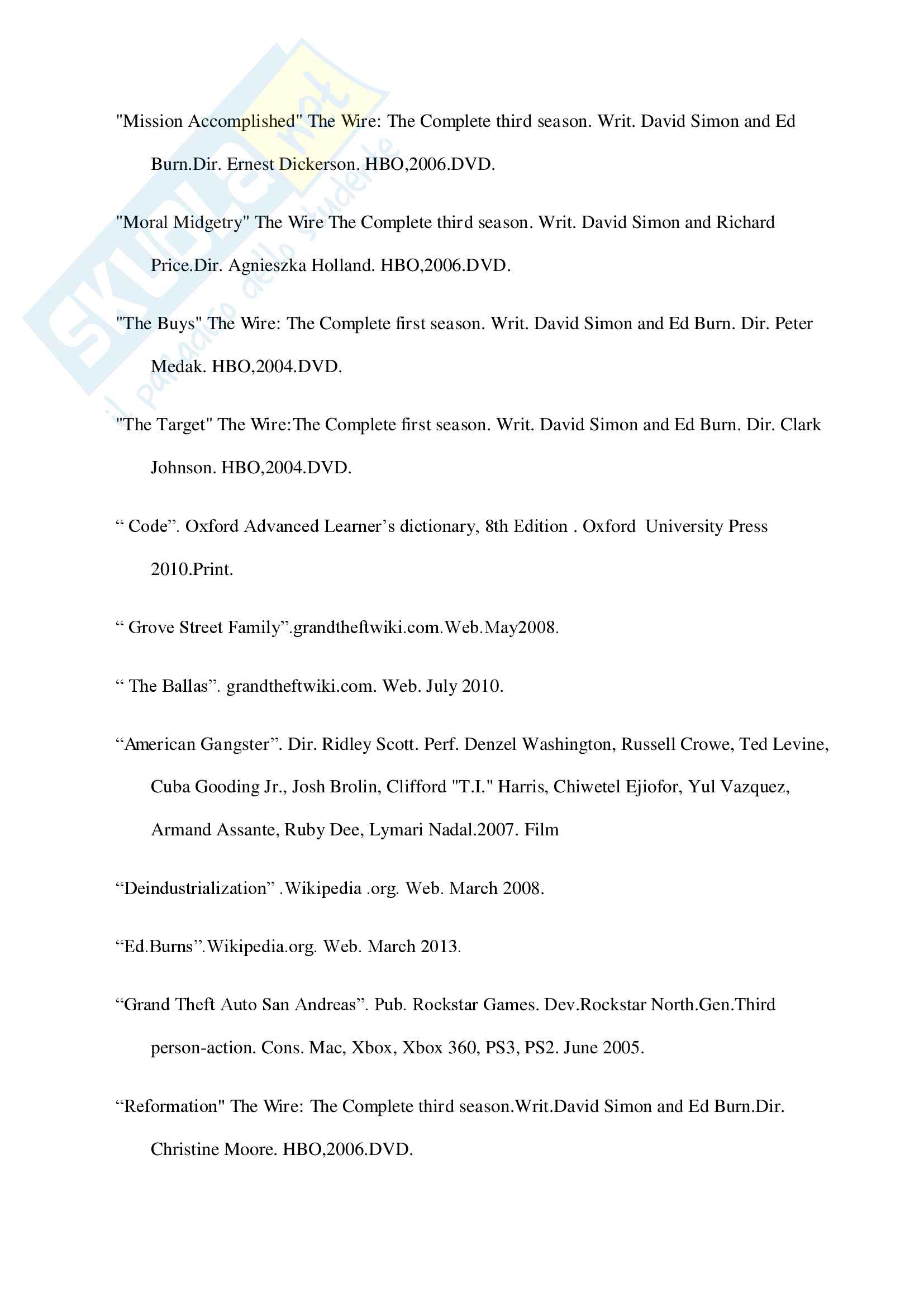