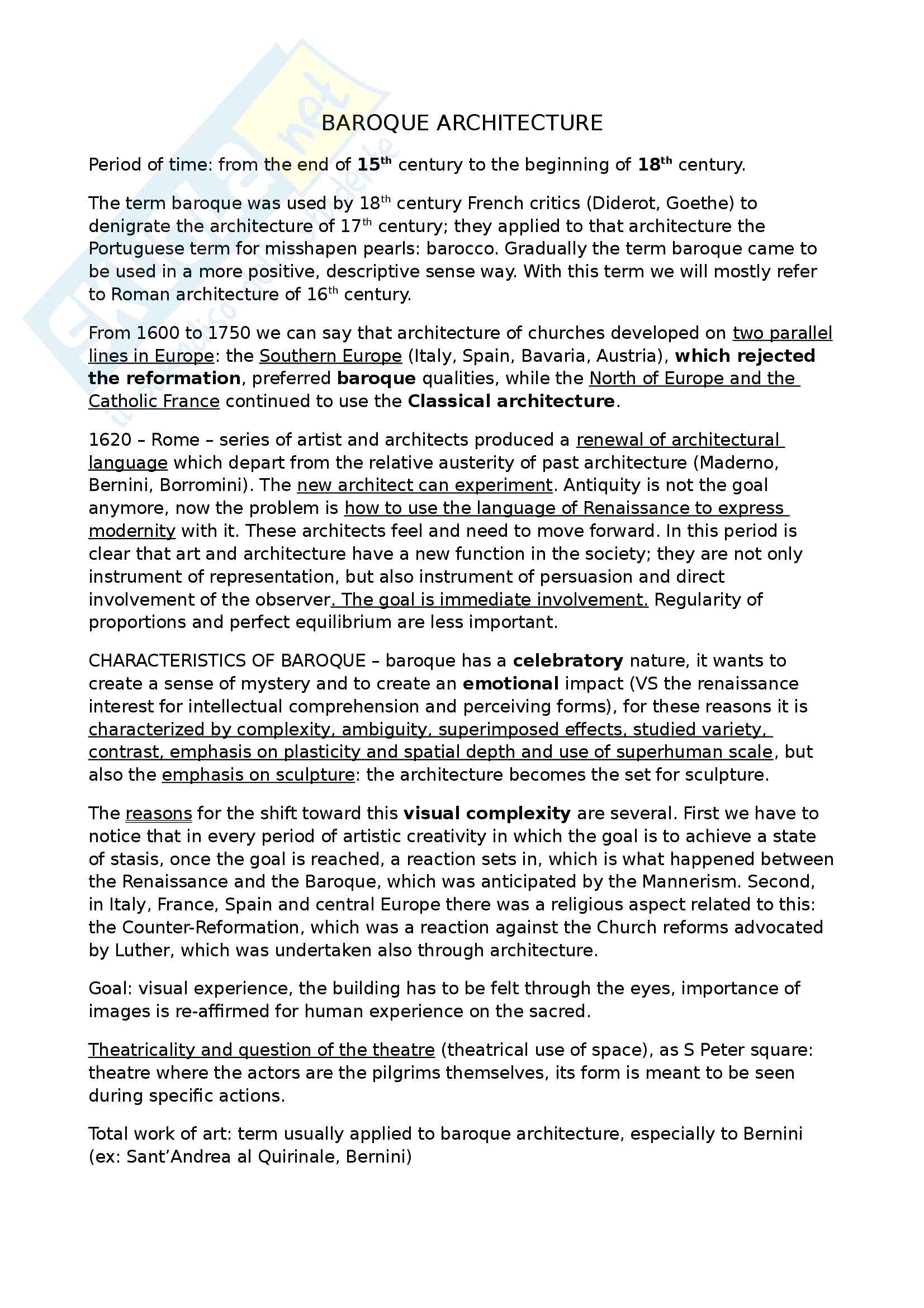 Les Invalides, church and hospital, by J. Hardouin Mansart, since 1677

Academie Royale d’Architecture – founded in 1671 by 8 members, later brought to a

completion of the court

Baroque architecture could be described also as the celebration of absolutism. In

England this absolutism was reduced by the Parliament, which was taking the power

away from the Crown, which so didn’t have the possibility to built a “Versailles” for

themselves. However and equivalent to it was built, presented as a gift from the

nation to a citizen.

Parliament to thanks John Churchill. Since the house was paid with public funds, the

designer kept enlarging the plans. The house was divided into 3 huge parts: the

kitchen court, the stable court and the central part of the house, enclosing a vast

entrance court. The components of the complex were built toward the center. The

scale of everything, ornaments and building elements, it is huge. Ornaments are

drawn is such a way that everybody could read them, for example the ones used atop

lis, symbolizing the victory over France.

→ This theatricality was typical of Baroque architecture!

In the 1666 a fire in London destroyed most of the churches, which were then re-built

astronomer, scientist, but he had an avocation for architecture caused him to be

appointed Surveyor-General of the King’s Works in 1669.

He first drew a plan for the center of London, with major streets radiating from public

squares and focusing on the Royal Exchange and the great Cathedral of Saint Paul.

Of the 87 Gothic churches that burned down, 51 were re-built. The problem that Wren

had to face was how to design English Protestant churches, and moreover the sites

where he had to design were often small and irregular. The result was that some of

them were centralized, some were longitudinal. All were drawn in a way to improve

London medieval skyline was characterized by Gothic spires, and Wren wanted to

restore this image but in Classical terms. The towers he designed consisted of

diminishing stages of classical squares and octagons, belvederes and cupolas, rising to

Wren’s greatest achievement was the rebuilding of Saint Paul’s Cathedral. The walls

of it were too damaged so Wren proposed an ideal centralized plan (1670). The

scheme was an enormous Greek cross capped by a great dome, like the one of Saint

Peter but simpler in decoration. Then a domed vestibule was added at the west with

the result of an axial building. But the clergy and the royal family were still not

satisfied, and insisted for a more traditional plan, which was then provided and the

works started in 1675. During the construction Wren continuously modified the upper

part of the cathedral and of the dome.

The result is a building with studied proportions and full of paradoxes. The choir and

nave are classical and covered with domes resting on pendentives; the outward thrust

of these domed vaults are transferred to the outer side walls by flying buttresses,

which are hidden by the second level upper walls; under the dome Wren used 8 small

pendentives over 8 piers. The dome is 34.1 m large but the structural wall of the drum

has a slope that actually reduces its diameter. It is entirely composed by 3 shells. In

support to the lateral forces.

element to celebrate and to which entire rooms were dedicated. Staircase

development was important in the German-speaking areas of Bavaria and in Austria.

inspired the staircase in the Episcopal residence of the prince-bishop of Speyer,

in east Germany, by Neumann. Neumann became an expert of staircases. The

Franz Schinborn in Wurzburg, central Germany (1737-1742). These stairs had

EUROPEAN OVERVIEW OF ROCOCO – I half of the 18 century

slender decorative features, as delicate, irregular, curvilinear ornaments, and a much

lighter palate of colors. From here then it swept all over Europe.

The term “rococò” was invented by the later Neoclassicists in the 1790s; it come from

the French work rocaille = shell, which was used in reference to the shell-encrusted

grottos fashionable gardens at the beginning of 18 century.

space. Ornaments are important per se. Rococo is parallel to Art Nouveau. It begins

around Paris → Hotel de Subis. Roots of Rococo are in the palaces of Paris!

were adjusted to western taste!)

Putting aside the traditional elements of the arch, as the order, it means that exotic

ornaments can be used.

Chantilly, near Paris: it seems a Rococo traditional room, but there are Chinese

oppressive, so as soon as Luis XIV died all the member of the court when back to Paris

where started erecting spacious private houses, hotels in the outskirt of the city.

purpose, the entrance façade is much smaller than the garden façade; it has a

opening to garden terraces by means of the French door. The parts of the walls not

de-emphasize the idea of structure. The colors used were often ivory, cream white,

pale pastel tints. The ornaments derived from natural forms, particularly if they had a

double S-curve in them, drawings of natural motifs and irregular elements.

Rococo architecture, which was developed in Paris, was probably the first architectural

idiom to arise primarily as a style for interior decorations. In a decay Rococò expanded

1734-1739 – white and plain exterior, with a Ionic order, while for the interior delicate

surface which is not covered by windows or mirrors. Mirrors multiply the impression of

windows, space and light → indefinition of space. The deconstruct the simple shape of

the circle. Use of theatrical elements as birds. In the adjoining rooms the walls are pale

yellow with silver leaf on delicate paneling. The delicate profusion of carved and gilded

stucco work by Johann Baptist Zimmermann made painted panels unnecessary. In the

plan we see the signs of a change in the domestic space: innovation in the European

domestic architecture: birth of the modern home. No other Rococò interior surpassed

Vierzehnheiligen, Bavaria, by Neumann, 1742-1772 – but the supervising builder

Krohne deviated from Neumann’s design, modifying the plan so that the principal

under the main altar. In 1774 Neumann was engaged to rectify the mistakes of Krohne.

overlapping ovals, the largest containing the main shrine. The interior has no

relationship with the exterior. This arrangement allowed the pilgrims to circulate

around the church without disturbing the celebration.

The interior decorations are a very good example of late Rococo stuccos by J.M.

Feichtmayr and J.G. Ubelhot and G. Appiani. Here the marble columns, as in most of

Rococo German and Austrian churches, are not stone, but actually painted plaster =

the shaping of space; architecture became something to apply over something else.

established in France, where architecture had already taken a completely opposite

Guarini’s influence is felt till the end of 18 century.

BENEDETTO ALFIERI – his family is from Asti, is aristocratic (uncle of Vittorio Alfieri). He

was born in Rome, raised initially there, he comes to Turin at 16 years old where he

BERNARDO VITTONE – bourgeau, he had apprenticeship and worked with Juvarra, who

sent him to Rome for one year. He won the most important price: Premio

city on the sea.

BUT Benedetto Alfieri makes te Project for the Teatro Regio (burned down, now by

Piedmont who excels in Rococo architecture.

Renovation of domestic architecture of the court.

residence. BUT the way the plan is developed it reminds us the proliferation of Rococo

decoration. He creates a magnificent domestic place, open toward outside.

(In this period we assist also to the birth of the idea of the modern architect,

influenced by the French taste and culture and by a libertine life.)

Church of Carignano – the shape is similar to half Pantheon, the nave is a sort of

barrel vault. Inside it was probably whitand with few decorations.

religious architecture. While Alfieri was able to adapt himself to the needed style (he

was an adaptable figure), Vittone is different, he is linked to two major architects:

Guarini and Juvarra. This is probably the reason why he is so effective in combining

deeply studied Guarini since he was the editor of his treaties). He adapts this to small

and medium scale buildings → he was a community architect.

Vallinotto Chapel (Chapel of Visistazione), near Carignano – chapel for people

that worked in the land of the banker who commissioned the work. Is built on the place

of a miraculous event. Small scale. Interest in the combination of layers and luminous

appearance (geometric complexity from Guarini, but Vittone was influenced also by

the ground. Direct influence of Guarini in structure. structure: The dome is open and

there are secondary spaces covered with semi-domes connected through openings

with the central dome → effect: the light changes continuously.

Light and ornaments are something that any architecture must have, even the poorest

church. The small chapel is visually as rich as the church. Since we all have vision, it

doesn’t matter the kind of material. The cheapest way for decorating was painting:

together. In his drawing he sketches the entablature to give more depth to the chapel.

Vittone represents a sort of anthology to the question of Baroque: light, illusion,

complexity of structure (example: Vallinotto is different from S. Lorenzo, because this

church can be understood).

Vittone evolves toward an abstract us of light and transparent structures. The idea of

the dome nearly dissolves putting the dome in communication with other spaces. Re-

dome. The interior is small and spectacular: interplay among vaults and different

levels. Square structure that becomes and octagon that support a vault. The

pendentives are not bearing: he open them to have light.

Santa Maria di Piazza, Turin – small church, use of the dome as a symbolic

element. The dome, which is actually composed by small barrel vaults interplaying, is 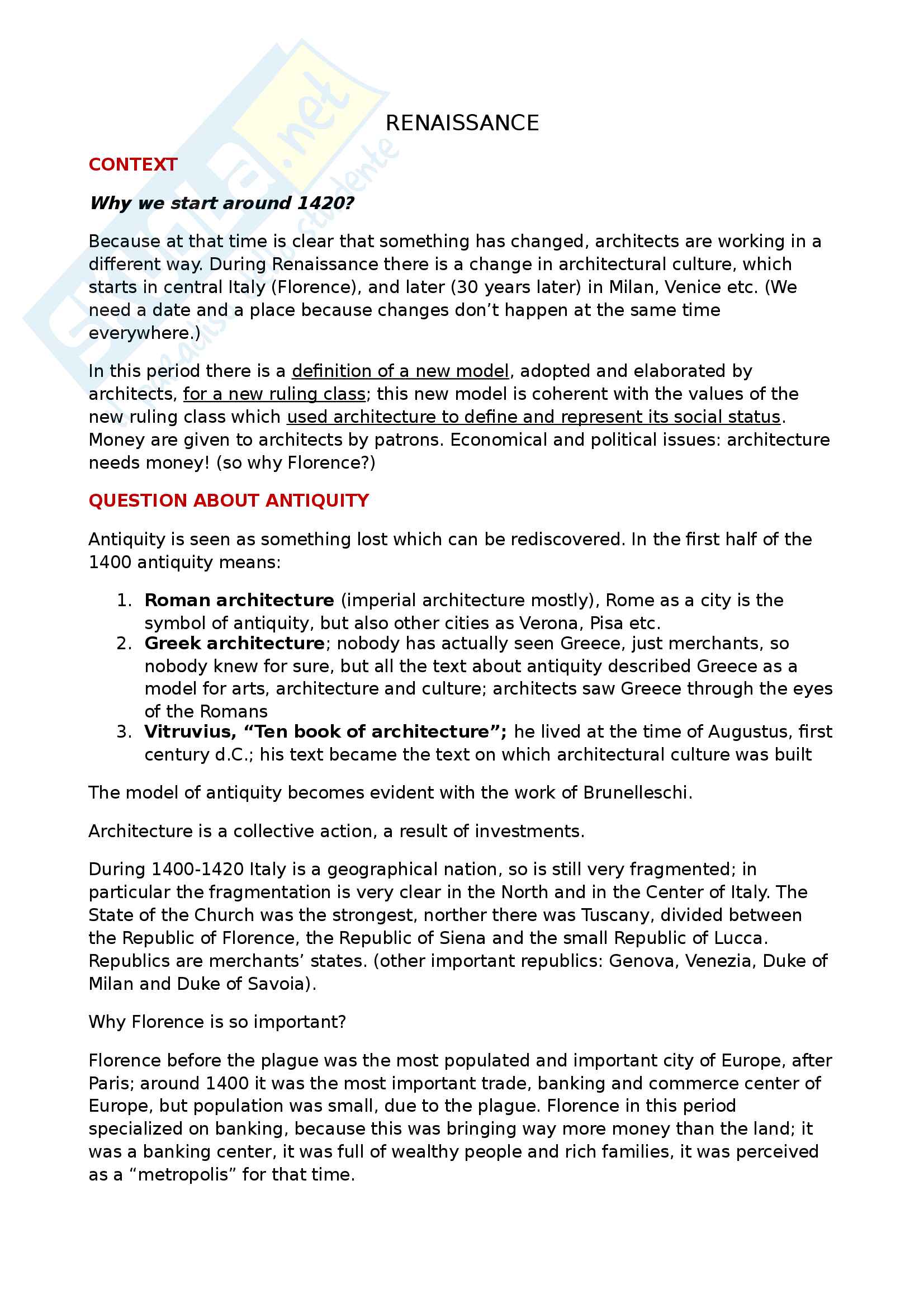 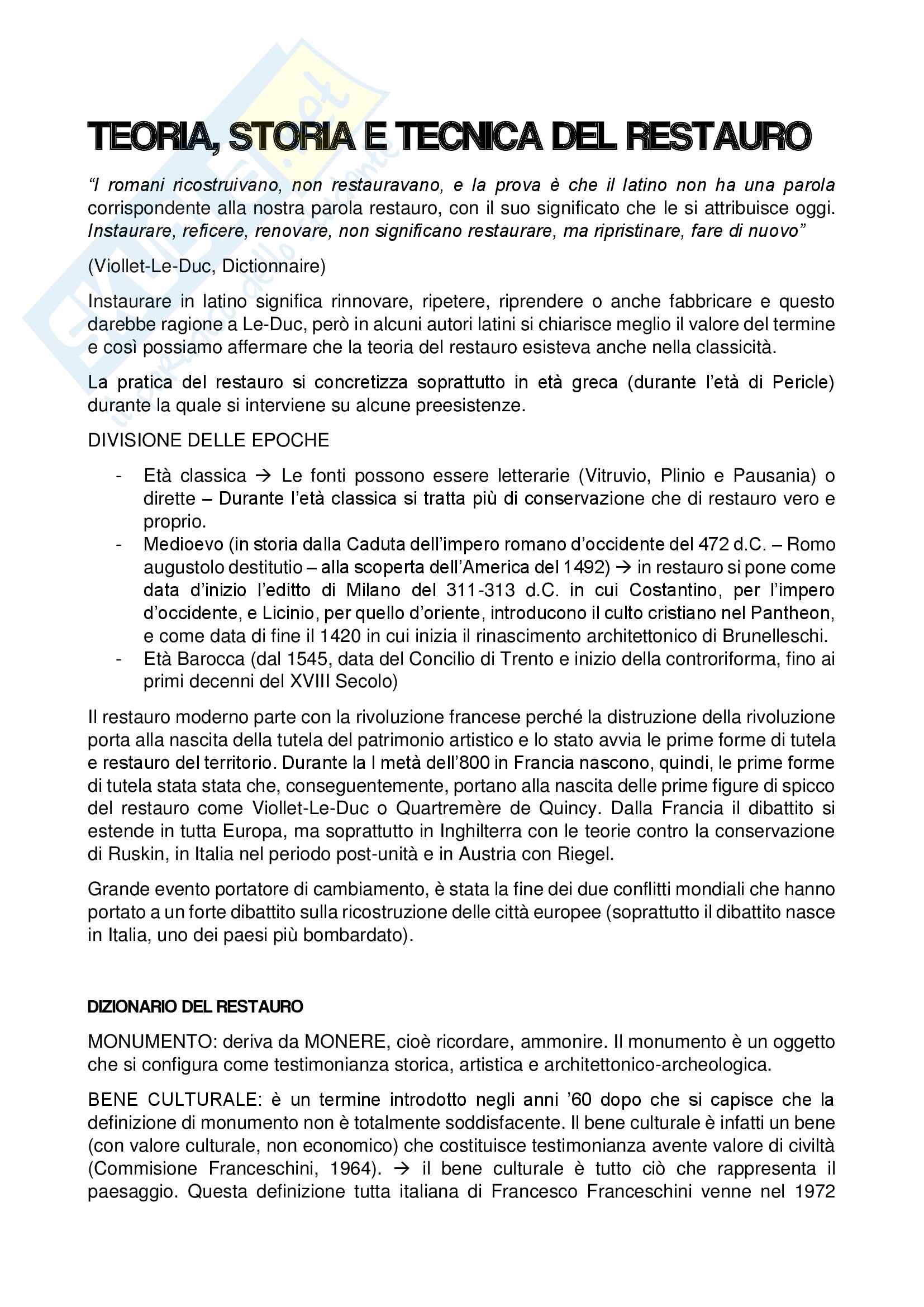 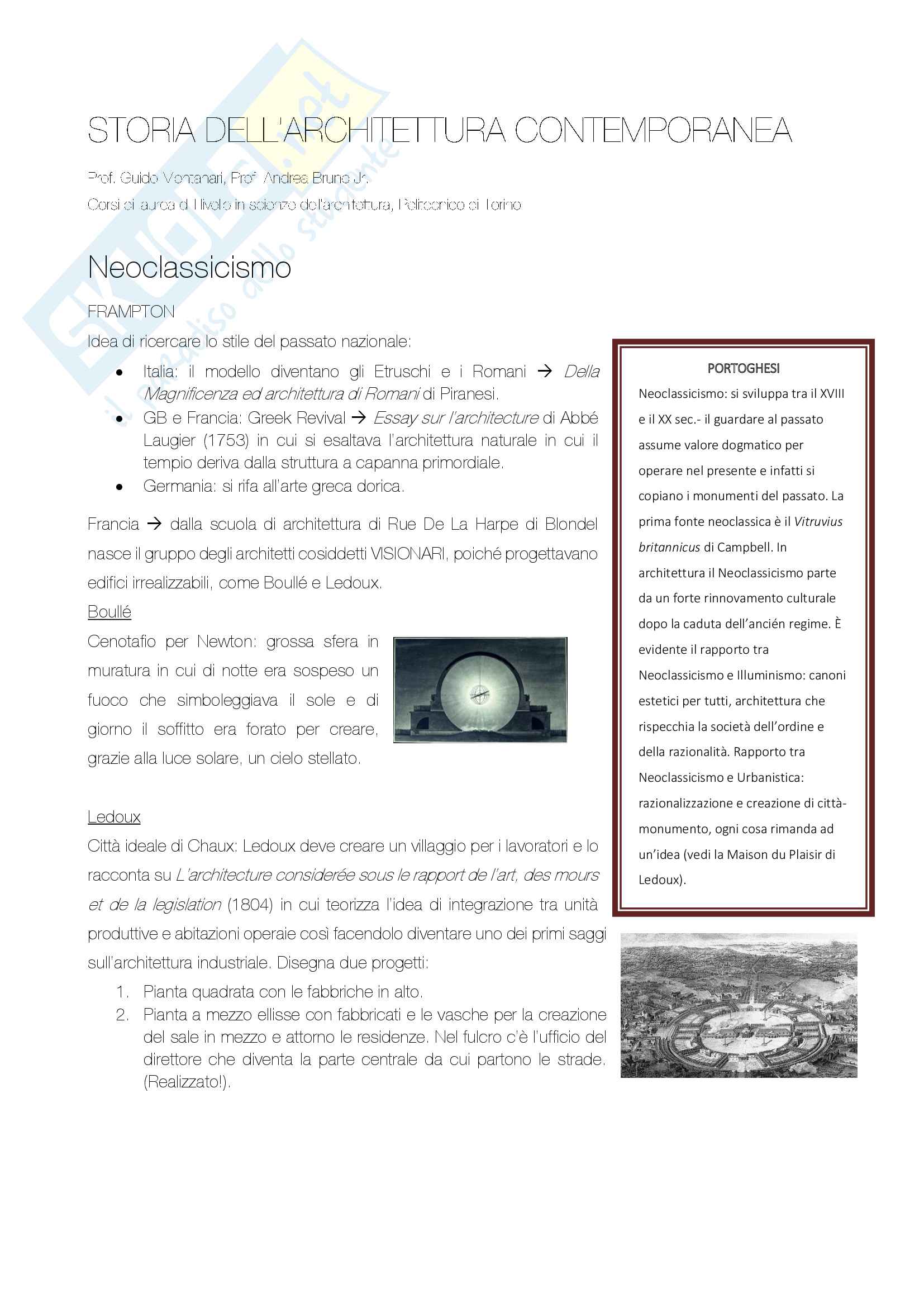 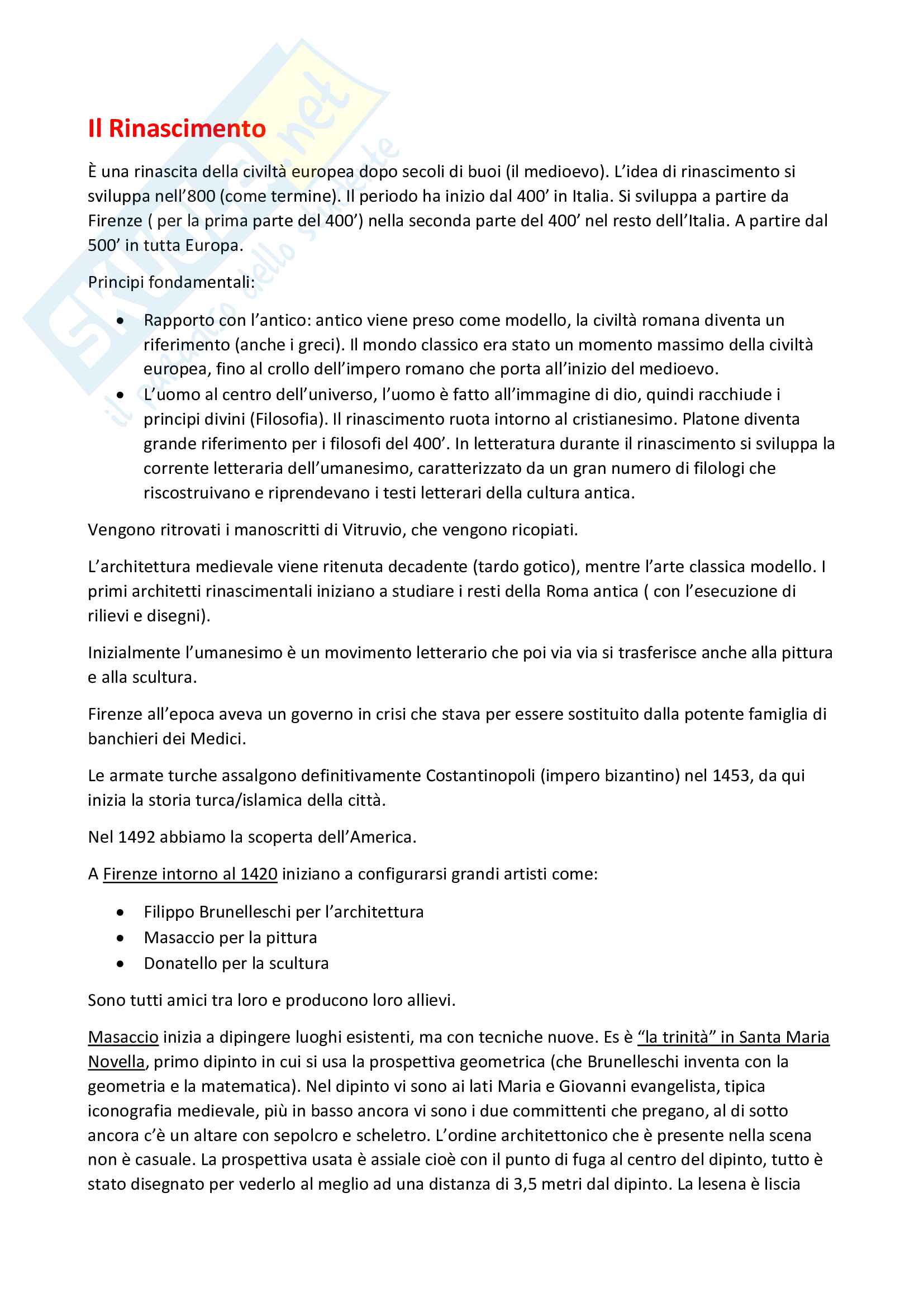 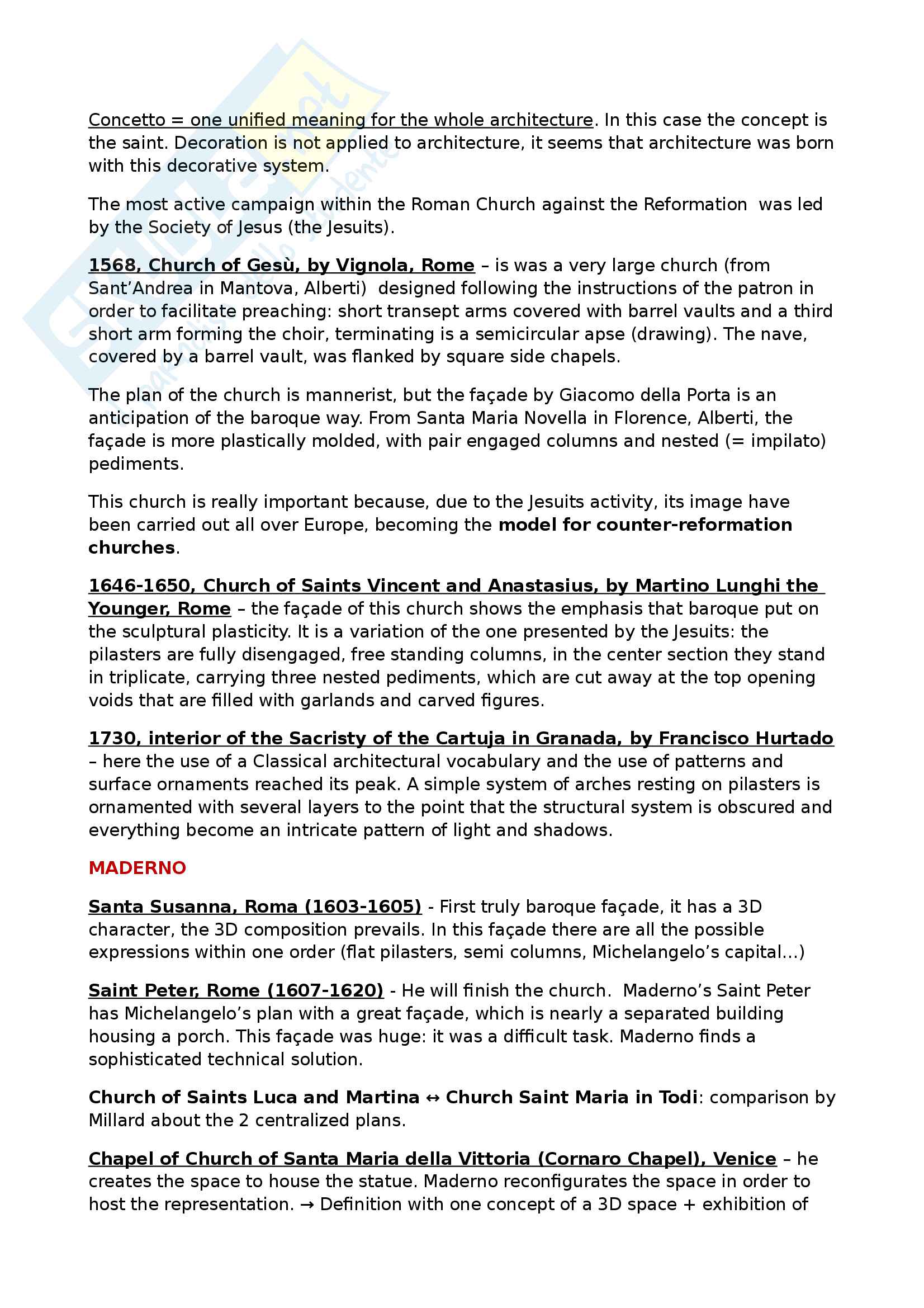 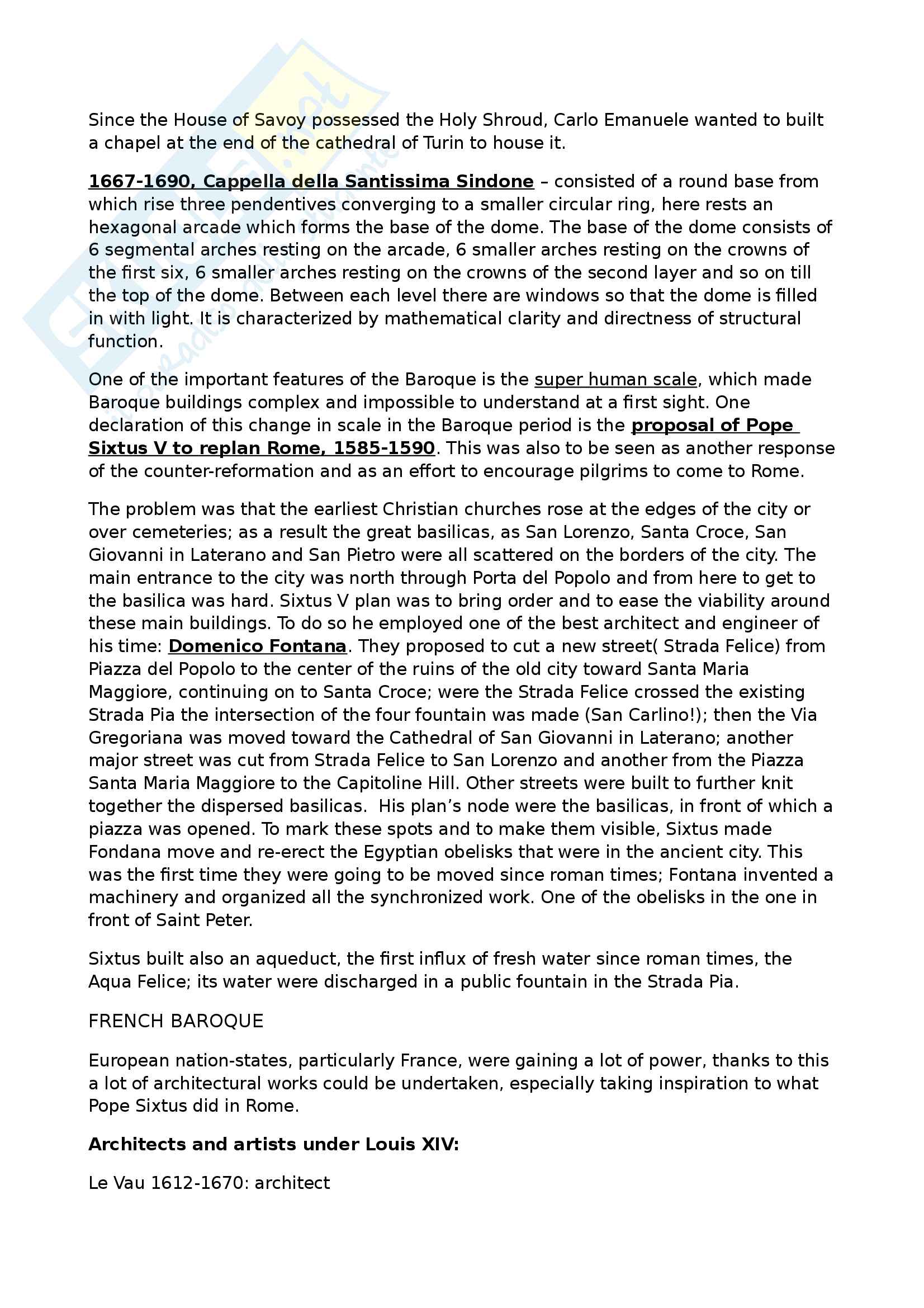 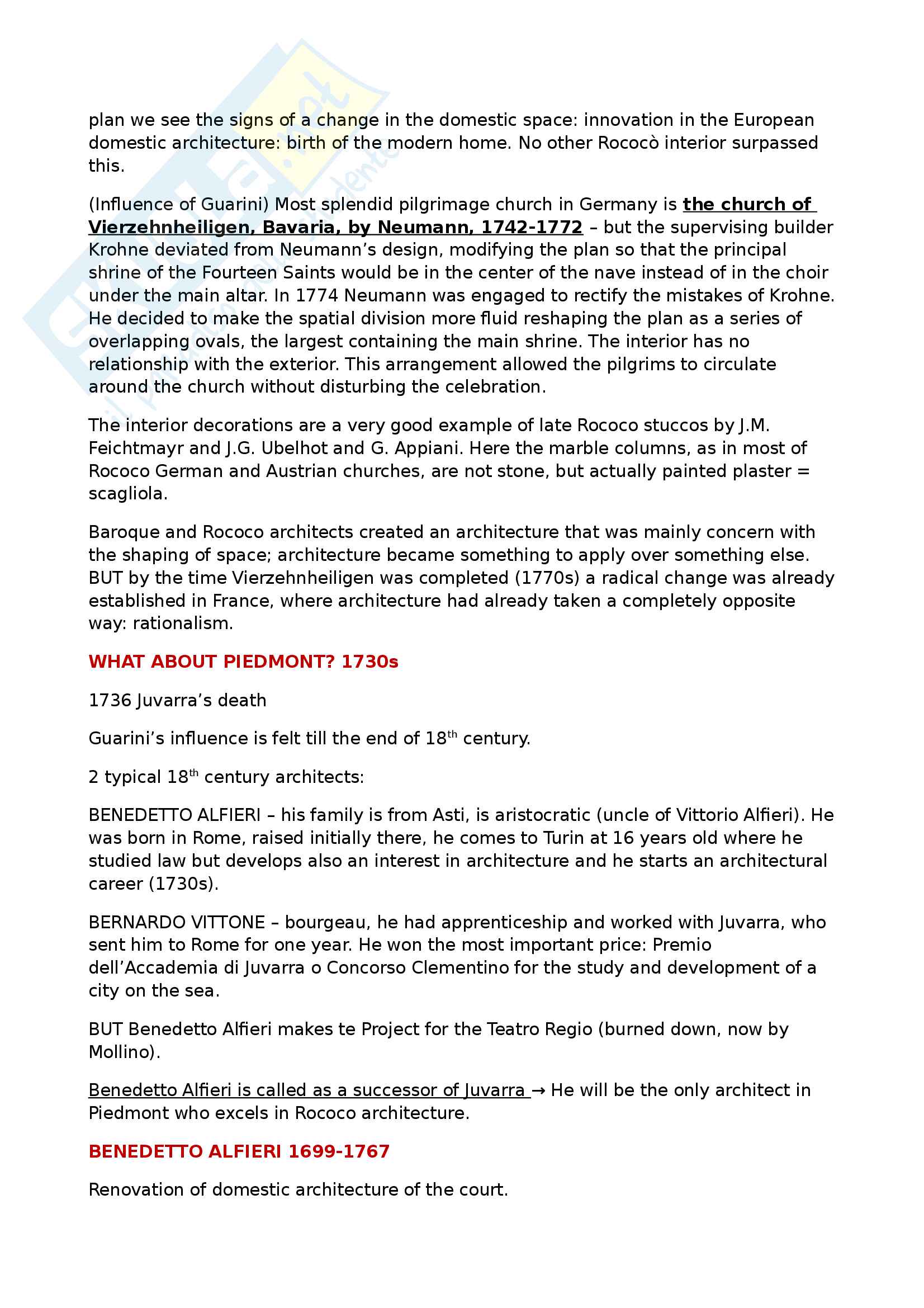