Brief summary of Robinson Crusoe
Daniel Defoe (1660-1731) wrote "Robinson Crusoe", his best known novel, in 1719. The story is based on a real event (the account of Selkierk's adventures) but Defoe drew inspiration also from the travel books of the time. "Robinson Crusoe" is made up of 3 sections:

the first section: Robinson leaves his family, he's 19 years old, to go away to sea, hoping to make a fortune, in spite of his father's warnings. After many dangerous experiences he lands in Brazil and becomes a successful planter. During an expedition to Africa, where he was going to buy some slaves, he is shipwrecked on a remote island;

the second section: Defoe describes Robinson's life on the island. 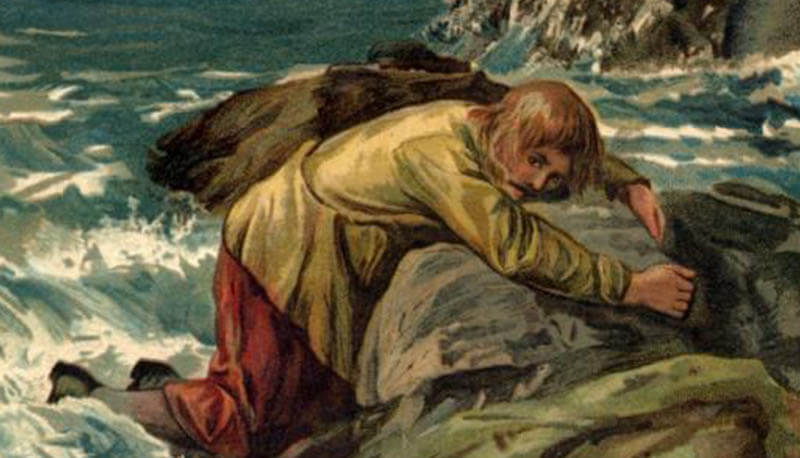