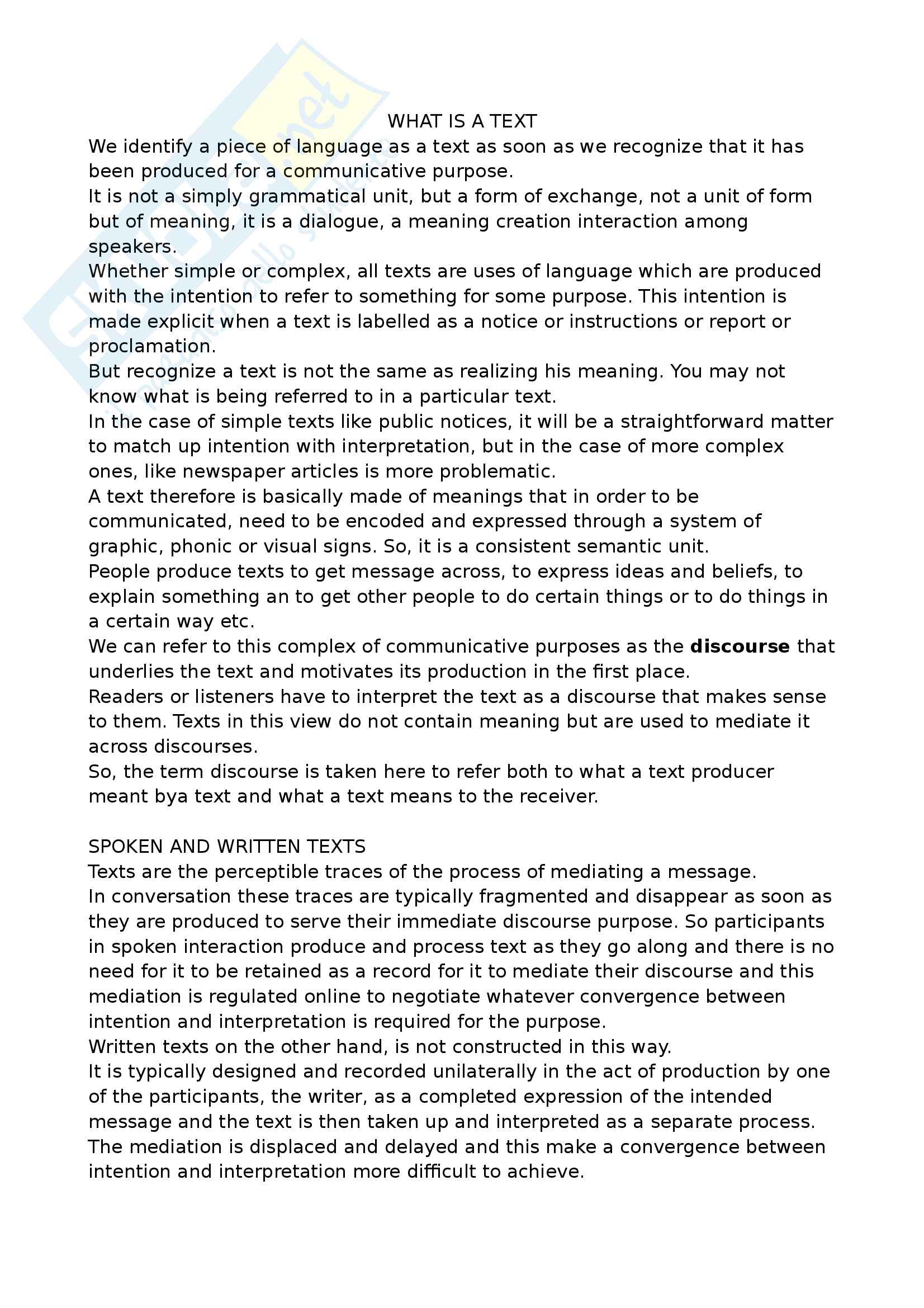 -from positions and directions in space, to technical objective descriptions.

-Analysis of places, people and relations, by the use of spatial chaining

strategies indicated by spatial positions in the sentence.

-description range from technical, objective, neutral properties to and more

Adverbials of place to reinforce the style.

We may get a vivid imagine of the writer’s experience.

-use of 1 person of a non-personal third person

-Stages to be followed by the reader, constructed through sequential chaining

strategies of temporal circumstances or processes. People and objects are

through sequential chaining strategies of temporal circumstances or processes.

evaluation “ex. Must be painful”;

-Will is employed when giving recommendations and introducing the following

site on the itinerary, as in “you will need to spend at least three good hours to

-If clauses are employed with the same purpose: persuasion. Directions are

followed on the authority of practical validity

directions and regulations. It is expressed through the 1 person or the 2

they are all centred around real-world events and things.

-In contrast, expository and argumentative texts are cognitively oriented, as

they are concerned with explanation and persuasion which are both mental

-Present, through the use of through- and counter-argument patterns, and of a

-Attitudes sustained in relation with their opposites.

-Recommendation is often introduces by expressions such as It is advisable,

would be the best time

-Generic concepts are dealt with, as well as the definition or explanation, along

various degrees of subjectiveness (through characterisation specified by

-Ideas and impressions are summarised from constituent elements of concepts,

ideas or impressions, or analysed into their constituent elements

-Verbs are often in the present tense, passive voice and impersonal forms

-Five styles: the formal, the comparative, the informal, the illustrative and the

Few texts are pure realizations of a single type:

-Advertisements may be both argumentative/persuasive (this is good

because…) and instructive/exhortative (So buy now!)

-Expository texts can be neutral or contain evaluative elements (reviews,

references, letters to the editor)

-Laws regulate some aspects of society, leading the behaviour of its members,

A context can be thought of a situation in which we find ourselves, the actual

circumstances of time and place, the here and now of the home, the school,

the work place and so on. It is also the common knowledge of the people

concerned in the conversation.

When people talk to each other, they will naturally make reference to what is

present in such situations, present in the sense of both place and time.

language and the physical context of utterance.

environment, and the listener can only understand what the speaker means by

the utterance by making the necessary connection.

serves to activate it in the reader’s mind.

To summarize: context is a psychological construct, a conceptual

representation of a state of affairs. In communication, what happens is that a

persona party (listener or reader) into a context assumed to be shared. Once

the context is keyed in, then it can be extended or modified, by means of more

mistaken. In spoken interaction, there is usually the possibility of repair

whereby the two parties can negotiate the required contextual convergence.

conceived by a particular groups of people, representations of what they know

of the world and how they think about it.

is of particular things, events, persons, either within the immediate situation of

utterance or not, these particulars are typically related to more general

A schema is a construct of familiar knowledge.

We can distinguish between:

-the co-text, the linguistic context, the context of word and sentences that go

with the text, an interrelationship and interaction between sentence elements.

-the context of situation: the extra linguistic context, the total environment

The distinction between the two was first made by the anthropologist

Malinowski in his theory of context in relation to translation.

M. was faced with the problem of how illustrate his ideas on the remote culture

of a group of pacific islanders to an English-speaking public. It was impossible

background. Various alternatives were open to him: free translation, literal

translation, or translation with an extended commentary.

The last solution consisted of placing the texts within their environment, the

translation with commentary was able to provide information not only about

cultural background which lay behind them and which determined their

The first is the c. of situation and the second the c. of culture.

So we can say that:

environment in which a text is being realized

its specific context of situation. And this is the awareness of cultural differences

[culture: the personal development, the knowledge of a country’s history and

So, a text is both an object, a product of its environment, of its Context of

situation and Context of culture, and an instance of social meaning in a specific

The relation between text and context is a systematic and dynamic one:

and where language is being shaped to function purposefully

-on the other hand, a context is then realized in turn by the text: through a text

a context is being created

The relationship between language use and context of situation identified by

Malinowski was further developed by Firth who saw linguistics essentially as

the study of meaning in terms of how language functions in context. He

of situation for meaningful interactions to take place: the participants, the

action taking place (verbal or non-verbal), other features and the effect of the

A relationship exists between a given situation and the language used in it.

We use register to say different things, to express different meanings according

to the kind of social activity we are engaging in.

Registers tend to reflect conventionally-accepted types of discourse, which

mainly differ in grammar and vocabulary.

Halliday distinguish 3 main variables in the context of situation and

consequently I the register:

activity) that is to say to what the participants are doing with the language, in a

particular spatial and temporal setting. It also includes what the interaction is

know about it (shared/unshared knowledge)

So we can speak of technical, scientific and legal registers, the language of

vocabulary that is common to other fields)

participants in a communicative event. The level of formality of language is

Martin Joos has defined 5 levels of formality which can be seen as a continuum:

frozen, formal, consultative, casual, intimate. Another division can be: formal,

It concerns the medium that is chose (spoken written, written to be spoke,

There are also others variables:

-Role: ancillary (language accompanying nonverbal activity as when we talk as

-Media: use of visual contact (ex. Visual for a telephone conversation) use of

-Preparation: spontaneous vs prepared, rushed vs time for reflection

attention to what is communicatively more important.

In fact, a text will generally be arranged in a way as to focus the reader’s

would make reading and understanding an impossible task.

Each clause can be divided into two:

-Theme: the information that is already known to the reader, the initial part of

It indicates what the sentence is about.

-Rheme: the new information. The remainder of the clause that functions as

The theme as we said, is the first part of the clause and has the function of

“announcing” the starting point pf the message. When it occurs in this

expected part of the clause the theme is considered unmarked. In English

declarative clauses the unmarked theme for a main clause is the subject.

There can be a deviation from normal word order:

FRONTING: an element different from the subject is moved to the opening of

-INVERSION: the fronting of a clause element is often associated with

inversion. This can take the form of subject-verb inversion, as when place

adverbials are transposed to theme position

-CLEFTING: division of the sentence into two clauses each with its own verb.

-PSEUDO-CLEFTING: wh- pronoun becomes the subject to foreground another

-LEFT/RIGHT DISLOCATION: Left dislocation set the point of departure for the

whole sentence and are marked themes.

-END FOCUS: anything that comes at the end of a clause will be interpreted as

the focal element in written discourse.

-PASSIVE VOICE: in the active construction the person who does the action is

the subject/theme, in the passive what matters is not the agent but the person

or thing influenced by the verb

So, the focus moves from what or who causes th happening to the happening

communication since it serves to move the discourse forward.

Together theme and rheme constitute THE COMMUNICATIVE DYNAMISM of

communicative dynamism and the rheme drives the communication forward.

to be referred to as THE FUNCTIONAL SENTENCE PERSPECTIVO OR FSP

units (paragraph, chapters) and the whole text is referred to as thematic

The most common pattern of thematic progression are:

a) -Linear thematization of rhemes, the most basic and straightforward form

b) -Thematic progression with constant theme: subsequent themes are

related to the first theme

c) -Thematic progression by means of a split theme

e) -Thematic progression with subsequent constant themes related to the

People don’t communicate in grammatical unit but in semantic units.

So, we can distinguish coherence and cohesion.

Coherence refers to the organisation of meaning in relation to one another.

The elements of the text correspond to the natural, real-world order of events

It refers to the semantic unity created between the ideas, sentences,

paragraphs and section of a piece of writing. It also means that a text is easy to

organization of ideas is systemical and logical.

The readers make cognitive links in the text and recognizes textual patterns.

These patterns are manifested in functional relationships between pieces of a

These relationships can be of various kinds:

It represents the grammatical and lexical relationship between different

elements of a text which hold it together. To achieve good cohesion you need

to know how to use cohesive devices.

So, a text is cohesive if its elements are linked together and it is coherent if it

But a text can be for ex. Cohesive (linked together) but incoherent 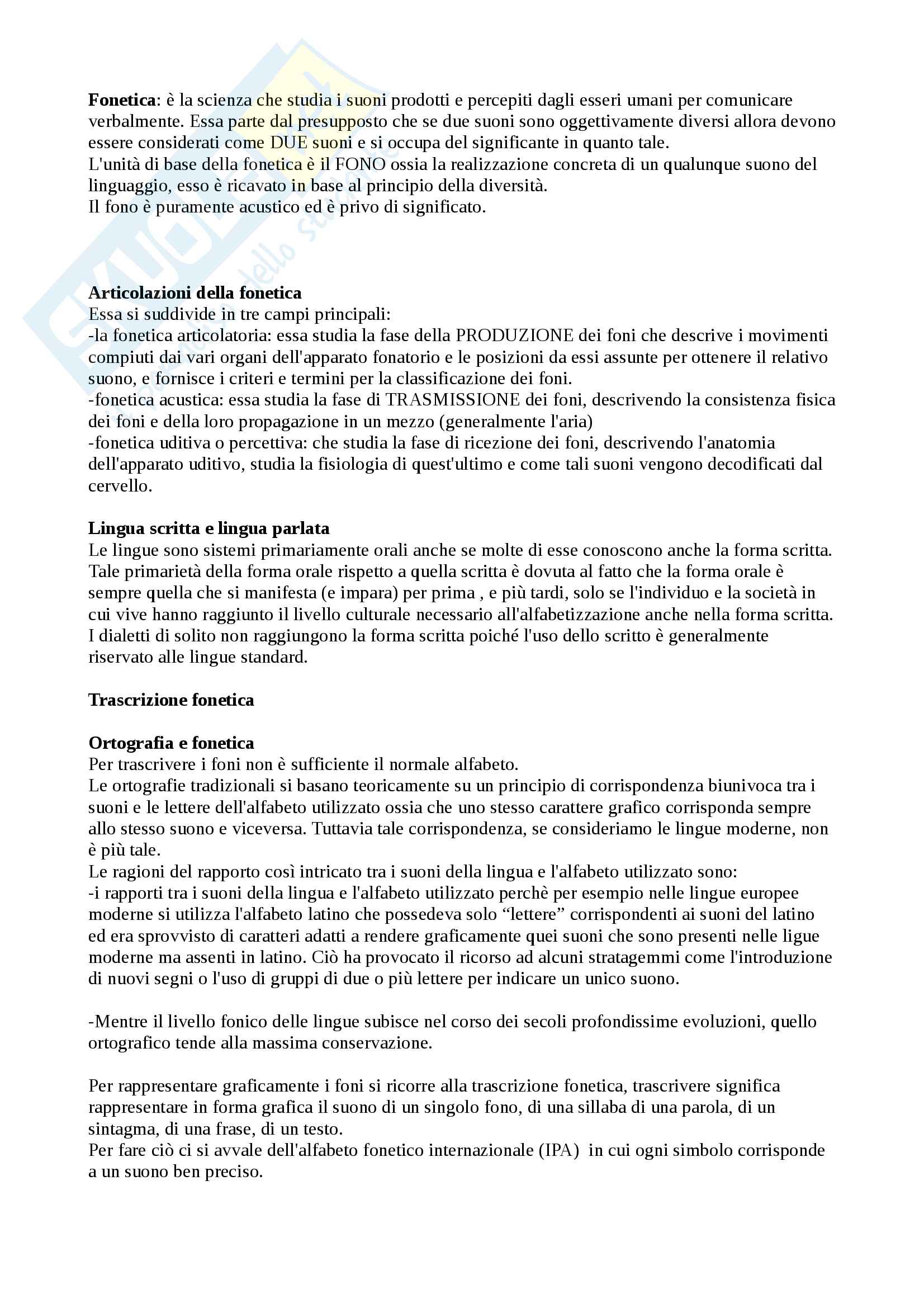 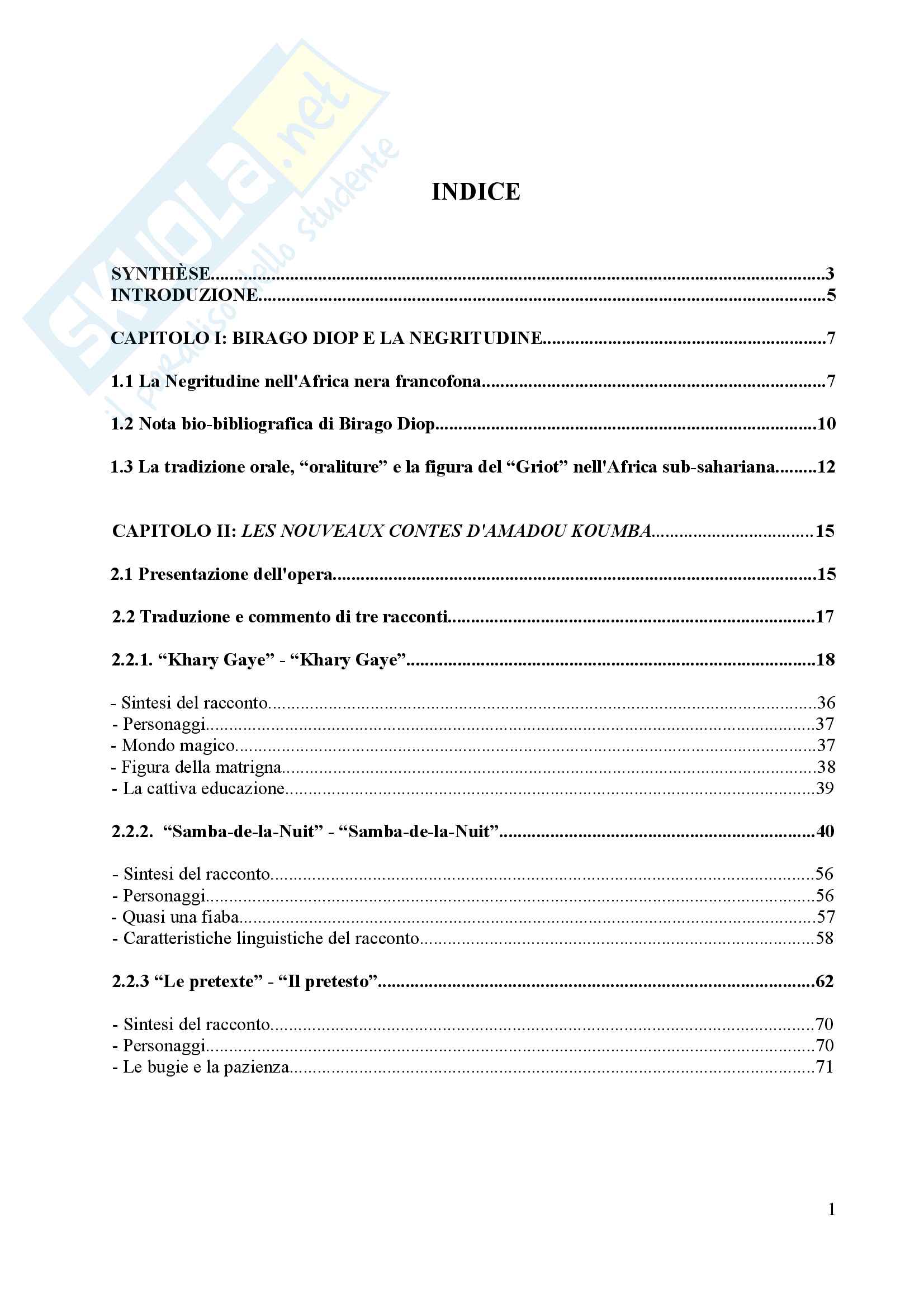 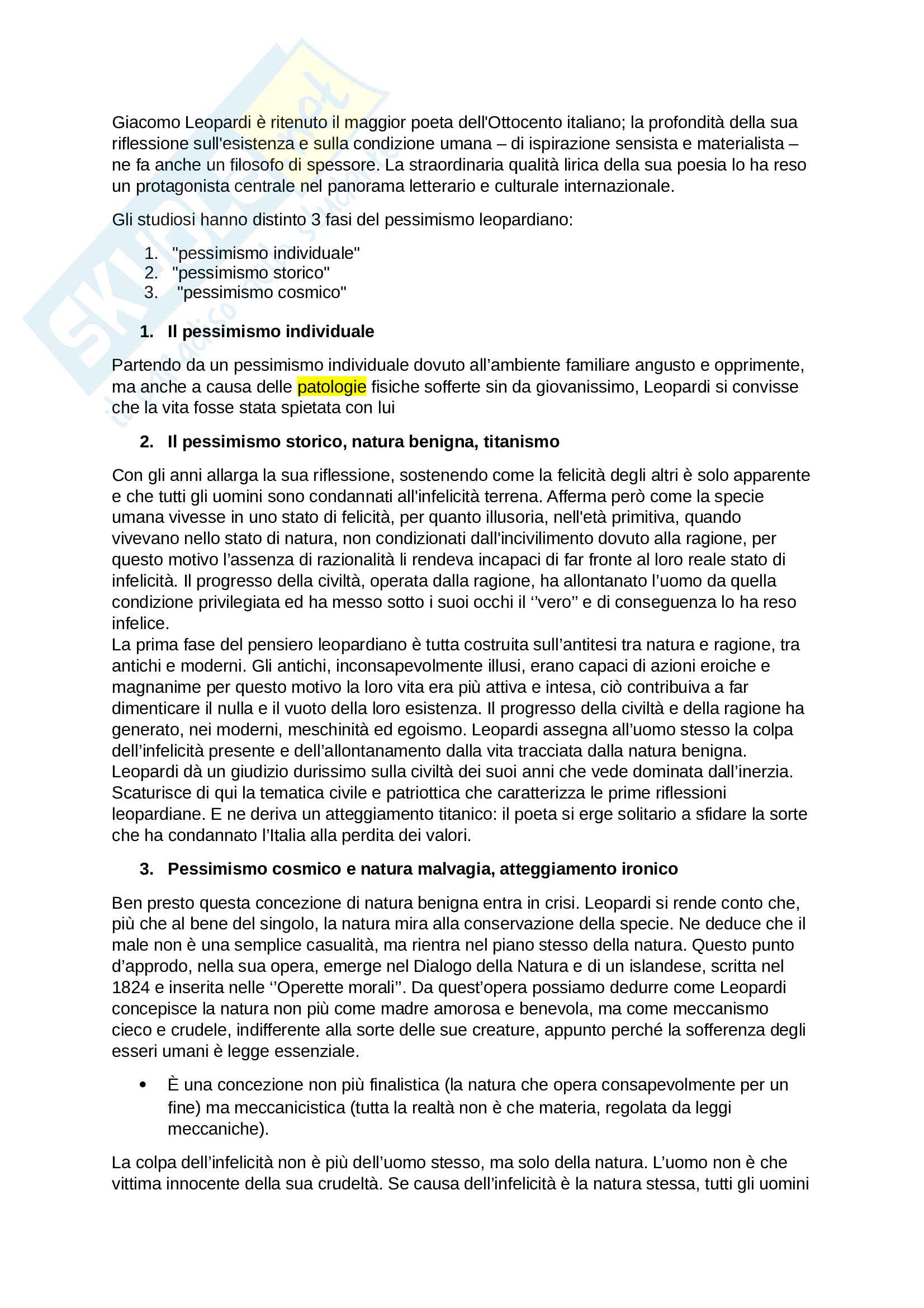 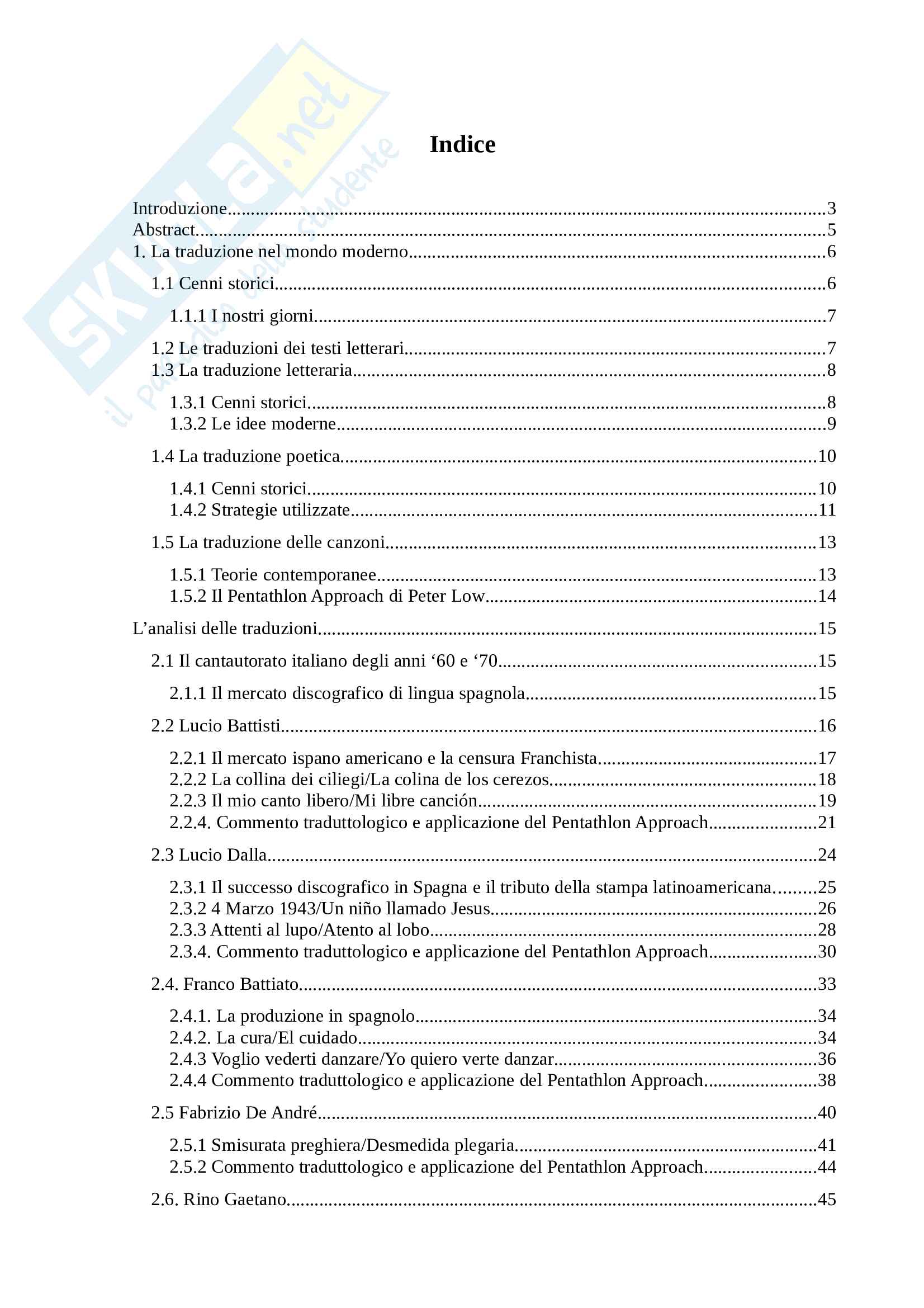 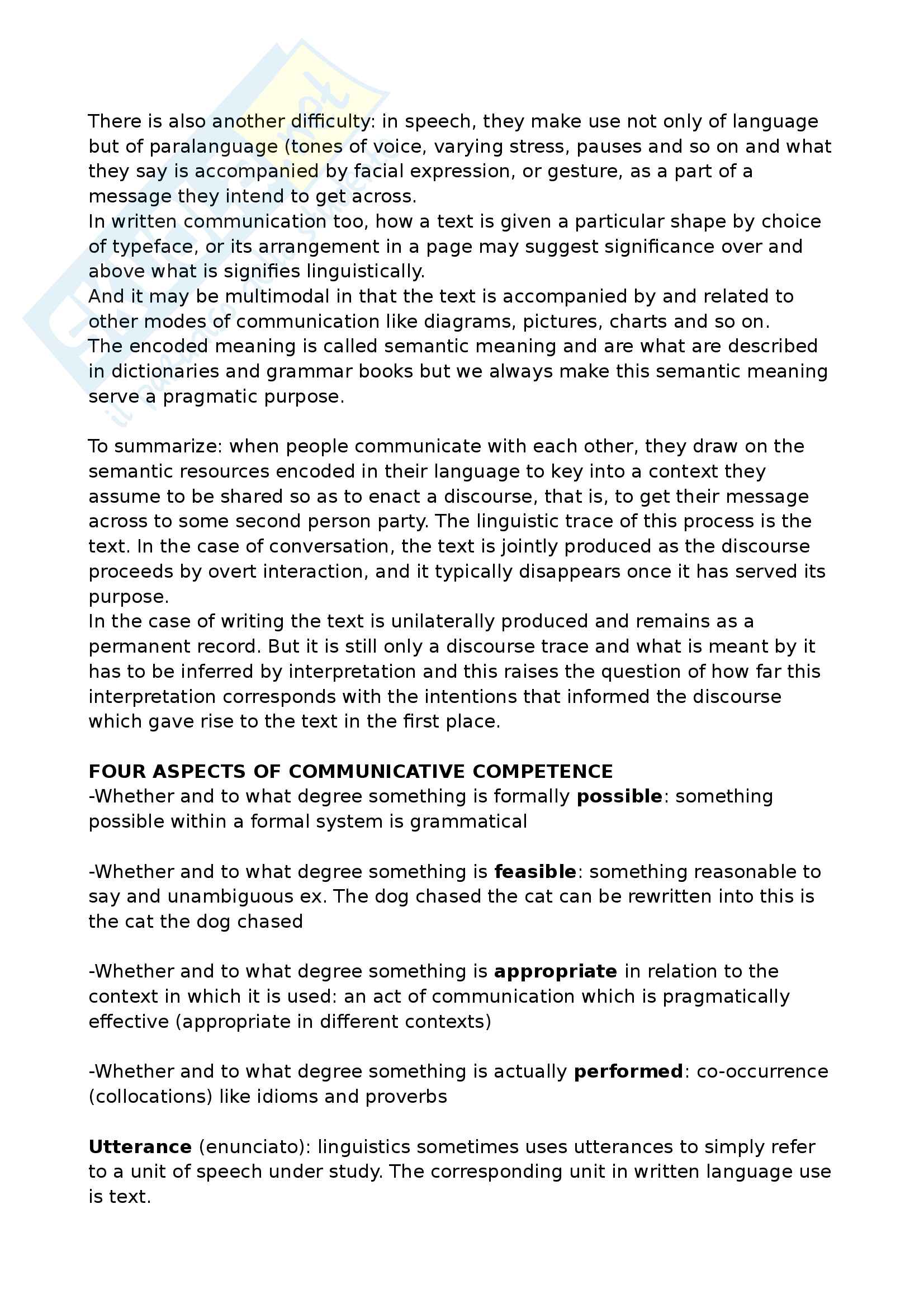 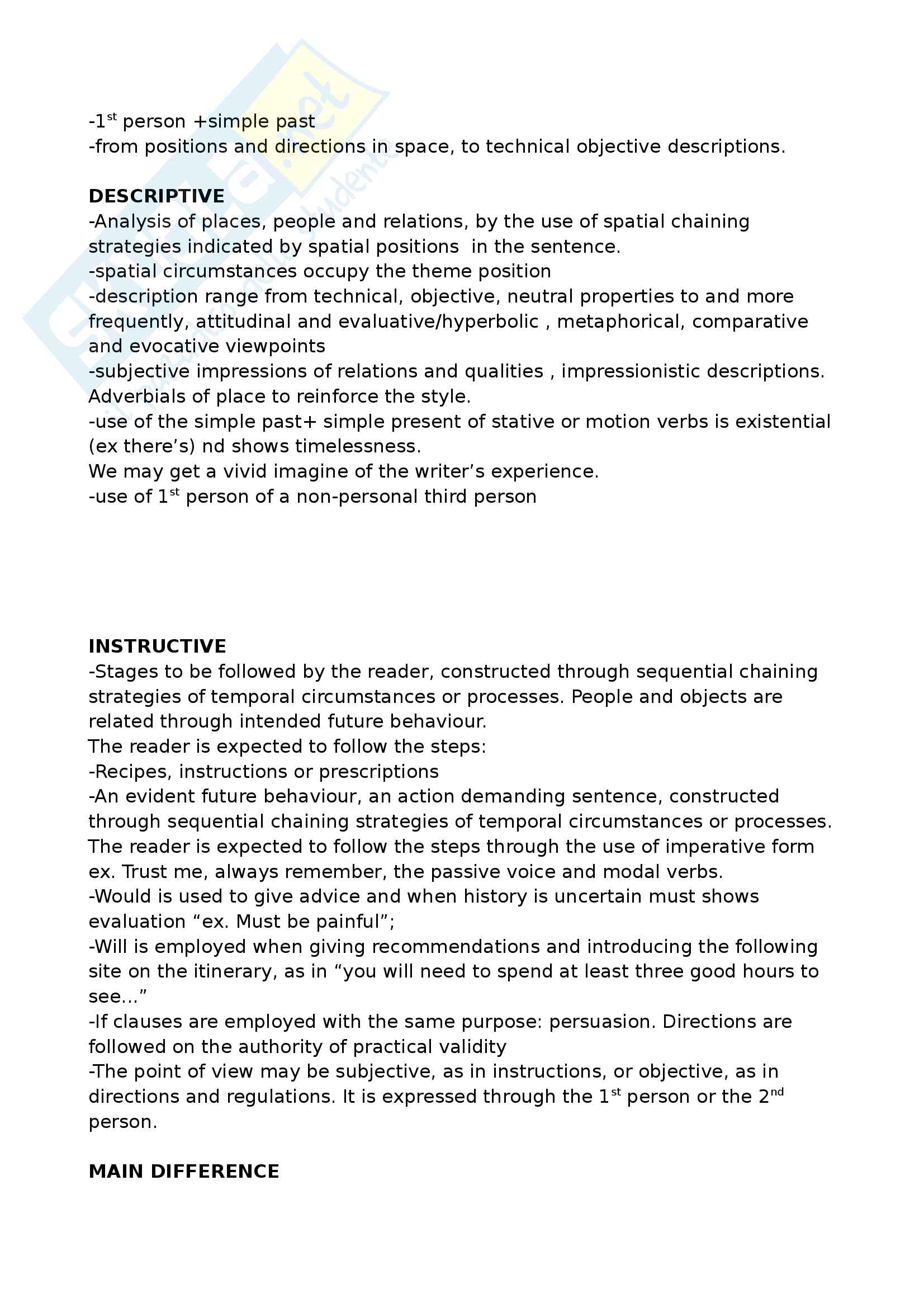 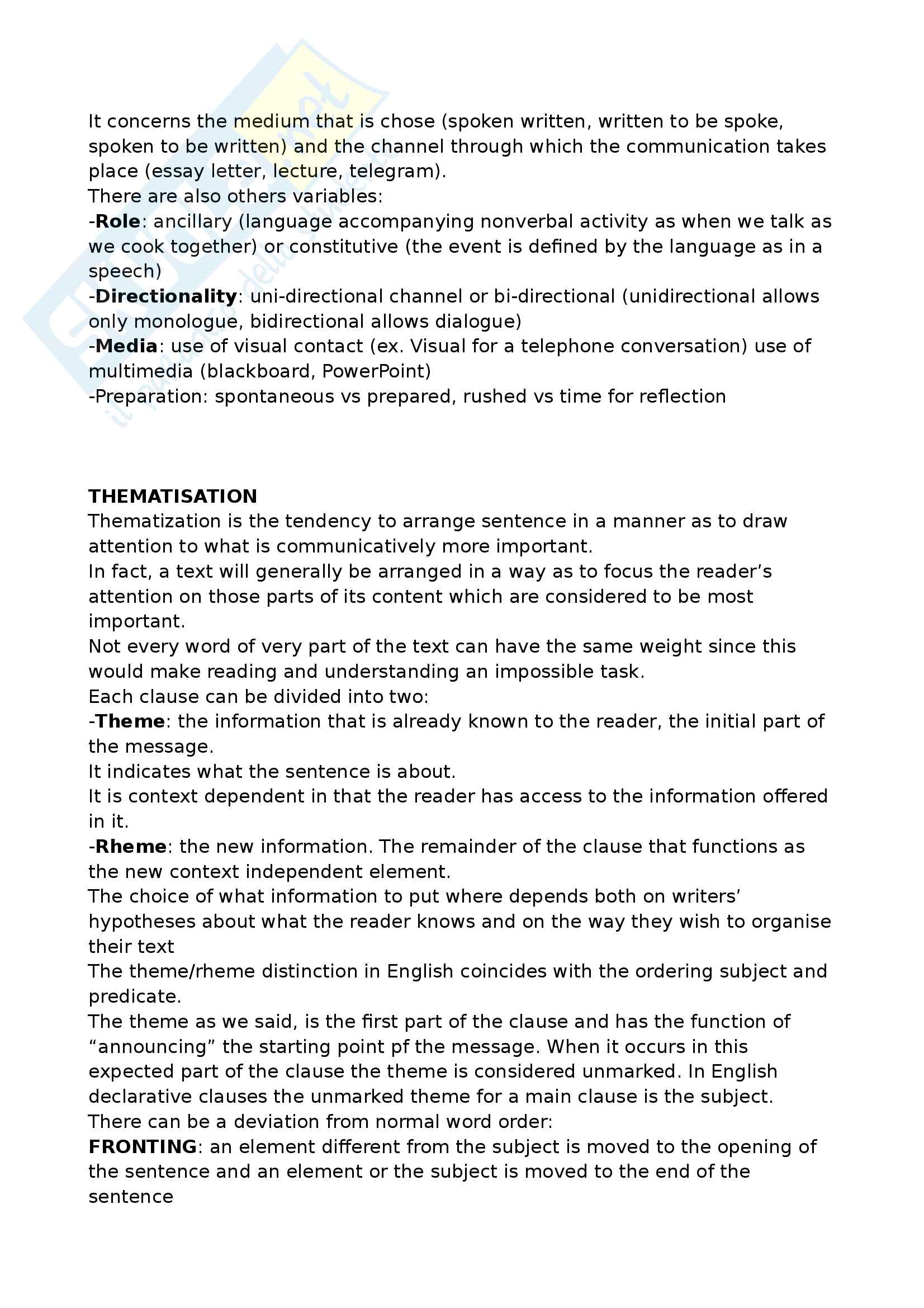 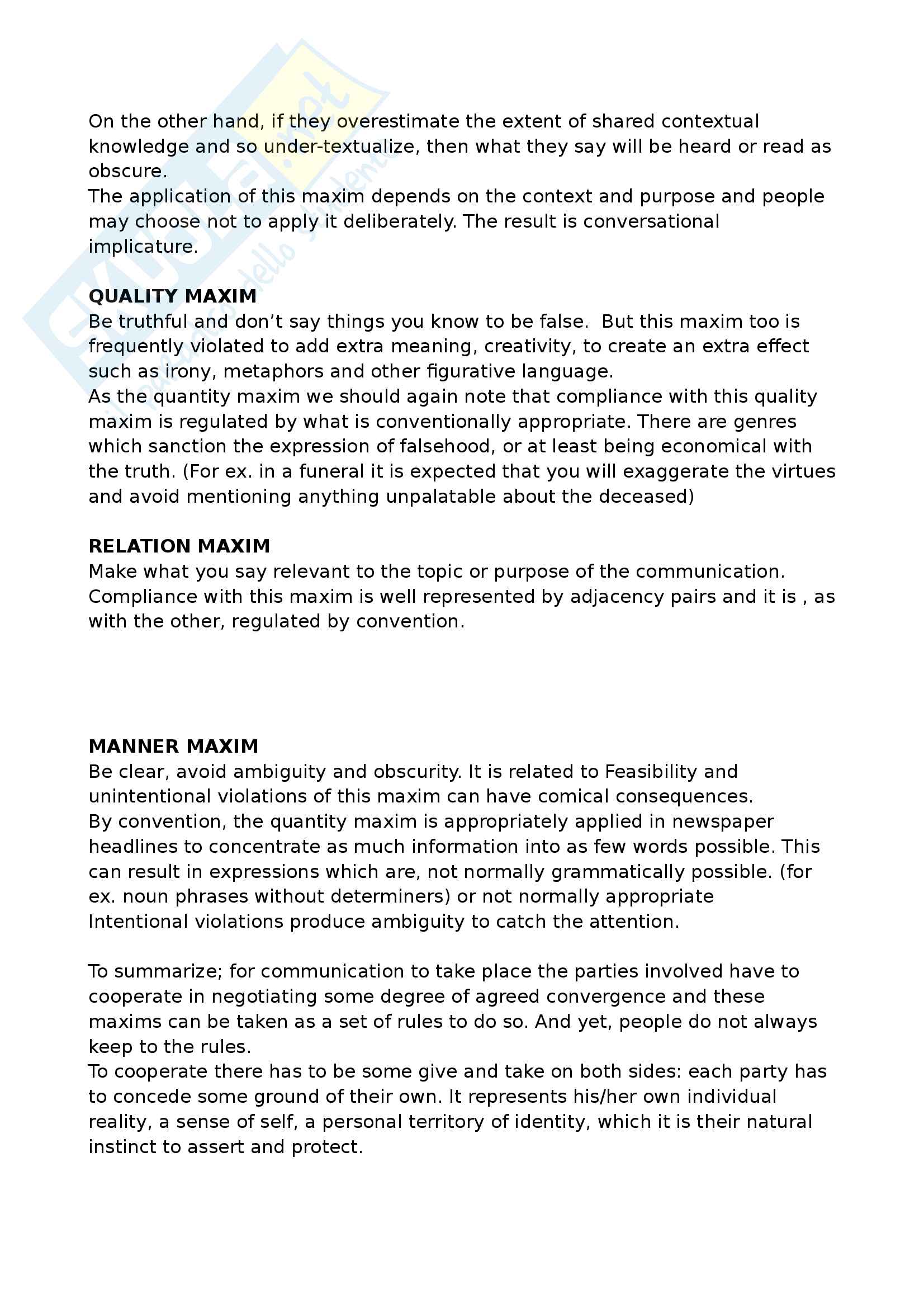