Today more than 4 million of foreign people live in Italy, and around half a million of them are illegal immigrants. This flow, that the State can manage no more, come from Romania, Albania, Morocco, China, Ukraine and the Philippines. Foreigners who entered Italy without a regular entry visa are illegal immigrants and according to the law, they must be rejected at the border or deported. But They usually enter in Italy by the Lampedusa Island with rafts or boats and in very poor conditions so they cannot be immediately removed if they must be rescued, and they must be held in a special Temporary Stay and Assistance Centers for the time strictly necessary to their identification.
However, the number of foreign people to accept for working in our country is decided each year by the President of Ministers’ Council so it isn't true that they stole us work but the fill gaps and do jobs that Italian workers don’t want to do at all for example vegetable pickers, dockers, caregivers for the elderly, dishwasher, conveyor, etc... Who lives regularly in our country must have the same rights as us. 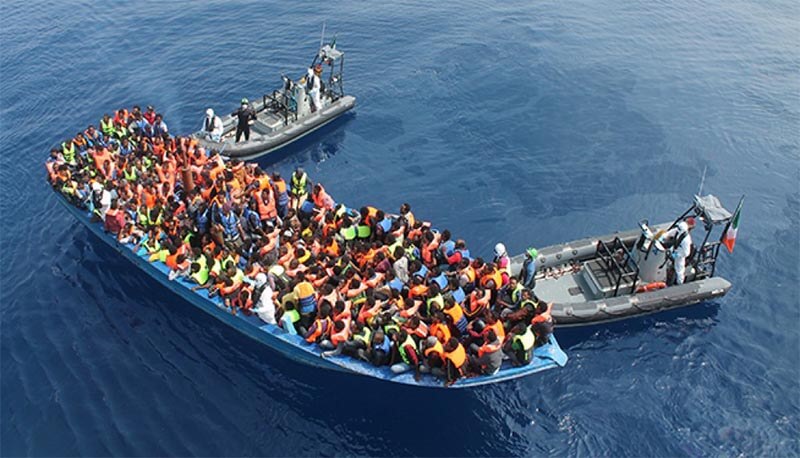 Different is the speech for the illegal immigrants: sanctions are provided for both foreigners who illegally enter our country and for those who permit the entrance.
In my opinion the government must create conditions for a multicultural society and not to be prejudiced against foreigners, because those who emigrate from their own country leave their affects to look for a job that allows a subsistence for the family or to seek political asylum and escape from war zones and murder. If foreign people behave well in Italy we shouldn't criticize or treat them badly like often happened.