The Augustan Age 1714-1760
Introduction
The Augustan Age has ist beginning with the the reign of King George I of Hanover, who came to power after the death of Queen Anne Stuart. George I thoroughly (vollkommen) unpopular because of the fact that he wasn’t interested in the country he was ruling. The majority of the English lived at this time in rural areas, the only bigger city was London.

The Augustan Age is called so because generally regarded as a golden age, like the period of Roman History which had achieved political stability and power as well a flourishing of the arts.

The society in this age was a materialist society, which was responsive to economic pressure, but yet its political organisation was hierarchical, hereditary and privileged. Thus elections were largely controlled by the powerful landowners and politicians who were more interested in bribing for winning their elections than in obtaining the vote of the citizens.
On the other hand the Eighteenth-century championed individualism, seizing opportunities in the sectors of economy, which provided scope (Möglichkteit) for enterprise and enrichment. Also the fact that the English Right at the time didn’t tolerate interference with the private property, demonstrates the extraordinary liberty of this age.

This freedom was also confirmed by the philosophers and the ideology of the time: John Locke, Joseph Adison and others rejected the strict and pessimistic values of Puritanism and a liberal thought affirmed free-will, salvation for all, goodness of mankind and its capacity in progress.

Thus the individuals gained trust in their own powers and capacities, i.e. their reason which made them different from animals. Because of the importance that was given to reason during the Augustan Age, this period is also known as the Age of Reason.

The characters of the literature of the Augustan Age
The authors of the Augustan Age were mainly interested in real life, in stories that were referred to the lives of their readers, rather than in substitutes for reality. A great importance was give also to social behaviour such as politeness, common sense and the art of conversation.
Literature, first of all the novels, has the goal to entertain the raising classes, and therefore the plots were quit simple and had to appear real. In this way time and place was always precisely set and the full name of the main characters reported.
Finally the arts of the Augustan Age are characterised by a desire of balance and harmony and the imitation of nature (also human nature) as well.
Besides that, virtue assumed two particular meanings in Augustan Age; firstly benevolence towards oneself e the others, secondly there was a growing emphasis on the culture of heart and sensibility.

Whigs and Tories
Were the first political parties in Britain. The Tories (Irish outlaws who had killed some English settlers in the past) were the conservatives, who supported the monarchy and the Church and had a great influence under the Stuarts.
The Whigs (rude name for cattle drivers) were descendants of the Parliamentarians. They stood for industrial and commercial development, a vigorous foreign policy and religious toleration. They achieved influence under the Hanoverians and they met without the king under the guide of a prime minister. 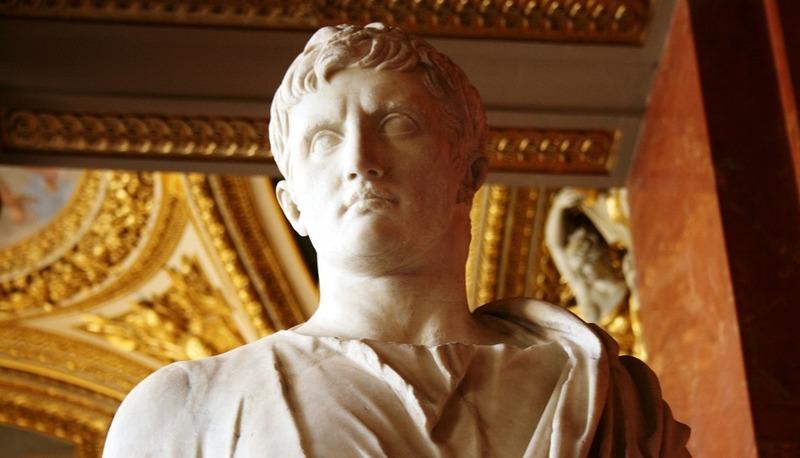 The first Prime Minister was Sir Robert Walpole, who managed to keep England out of foreign conflicts and made trade flourish. When George II came to power, Walpole was given more trust and Walpole obtained a flat in 10 Downing St. Under Walpole and later also his opponent Pitt, England became a strong and competitive country with possessions in India, North America and the Caribbeans.

Social life
The society was divided basically in three classes: the rich merchants, who supported Walpoe, the craftsmen and the poor, who were often farmers who had lost their grounds because of the enclosure act.

A big importance had the coffee houses: they were associated with news and gossip, provided entertainment and often had the function of post-offices as well.

The novel
In the Augustan Age we can assist to an increase of the interest in reading, also because of the lower prices of the books, which made them affordable even for members of the middle class and the lower middle class. This is why the new genre of literature, the novel, had been adapted to the ideology and interests of these of the bourgeois public.
Even though there had been different types of novels (Richardson: sentimental, Defoe: realistic, Swift: satirical), the novels were all written in a simple way

Journalism
The interest of the middle class in literature caused the origin of a new literary form, the journalism, which discussed political, social and cultural issues. Richard Steele gave birth to “The Tattler”, and later Joseph Addison joined Steele and the founded together “The Spectator”, who was printed almost everyday. The journalism didn’t have only the duty to inform, but brought forward also moral and other teachings, thus “Mr. Spectator”, who stood for the authors themselves, commented upon all the habits and values etc. of the society.
The plots were appealing to the practical-minded tradesman, who was self-made and self-reliant. The sense of reward and punishment was related to the Puritan ethics of the middle class and particularly present in the novels by Defoe.
The hero, set in a precise and realistic time and place, was the bourgeois man and generally the mouthpiece of the author. Therefore the public was meant to be sympathising with him.
The narrator was omnipresent and omniscient and never abandoned his characters.

Daniel Defoe
Daniel Defoe was born into a family of Dissenters, who refused the authority of the Church, and studied later he studied some practical subjects such as economics geography and languages. Though his father wanted a religious career for him, he started to works as an apprentice. After that he started to write in some Whig papers with success till under Queen Anne he got imprisoned. Having died the Queen, Defoe became a special agent of the new government.

Characters of his novels
Defoe’s novels were all produced in a very short time (Defoe nether planned his works, nor revised them) and always pretend to be true. Often the plot consisted in more than one story, which were all connected by the presence of a single character, which generally reflects the view of the author himself.
Hai bisogno di aiuto in Fino al 1700?
Trova il tuo insegnante su Skuola.net | Ripetizioni