Ecco una breve storia di Londra in inglese.
London is capital of England. It has about 7 million people. It’s in the south-east of the Country, on the River Thames.

The City: it is the oldest part of London. It’s the center around which London has developed.
Today it is the business center of England. Here you can see the most important banks in the world and many offices. In the City you can also see St.Paul’s Cathedral: the most famous church in London.

The Tower of London: was built by William the Conqueror (a Norman king). He decided to build this fortress on the River Thames to protect the city against invasions. Then it became a royal residence and a prison. Now it’s where the Crown Jewels are kept.

The Tower Bridge: is near the Tower of London. It opens to let ships go up and down the River. 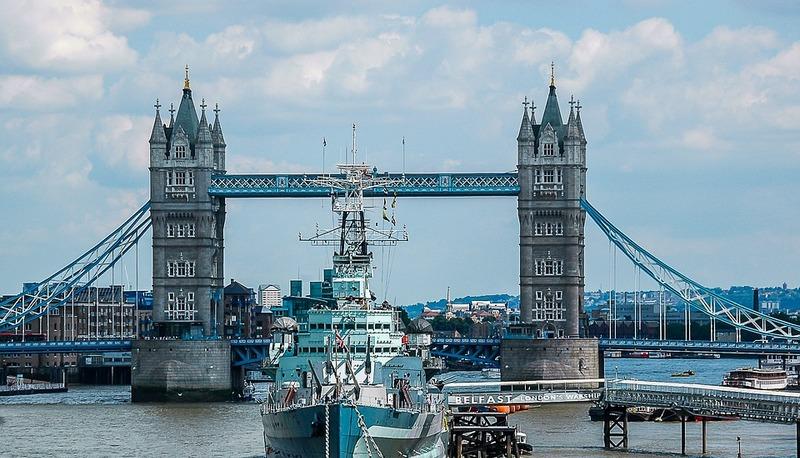 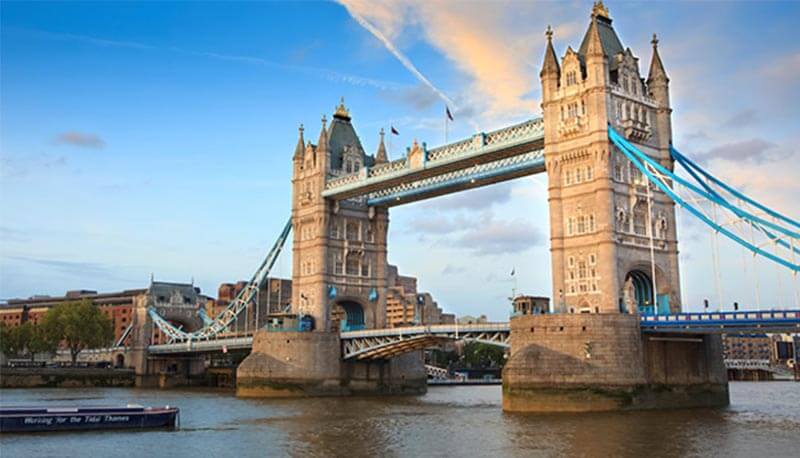 Through the main gate you can see the ceremony of the Changing of the Guard which takes place every morning at 11.30.

The Royal Palace of Westminster: (also called the House of Parliament) is a Gothic building faces the Thames. The bell of the Tower is called Big Ben. This palace is where the Members of the British Parliament.

Westminster Abbey: is the largest and oldest Gothic church in London. English kings and queens are crowed in the Abbey. Inside it you can see the tombs of many monarchs and famous writers and poets.

Trafalgar Square: is an important square in London. In the middle of the square there is Nelson’s Column which was built to celebrate Nelson’s victory over Napoleon (at Trafalgar) in 1805.

Piccadilly Circus: is the meeting point of 6 main streets. In the middle of it you can see the statues of Eros, the Greek god of love. Piccadilly Circus is the center of social life in London: there are many cinemas, shops, pubs and restaurants.
Vuoi approfondire Inglese per la scuola media - appunti, grammatica, letteratura con un Tutor esperto?
Trovalo su Skuola.net | Ripetizioni