Walter Scott and the historical novel
In a period, called by historians "Age of Revolutions", in which the middle class was achieving more power and people had many rights, there was a writer who represented, and exprimed, thoughts of respectful people as the Scottish one: sir Walter Scott. He comes from Edinburgh, a town which was growing and falling under the new social class of merchants and businessmen. In his life he didn't follow his father's career, who wanted to introduce the son in legal fields, but he choice literary studies. After the first novel "Warvely", which gave him the success, he wrote others famous novels as "Ivanhoe", "Rob Roy" and "The Antiquary". Fame conquered by his books, found his reason in themes and style characterising his works: historical context, in which Scott use setting stories.
He was often compared with the Italian Romantic writer more representative in european culture: Alessandro Manzoni. Even if they share lots of theories, they have also some different points of views: the most important one they share is the definition of historical novel, an invented story sets in a real historical context. And the story obliged them to start their works. In 1707, Act of Union had been joined England and Scotland, even if Scottish had their autonomy only in political field, but in that new age, english middle class plucked out scottish traditions, in which there never was been a classes division; families was only divided in "clan" and they had social relationships. 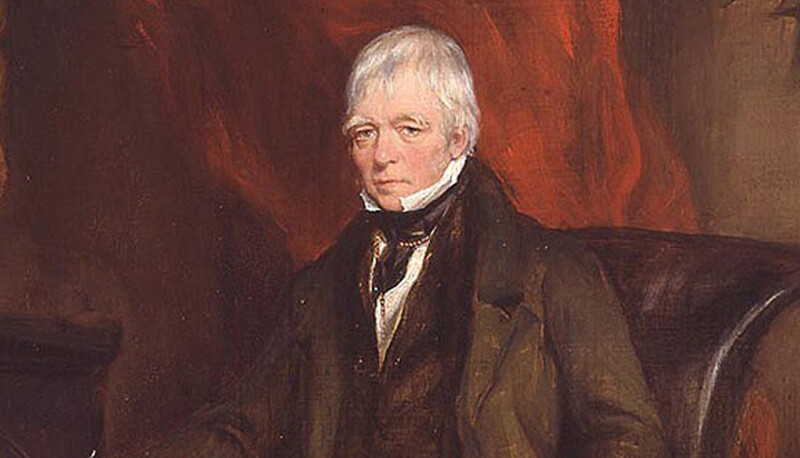 Now, the new ones couldn't interact, every class had to follow his laws; Scottish had to acquired English customs too, so Scott tried to recove his people's folk, celebrating Scotland past history. On the contrary, Manzoni's target was much more difficult to realize: Italy wasn't a nation such as Scotland, it was divided in lots of states.
The reason of Manzoni's history's use had been given by the people situation: he wanted to teach them to have a conscience and to join together becoming a nation. It seems impossible during a period in which political situation was at the opposite of his ideas. So we can see how history is the main theme in those authors works, and how it is also interpreted at the same way: they always thought history as a sequel of events based on a "middle hero", an ordinary person belonging to the people. The great and important hero is less considered, he can start a revolution, but he needs the ordinary people to balance his role, this is because this theory come from the idea supported by Scott and Manzoni, that is to say, history is the way of life of a nation, of a people.
Hai bisogno di aiuto in 1800 e 1900?
Trova il tuo insegnante su Skuola.net | Ripetizioni