The Romanticism develops as reaction to the Enlightenment and the Neoclassicism, that is a reaction to the rationality and the cult of the classical beauty. The Romanticism contrasts in fact spirituality, emotionalism, imagination, and the affirmation of the individual characters.
For this reason the main themes of the romantic movement are:
- Negation of the reason: the romanticism refuses the Enlightenment idea of the reason, because it wasn’t able to explain the totality of the things. For this reason in the romantic age there is a great progress in the exploration of the irrational: dream, visions assume a role of primary importance.
- Individualism: with the lack of the Enlightenment reason, everything that surrounds the man doesn't have a rational key of reading, so every man reflects himself in the nature. 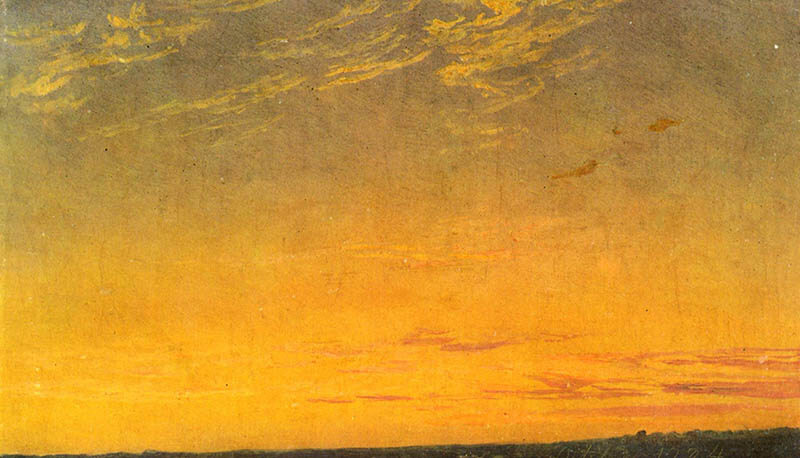 - Concept of people and nation: the individualism on great dimensions becomes a form of nationalism, that culminates for example in the search of ancient origins of the nations, for this reason develops the interest for the middle age.
- The return to the religion: with the missing of the support of the Enlightenment reason, the romantic man looks for stable supports in the faith and in the tension toward the infinity.

Romanticism found itself on the necessity to reach infinity. According to the romanticism, the infinity produces in the man a sense of terror and impotence, defined “sublime”, that doesn’t depressed the subject. Contrarily the incapability and the paralysis for the absolute become an indistinct pleasure in the man. All that is horrid, dreadful and uncontrollable becomes beautiful.
Vuoi approfondire 1800 e 1900 con un Tutor esperto?
Trovalo su Skuola.net | Ripetizioni