Oscar Wilde
(Dublin 1854 - Paris 1900). The aesthetic movement reached its culmination with Oscar Wilde. From his years at Magdalen College, Oxford, he had been influenced by the doctrines of Walter Pater. In 1881 he published his first volume of Poems at his own expense. To secure notoriety and thus increase the sale, he adopted an aesthetic prose, making public appearences in silk knee breeches and with a carnation in his hand. Soon, however, he gave up this form of self-advertisement, and tried to win the public by the brillance of his wit rather than by the extravagance of his attitudes. Having taken to journalistic work to make a living, he wrote, at the same time, delightful tales collected under the titles of "The Happy Prince and Other Stories" (1888) and "A House of Pomegranates" (1891), sophisticated novels such as "The Picture of Dorian Gray" (1891), essays on art, published in one volume as "Intentions" (1891), and an erotic drama in French, "Salomé" (1893). But he showed his sparkling wit principally in a series of comedies, dealing sarcastically with the London society, "Lady Windermere's Fan" (acted 1892), "A Woman of No Importance" (acted 1893), "The Importance of Being Earnest" (acted 1895) and "An Ideal Husband" (acted 1895). 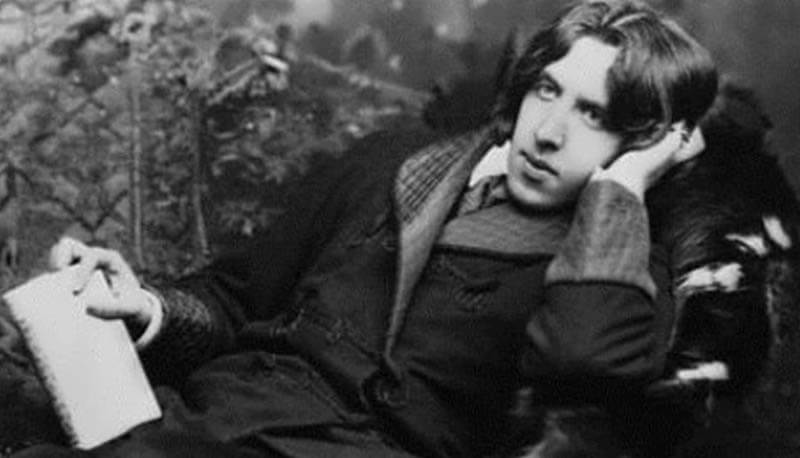