'Bright Star' is an irregular Shakespearean sonnet, whose rhyme scheme varies in line 11 and reads as follows: ABAB CDCD EFGF HH.
The turning point is in line 9, the poet reveals his deep emotions through the use of the word 'still' which will be repeated in the last lines to reinforce the idea of the poet's intense desire.
Apparently the poet addresses a bright star and he wishes he were as eternal as it is. If he were a star, he could see, like a patient, sleepless hermit, the waters and the snow covering the earth (see lines 3 to 5 and 8).
Keats uses natural phenomena to describe his feelings. In lines 9 and 10, it becomes clear that the poet's intention is not to contemplate nature but his lover. He describes being with his lover and what he feels when he is with her without the troubles of life. 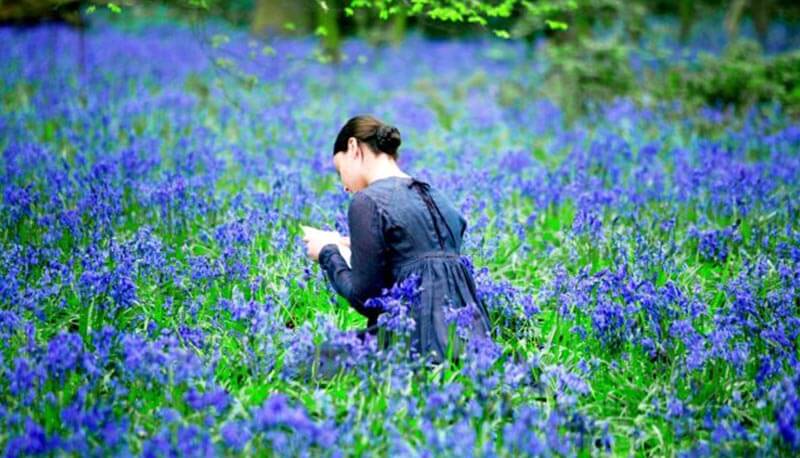 The final couplet contains a paradox, the poet states that if he cannot hear his lover breathe, he will welcome his own death.
Life and death are united and the apparently absurd statement, if well interpreted, reveals to us the poet's true feelings.
The language is figurative; the star is personified

in line 3 through the use of the verb 'watching' and the expression 'with eternal lids apart'; in line 4 there is a simile, the star is like a patient, sleepless hermit. The adjective 'sleepless' means that the star is 'full of life' and the adjective 'patient' implies its ability to be unaffected by events.Then, in line 7, the snow is compared to a 'soft-fallen mask'. They both hide something; the snow hides the mountains and the moors.
Hai bisogno di aiuto in 1800 e 1900?
Trova il tuo insegnante su Skuola.net | Ripetizioni