The first change towards Romanticism, from the Enlightenment, is the Gothic experience.
The gothic novel developed towards the end of the 18th century as a reaction against the common sense and sentimentality of the period (Richardson). They are tales of horror and spine-chilling mystery with a gloomy atmosphere (haunted castles, dark dungeons, ghosts) recalling the Middle Ages. This genre uses emotions and sensibility to the extreme, creating horror mysteries: reason is criticized.
The first novelist of this genre was Horace Walpole (1717-1797) who wrote the Castle of Otranto in his Gothic castle (perhaps this is the reason why the term Gothic is used to describe this style). He wrote giving rein to his imagination, passions and visions.
Castle of Otranto dealt with the story of Prince Manfred, the tyrant of Otranto, and his wife, Hippolita. During the wedding between their son Conrad and Isabella, Conrad dies. Theodore is accused of his death. Manfred needs an heir and decides to divorce his wife and to marry Isabella. But she refuses him and he believes that she has a lover: Theodore. One day Manfred sees Theodore with a woman and believes she is Isabella. He kills her, but she is his daughter. At the end Isabella and Theodore marry, while Manfred and his wife retire to religious life. This was the first novel ever written in the genre (for this reason Walpole wrote under a pseudonym) but was an immediate success.

Gothic novels gained importance at the end of the 18th century. This genre was appreciated by every stratum of society. The term "gothic" has three meanings which, at a connotative level, can be referred to:
· Medieval architecture: old, ruined castles
· Irregular and barbarous: opposite to the Classicism of the 12th–14th century
· Wild, supernatural, mysterious, fearful

Gothic is also connected with the sublime: you can realise your potential through terror. 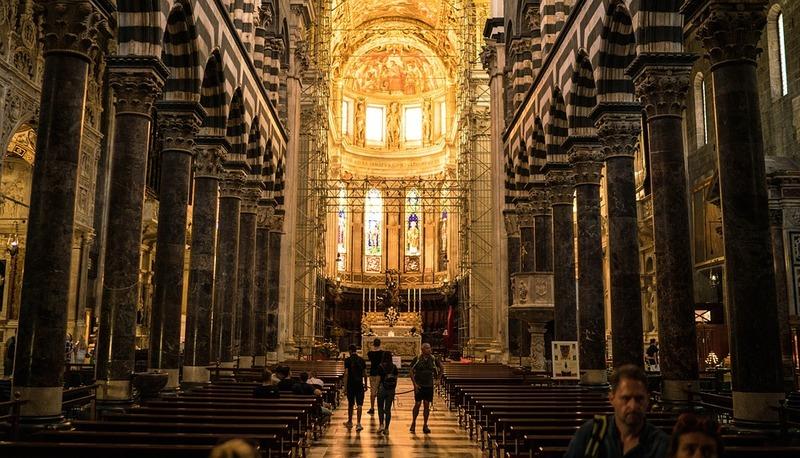 When you are really afraid you can do things you would not be able to do otherwise. This meaning was elaborated by Edmund Burke: the self-divinity, the ability to understand how intelligent and strong you are, the celebration of terror are important features of this period.
Feelings in gothic novels are very intense, because the evocation of intense fear can make you understand your capabilities.
Gothic is also concerned with the exploration of the forbidden (for example, in Jane Eyre, she goes to explore the attic).

Characteristics
· Use of terrifying descriptions (people, places, events are scary and mysterious).
· Unusual settings: ancient castles, foreign countries (sometimes also catholic countries, because Catholics are considered to be superstitious).
· Sense of mystery which pervades everything.
· A very intricate and complicated plot
· Tendency to produce anxiety in the audience

Characters
· Supernatural beings (as in Dracula): monsters, ghosts, vampires
· The heroine, a victim who is physically persecuted
· The villain, a man who is usually old and a victim of his own personality.

Symbols
· Wanderer: someone who does not stay in his place and looks for forbidden knowledge
· Vampire: someone who looks for life
· Overreacher: someone who wants to do more than is humanly and socially possible.
Hai bisogno di aiuto in Fino al 1700?
Trova il tuo insegnante su Skuola.net | Ripetizioni