"Hamlet" by William Shakespeare
First Act - In a castle of Denmark, some men are worried because of the apparitions of a ghost like the king Hamlet, dead not much time before. The ghost arrives at 1 a.m. 'o clock, completely armed, and doesn't speak; then, it goes away before daybreak. They decides to tell Hamlet, the king's son, the fact because the ghost could speak to him. The mother of Hamlet, the queen, has recently married the brother of the dead man, who has became king. The new king is looking after Fortebraccio of Norwegian, that wants attack them. Hamlet suffers for the father's death and for the speed new marriage of his mother; he also doesn't like his uncle who wants him to forget the past pain. At the castle, Laerte, the son of Polonio, the chamberlain, is leaving to France; his sister Ofelia speaks to him and Polonio about Hamlet's proposal of love. The men tell her to not take in consideration Hamlet's letters, 'cause there's too much difference of rank between the prince and Ofelia and a serious relation couldn't be. Ofelia say that she will do so. Orazio, friend of Hamlet, tells him about the ghost and the prince decides to stay up that night to meet it. The ghost arrives at the usual time and takes Hamlet with itself to speak to him. It's the ghost of his father, that was killed by his brother with a poison while he was sleeping and now is sentenced because has died without confess his sins. Only in the night he can walk in the castle and ask revenge. Hamlet is deeply touched by ghost's words and promises to avenge the father.

Second Act - Polonio asks to Rinaldo to look for Laerte and he accepts. Ofelia tells her father that Hamlet has been in her room behaving like a mad and so Polonio decides to speak about it with the king. The king is already worried by Hamlet and asks to Rosenecrantz and Guildenstern, two courtiers, to try to understand the real reason of his sadness. The problem about Fortebraccio is solved by the old uncle of the Norwegian prince. Polonio reads Hamlet's letters to Ofelia with the king and the queen and says that the reason of his madness is the repulsion of the girl so they decide to spy the boy when he is alone with Ofelia. While, Hamlet's behavior gets more and more strange; he pretend to be mad to easily do his revenge. To have a confirmation that the ghost said the truth, invites some actors in the castle to act a story like the murder of his father. 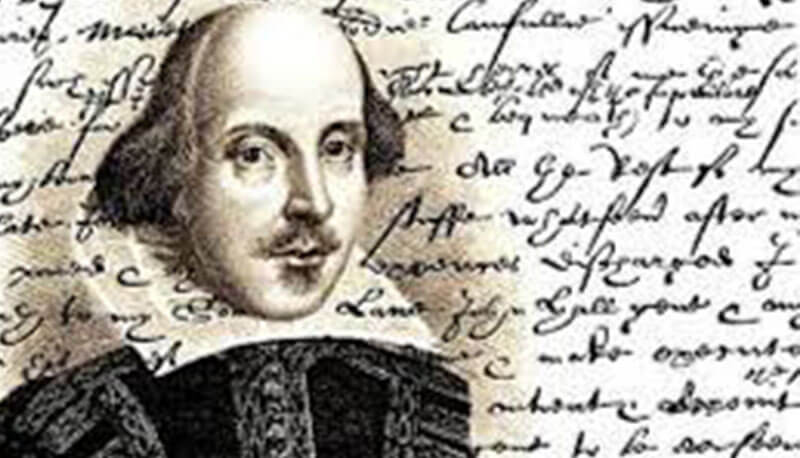 If the king is shocked by that vision, he is guilty.

Third Act - The two courtiers can't find the reason of the Hamlet's madness, 'cause he deceives them. The king and Polonio spy Hamlet alone with Ofelia, but he doesn't seem in love with her. The king and the queen are very shocked by the strange human condition and the fragility of people's soul. The king is afraid of Hamlet and orders to Rosenecrantz and Guildenstern to bring Hamlet with them to England. The king starts to feel very bad because of his guilt, and try to pray. Hamlet meets his mother and hurts her with cruel words and kills Polonio with a sword. The ghost appears only to Hamlet and they speak, while the queen is thinking that her son is delirious.

Fourth Act - The king pushes on the courtiers to take away Hamlet and they leave with him. Laerte returns from France and he is desperate because of his father's death and Ofelia's madness: the two strong pain has made her fool, so the girl, singing, drowns herself. Laerte wants revenge. Hamlet discovers that the two courtiers are bringing a king's letter to England, in which there's the order to kill him. He change the letter with another one where is written to execute the two traitors and can return to the castle. Laerte and the king made a conspiracy against Hamlet: there will be a sporty duel between Laerte and the prince, but Laerte will really kill him with a poisoned sword. If he miss the arm, there's also some poisoned wine to make drink to Hamlet.

Fifth Act - Hamlet sees with Orazio two gravediggers at work and reflects about death's cynicism. There is the funeral of Ofelia and Hamlet is very nasty with Laerte, that becomes angrier. Hamlet explains to Orazio how he could find the letter and he escapes. During the duel Hamlet and Laerte hurt each other, but they exchange their swords and Laerte dies poisoned. Hamlet discovers the plot and, furious, kills the king. Also the queen dies, because she has unintentionally drunk the wine. Hamlet's death is going to arrive and he says to Orazio to narrate this story in the future, then he falls dead. Fortebraccio arrives to the castle with some notices, but finds the king dead. He will take his place on Denmark kingdom.
Hai bisogno di aiuto in Fino al 1700?
Trova il tuo insegnante su Skuola.net | Ripetizioni