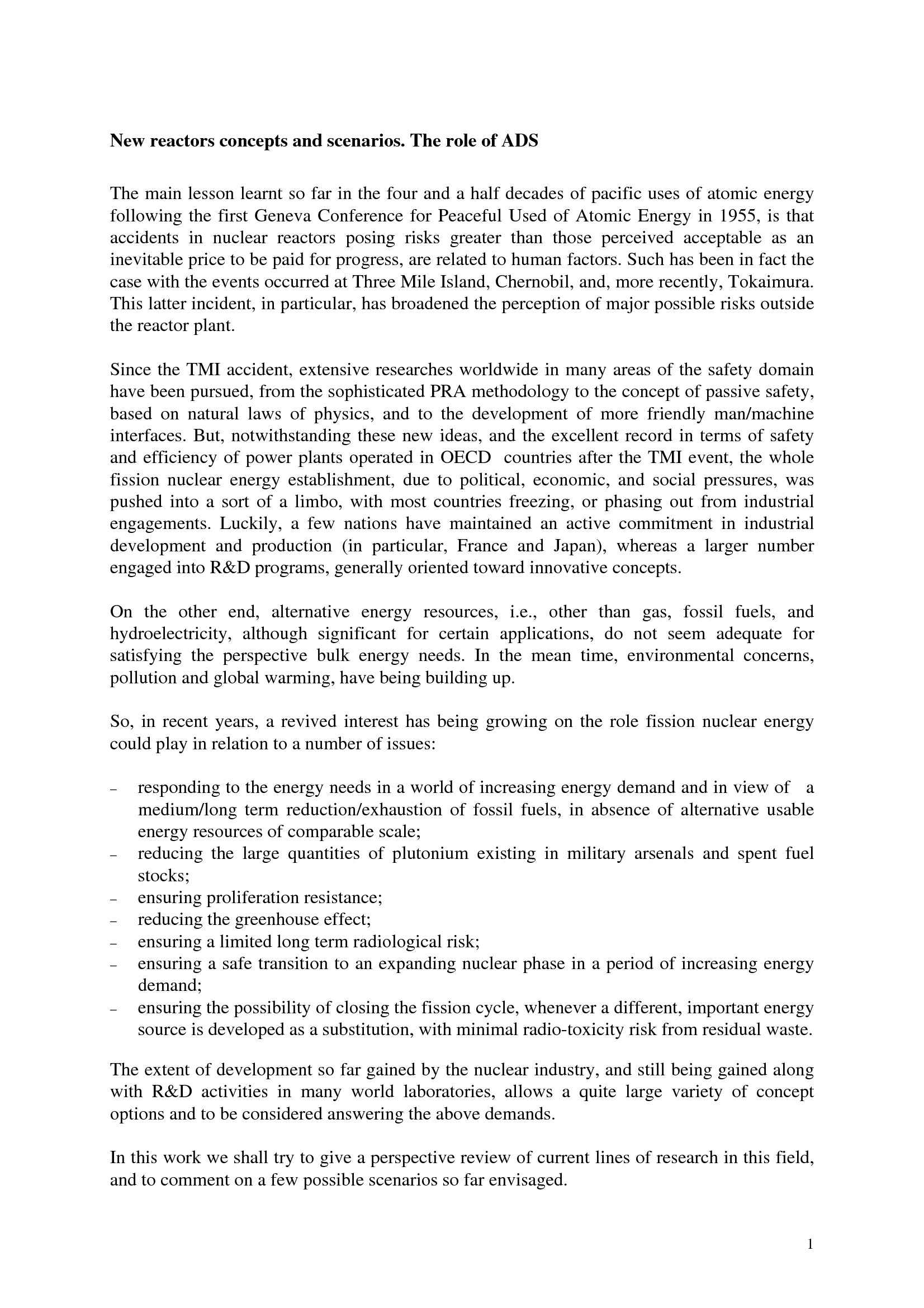 radioactive safety problem, particularly due to the Po produced with the reaction:

Bi (n,γ) Bi Po (its half life of 138 days poses an operational, rather than a

− separation from the environment. When irradiated, they represent a “mixed” waste which

Major research efforts are at present underway in many laboratories to address these issues.

The corrosion issue affecting the vessel integrity is a major one. A protective film consisting

of oxide compounds of steel components is claimed as an adequate measure . The basis of the

film would be Fe O . The reliability of such a solution needs to be verified, recalling the

experience in metal cooled reactors of not negligible oxide layer detachments, in presence of

power/temperature transients (and, in the case of an ADS, also in presence of spallation

products, if the coolant serves also as target).

On the other hand, LBE as coolant has a number of advantages, among which, relatively to

the impossibility of explosion and fire at interaction with air, water and vapor, due to the

the impossibility of the coolant boiling out, due to the high boiling point of Pb-Bi

its enhanced ability (with respect to sodium) of transmuting long lived fission products,

such as Tc , in case this is a strategy to be adopted. This ability stems from the relatively

small neutron lethargy loss per collision associated with the PBE coolant, which allows

− the possibility of increased efficiency, due to the ability of liquid Pb-Bi to support higher

with the corrosion issue may however limit its operating value);

transport cross section of Pb ~2 ÷3 times larger than that for Na, (although its capture

− cross section is ~5 ÷10 times larger than that, relatively small, of Na). Besides, the Pb

atom density is 40% higher than for Na. As a consequence, the neutron economics in

presence of the Pb coolant are better: lower fissile loading which in turn entails higher

5 Yu. I. Orlov , "Stages of development of Lead-Bismuth as a coolant for nuclear reactors in Russia", MIT ATW Technical

Sodium is the best known metal coolant for fast reactors. A main advantage is its

compatibility with all the materials to be used for fabrication of fuel cladding, reactor vessel,

internal components, together with its low pressure of operation.

inspection, which remains an issue (as for other liquid metals). Another drawback is its

chemical reactivity with both air and water.

medium, supposed to be Pb-Bi.

Comparison of sodium with lead-bismuth has been done above, when discussing the Pb-Bi

The utilization of gas (helium, or CO ) as coolant has a number of advantages, since it:

facilitates the in-service inspection and repair, as compared to liquid metals;

− allows the operation with fast neutron spectrum, with no adverse reactivity feedback in

− case of voiding as compared to liquid metals;

has a negligible absorption of neutrons. Hence it produces no radiological concern;

Use of gas, however, requires operating with high internal pressure (typically 50 to 70 bars),

with the related consequences on vessel loading; also, in case of loss of coolant (de-

would lead to very high temperatures for the fuel, and, correspondingly, for the internal

Gas cooled reactors have been already developed, with thermal neutrons (built and operated)

as well as with fast neutrons (conceptual design stage).

primary coolant, with the added constraint that this separation must withstand the loads

(pressure, temperatures) related to the gas. 6

metals. There has also been a long-term interest in carbides and nitrides.

fertile material, the (negative) Doppler temperature feedback would be small. This would

imply to maintain the subcriticality (1 K ) at a large, cost penalizing level. We should

remark, however, that critical systems using highly enriched uranium have been operated

extensively in the past. These systems had relatively low Doppler effect but were designed to

take advantage of other temperature feedbacks, such as thermal expansion (included outward

enhanced Doppler, such as tungsten, hafnium or dysprosium, with resonance integrals 350,

2000 and 1500, respectively. With sufficient Doppler feedback, ADS systems could be safely

pyrochemistry. Experience with the integrated fast reactor (IFR) developed at the Argonne

processing. Traditional nitride fuels are being studied for use in burning the minor actinides

while using the plutonium in fast or thermal reactors (double strata strategy) .

Molten salt fuels allow for the fuel to be dissolved in the coolant. This provides for a

homogenous mixture where fuel can be added and removed (quasi) continuously. This

continuos operation transforms the concern over the reactivity swing during burnup, to be

compensated by an appropriate (poison, or accelerator current) control, into that of correctly

absorbers, control rods, or changing the accelerator power. The traditional first barrier to

radionuclides release, the solid fuel form, is non-existent in molten salt fuels. However,

multiple barriers can be designed to compensate for this change in safety basis. Since molten

salt reactors process the fuel continuously, the quantity of fission products is reduced when

compare to a solid fuel design.

an option for operating at very high temperatures. There are basically two possible types of

particle fuel: sol-gel, developed by General Atomics, based on graphite kernels, coated with

silicon carbide, and the infiltrated kernel approach developed by BNL.

Sol-gel was developed in the HTGR program, and has been demonstrated for uranium and

plutonium carbides and oxides. Other actinides should perform well, in principle.

All particle fuel should be coated to enhance fission product retention, and protected against

reaction/erosion by the coolant. The choice of coating materials is based on compatibility with

the kernel and coolant, and the level of burn-up desired. In general, silicon-carbide or metal-

carbide are the materials of choice. A pyrolytic carbon intermediate layer is usually used

between the kernel and coating for fission product retention, and to protect the outer coating

for high burnups (over 700 GWd/t) with the sol-gel based particles.

The use of a bare particle geometry allows direct cooling of the particles. As a result, high

the actinides and other fission products. The thermal margins in operating and accident

The coated particle fuel considered above was developed in relation to thermal reactors. There

is also an interest to develop a similar fuel form for fast, or intermediate, systems (possibly,

with some ceramic outer layer, as TiN, and with particles of ~10-fold larger radius). Little

experience exists so far in this field and a fairly large R&D effort would be required.

ADS incinerators are considered also for transmuting Tc and I by neutron absorption.

The design of the target material is under development but several issues can be addressed.

physical properties to Tc . However, I plus a neutron becomes Xe in the order of tens of

hours and Xe is a noble gas. In the case of Tc a target can be developed that will allow a

very long residence time. In the case of I pressure buildup is a concern which must be

accounted for in the target design and could limit the target life. Another difference between

20 barns and a resonance integral of 300 barns. I has a thermal absorption cross section of

30 barns but a resonance integral of only 50 barns.

As previously mentioned, the use of Pb-Bi as coolant would help transmuting these fission

products, due to the larger number of scattering collisions, with respect to lighter coolants,

required by a neutron for escaping a capture resonance width.

In order to help the transmutation of Tc and I , some moderation of the flux is useful.

Unfortunately due to high thermal fission cross section of the MA, thermalization of the

In principle, any reactor design, reconfigured for source-driven subcritical operation, is a

viable option for consideration as the sub-critical blanket/burner for an ADS system.

In previous sections our main reference have been an IFR-like (Pb-Bi or Na cooled) system.

Below, we shortly describe two other concepts of interest as possible ADS candidates.

In the molten salt option, fuel and coolant are obviously the same medium. A reactor using a

molten salt mixture of uranium, thorium, beryllium and lithium fluorides has worked with

A major advantage of molten salts are the great flexibility for the insertion of MA and LLFP,

together with the capability of accommodating very high burn-ups. As molten salts, one can

envisage chlorides or fluorides. In the first case, operating temperatures are reasonably low

(600 to 700°C), but chlorides have some adverse properties, such as corrosion (particularly

with respect to steel) and a relatively high neutron absorption. In the second case, operating

temperatures would be higher, but fluorides seem more stable. In any case, use of molten salts

would need a very lengthy R&D effort, due to larger unknowns associated with material

At JAERI a molten- salt fast ADS concept with chloride salt as target, fuel and coolant, and

with on-line processing, is studied as an alternative within their development program. The

In US a thermal molten salt ATW transmuter has been also analyzed . The system design

utilizes NaF-ZrF carrier salt. The advantages claimed for this design are:

1. No backend chemistry. Once the fuel is fluorinated it is maintained in the core until

2. Immediate denaturing of the plutonium once mixed with the molten salt of the core. This

3. Due to the homogenous nature of the fuel the reactivity change with burnup can be

4. No need for fuel fabrication.

1. Liquid fuel. This implies the reduction of one containment barrier (but there is no reason

to assume that equal safety cannot be achieved).

2. Corrosive fuel. Although this was a problem with the original molten salt reactor,

corrosion resistant materials have been developed for molten salt operation.

3. Mixing of fuel implies that 20% of the actinides remain at discharge. Another type of

reactors should be developed to further reduce the actinides.

4. Less favourable neutron economy with a thermal spectrum. The neutrons per fission are

about 7% less at thermal energies. The parasitic losses to fertile actinides are about a third

greater for thermal systems. This can be compensated by an appropriate accelerator power

High temperature gas-cooled systems use helium (or CO ) as coolant, whereas the fuel

elements contain coated particles embedded in a graphite matrix. In the German HTGR

bed", whereas prismatic blocks are favored in the USA (General Atomics ).

element. The addition of these materials would reduce the anticipated rapid drop in reactivity,

and lengthen the cycle time.

processing. In this case, the particles would be encapsulated in a graphite matrix in a container

which can then be placed in a suitable repository.

The particle nature of the fuel offers the potential for on-line re-fueling, similar to that

employed in the German PBR, which provides additional flexibility for reactivity control. The

reviving now the interest on these systems.

A variety of possible scenarios exist, depending on the type of cycle (open, or closed), fuel

We may recall first the so called "double strata" option (closed cycle) consisting in:

a first layer comprehending LWR (and possibly) fast reactors, burning U and Pu,

For what concerns the first layer, the fissioning of plutonium in MOX form in LWR, as is

presently done with a single recycle strategy, and might in the future be incremented with

multirecycling, would reduce, if not eliminate, the use of fast reactors for Pu burning. The

8 W. Gröger, "Safety Aspects of New HTGR Designs in the Federal Republic of Germany", Int. Workshop on Safety of

Nuclear Installations of the Next Generation and Beyond, Aug. 28-31, 1989 Chicago. 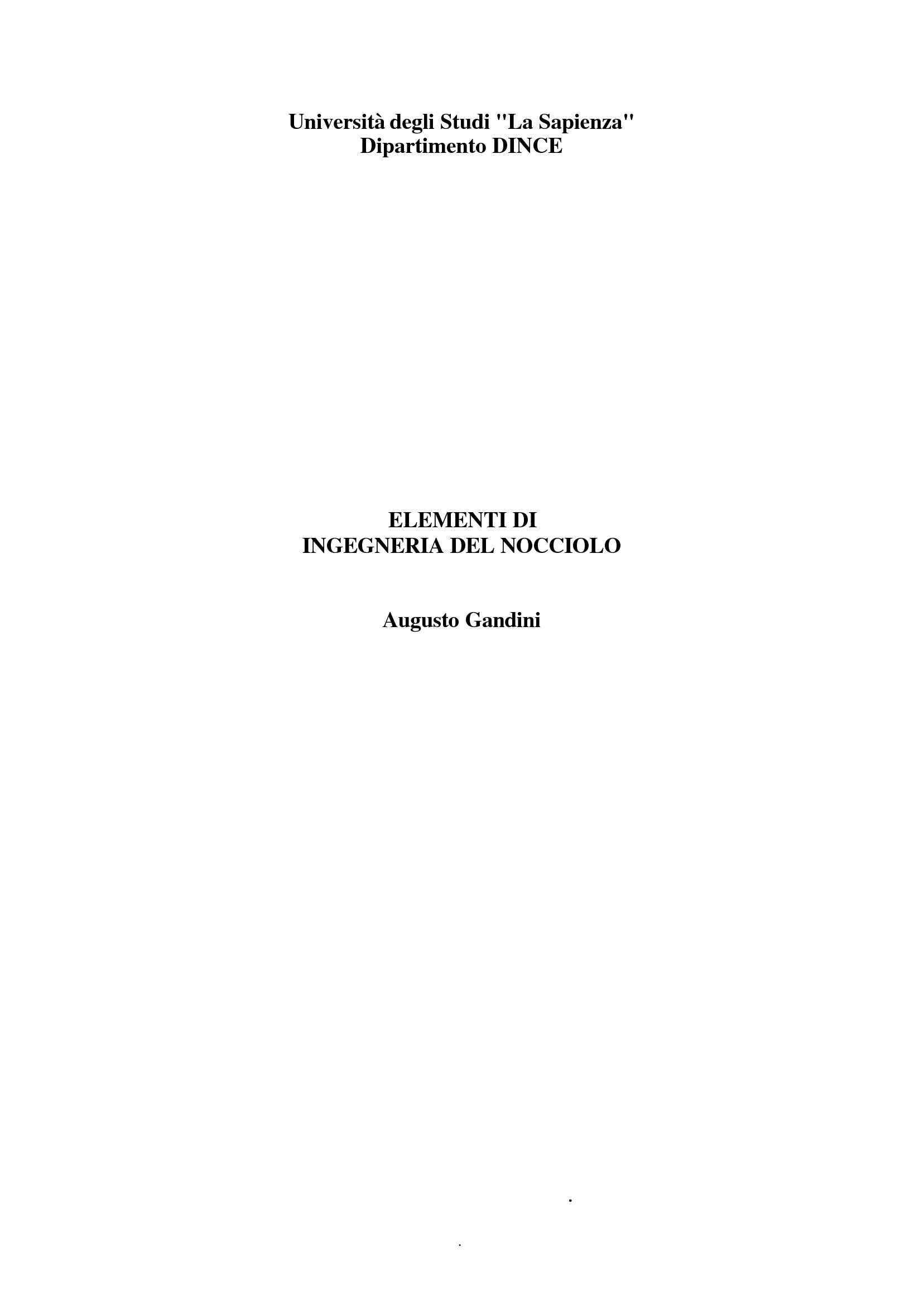 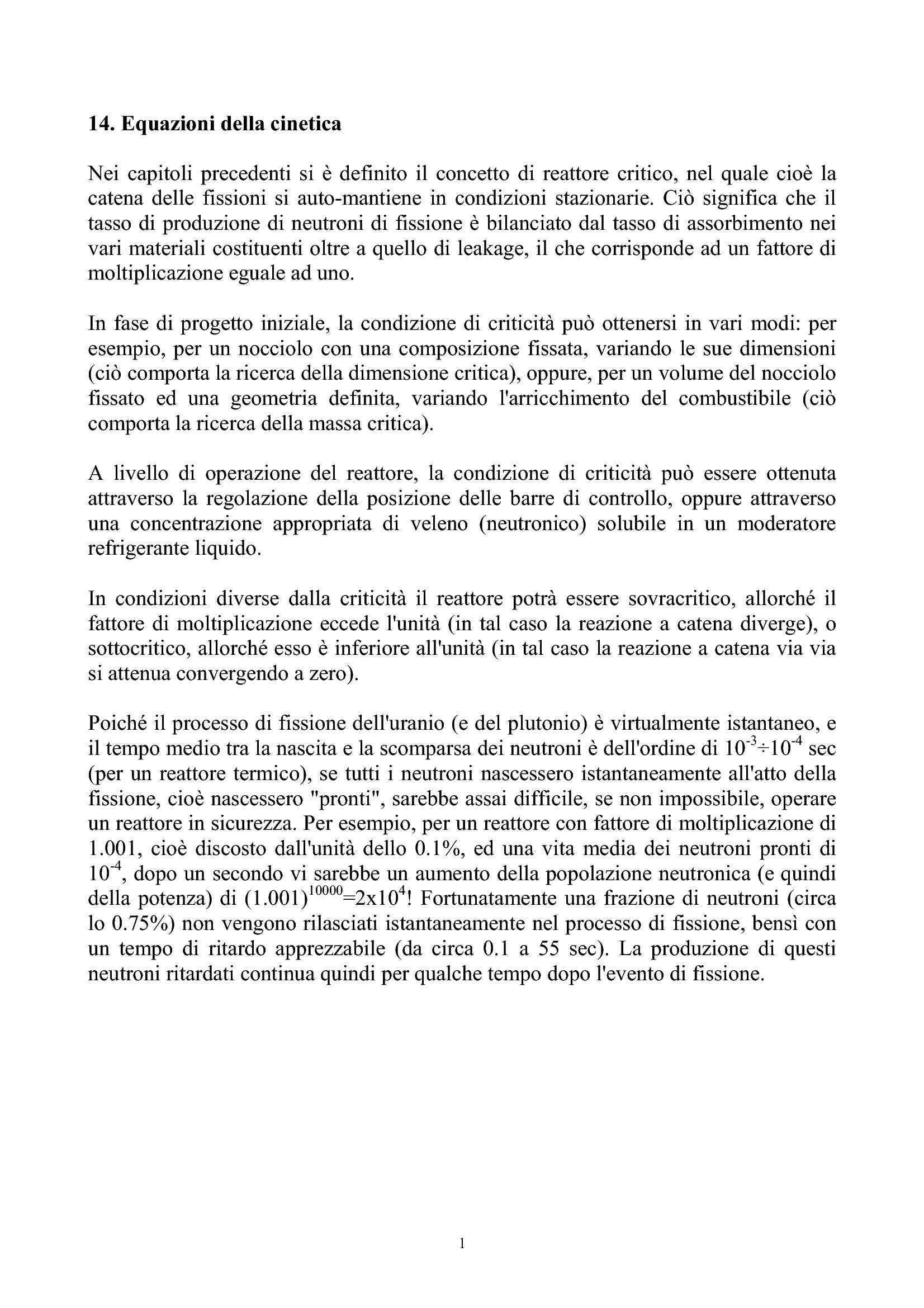 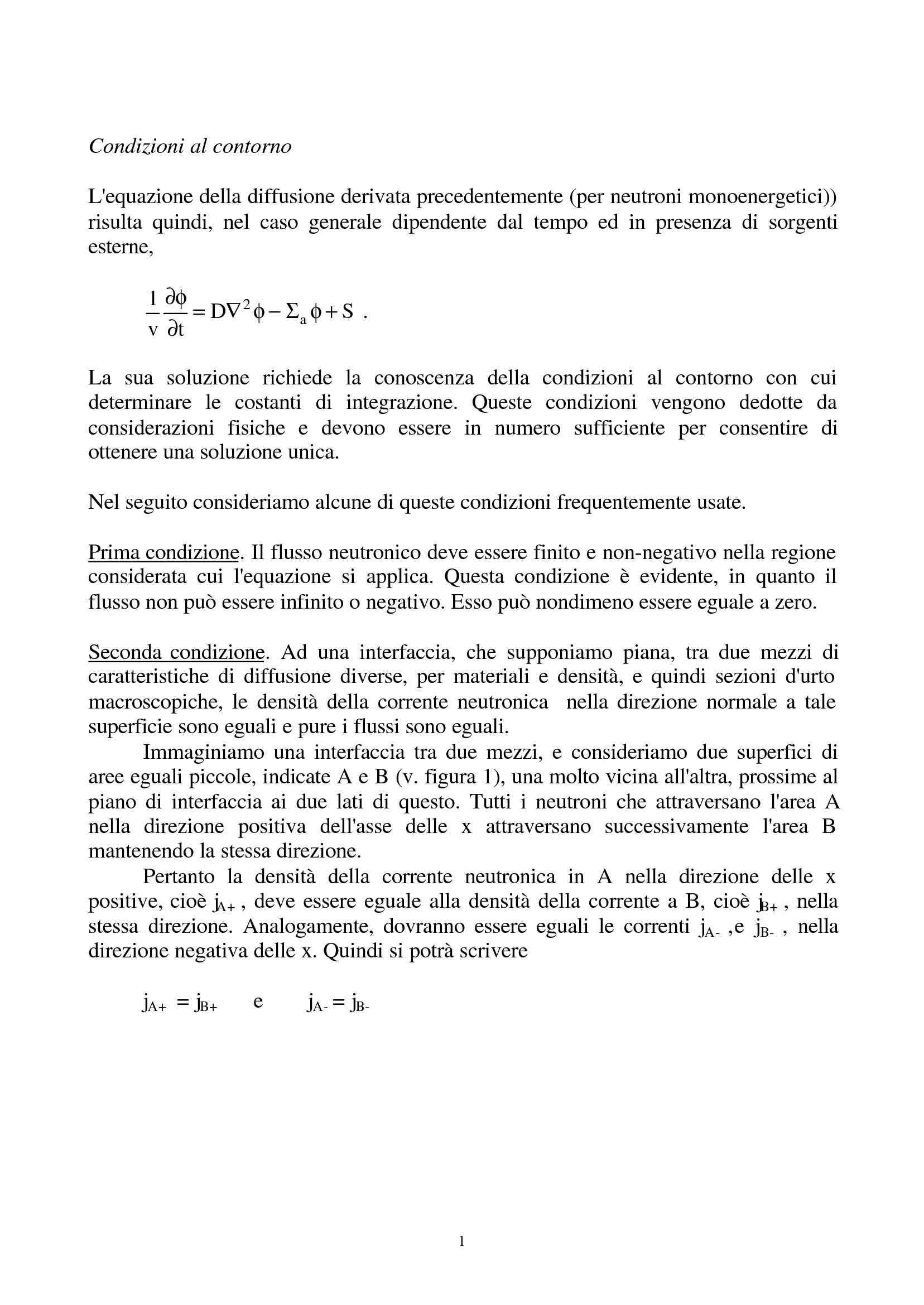 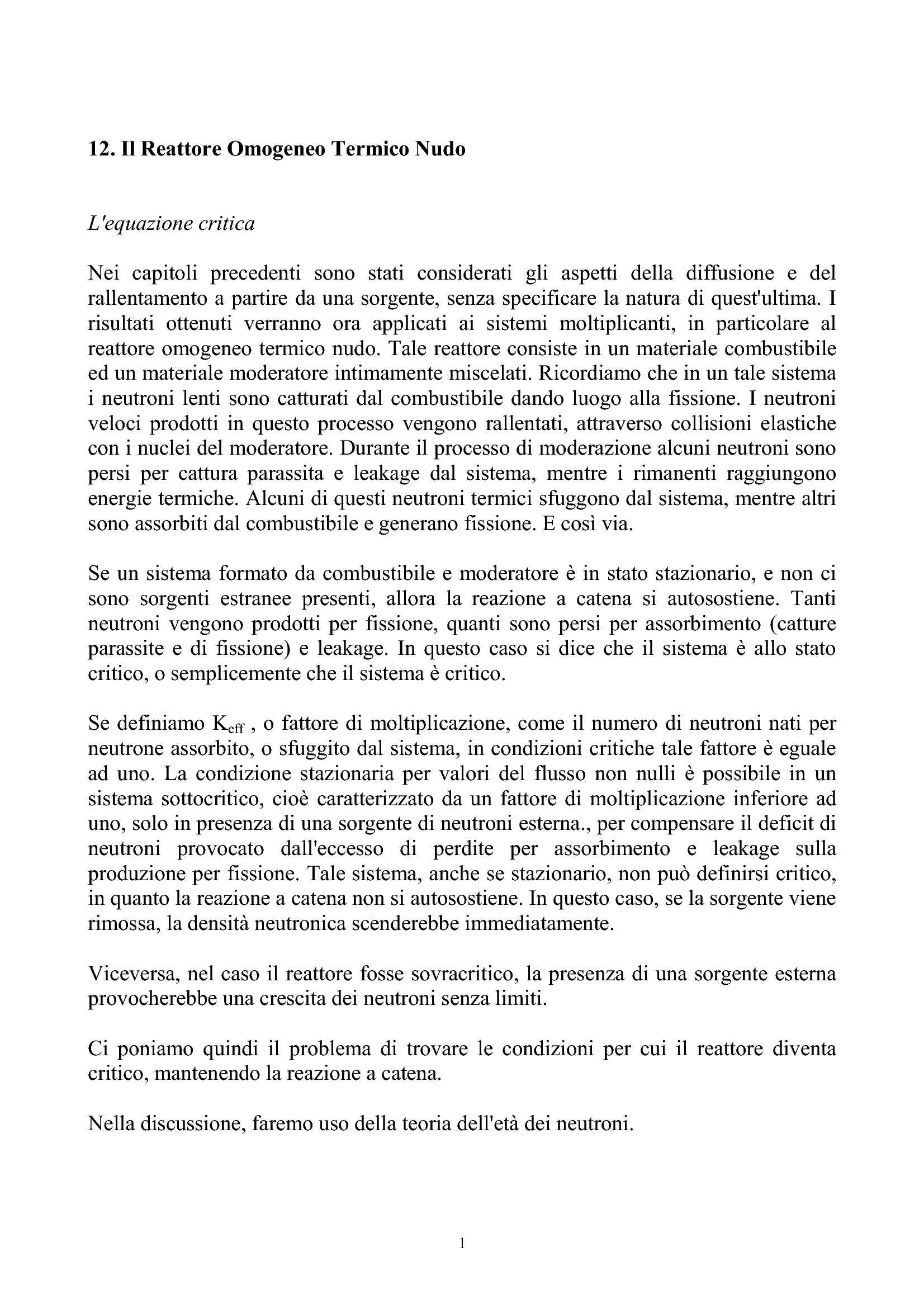