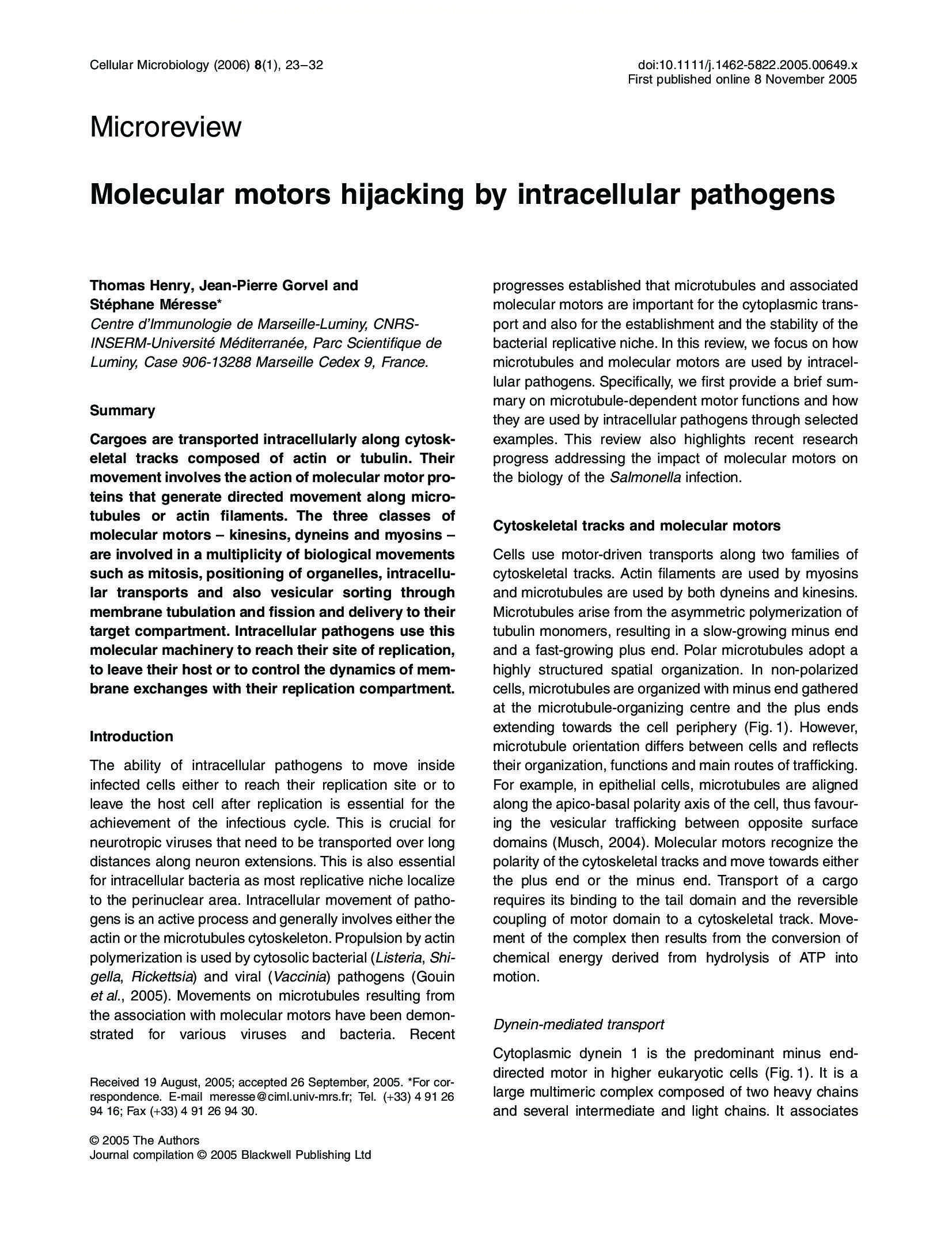 retrograde movement towards the nucleus (Kristensson

2 has been involved in the movement of melanosomes et al., 1986). Disruption of microtubule function leads to a

play an important role in specific vesicle transports. associates with cytoplasmic dynein during this phase

of the fastest described kinesin motor (about 2 s ) with this concept, disruption of dynein function resulted in

terminal (Hall and Hedgecock, 1991). Unc104/Kif1A is versely, inhibition of kinesin function resulted in a

Pi(4,5)P2 as the result of its concentration in lipid rafts

β1 A huge step towards the comprehension of the mech-

(Klopfenstein et al., 2002). In mouse, Kif13A binds the anism of capsid transport along microtubules was over-

subunit of the clathrin adaptor AP-1. It has been reported come with the tracking of individual viral particles in living

to play a role in the post-Golgi transport of the mannose cells (Suomalainen et al., 1999). Precise studies of the

One of the most poorly understood aspects of kinesin- rabies virus PRV) during both retrograde (Smith et al.,

based transport is how the motor activity is regulated. In 2004) and anterograde transports (Smith et al., 2001)

or their activity to link themselves to their cargo. with a bias towards the cell body during entry and a bias

Rabkinesin6, for example, interacts with constitutively towards the terminal ends of the axons during escape.

the COP1-independent vesicular transport from the Golgi presence of several motors on the capsid. Such fast

apparatus and the endoplasmic reticulum (Echard et al., bidirectional transports have also been described for

homology motif known to bind PI(3)P. It is recruited to Numerous molecular interactions between viral proteins

and its effector, the phosphatidylinositol−3-OH kinase been described. Particularly, the dynein light chain protein

the HSV-1 capsid protein VP26 has been shown to inter-

Involvement of the microtubule cytoskeleton in act with dynein light chains RP3 and Tctex1. The involve-

viral infections ment of this viral protein has been demonstrated by

microinjecting virions containing or not VP26 protein in

Most viruses replicate in the nucleus or the perinuclear +

area, at a distant point from their peripheral entry site. The tion towards the perinuclear area, no orientated migration

step in between thus requires their transport towards the –

replication site. Because of the high viscosity of the cyto- poliovirus receptor CD55 interacts with TcTex (Mueller

perinuclear area. This is particularly true for neurotropic ruses could use CD55 both for receptor-mediated endocy-

viruses, which can enter the host cytosol in a dendrite or tosis and retrograde transport. Interaction of viral proteins

an axon at a huge distance from the cell body. Thus with the dynein intermediate chain (Ye et al., 2000) and

molecular motors to be transported to their replication site Raux et al., 2000; Alonso et al., 2001) have also been

(Sodeik, 2000; Smith and Enquist, 2002). What is true for reported. Concerning anterograde movement, proteins

HSV-1 capsid requires the microtubule network for its

26 T. Henry, J.-P. Gorvel and S. Méresse after the entry. It moves towards the nucleus in a micro-

Viruses have to be transported in opposite directions in tubule-dependent manner (Ewing et al., 1978). This

function of the phase of the infectious cycle. This imposes movement is striking for a bacteria residing in the host

a tight regulation of the microtubule-associated motors. cytosol and is very different of the well-known actin-based

during entry and towards the terminal end of the axon Listeria, Shigella and Rickettsia. Movement on microtu-

ular motors while minus end motors do not seem to be lus actinomycetemcomitans. It escapes from the host cell

regulated (Smith et al., 2004). Conversely, upon entry of and spreads to adjacent cells via intercellular protrusions

adenovirus, PKA and p38/MAPK pathways are activated that are dependent on microtubule integrity (Meyer et al.,

and stimulate minus end-directed transport (Suomalainen 1999). As exit requires a plus end motor, kinesin could be

et al., 2001). Another step of well-described regulation involved in this phenomenon. Kinesin has also been

tubules to an actin-based motility at the cell surface replicative niche. Indeed, intracellular delivery of antibod-

(Rietdorf et al., 2001). Release of kinesin occurs after ies against kinesin after host cell permeabilization has

activation of the host cell kinase Src by a viral protein B5R. been shown to inhibit C. psittaci replication. However, this

Src activation leads to phosphorylation of A36R, the viral may only result from the loss of the close apposition of

protein interacting with KLC and to localized release of mitochondria to the C. psittaci inclusions (Escalante-

bacterial infections such a phenomenon.

Much less is known about the use of microtubule-associ-

ated motors by intracellular bacteria. While most bacteria Focus on Salmonella

that direct their entry in non-phagocytic cells such as During systemic infection of the host, Salmonella typhimu-

eton (Cossart and Sansonetti, 2004), microtubule-depen- and the liver. This capacity to replicate inside macroph-

dent entry into host cells has been described for ages is critical for its virulence (Leung and Finlay, 1991)

Campylobacter jejuni, Citrobacter freundii and Serratia and is based upon the establishment of a niche of re-

marcescens (Oelschlaeger et al., 1993; Hertle and plication inside the host cell. This niche is called the

Schwarz, 2004). Also, inhibition of dynein by a low spec- Salmonella-containing vacuole (SCV). It is a unique

Right after entry, movement towards the microtubule- et al., 1996) plays a critical role in this process. In the last

2001), all dependent of the dynein motor. Such a move- microtubule network for the establishment of the S. typh-

in a manner dependent on microtubule integrity and

most cargo transport by uncoupling the dynein complex pathogenic bacteria rapidly fuse with lysosomes, the SCV

from its cargo vesicle, it has no effect on transport of the matures in a different way. The fusion of the latex-bead

Chlamydia inclusion. This observation suggests that bac- phagosome with the late endosomal/lysosomal compart-

participate in the formation and/or the maturation of these

in a Lamp-1-positive compartment is dependent on rab7 Finally, the microtubule network is reorganized in Salmo-

recently at the involvement of the rab7/RILP/dynein cas- tubules around clustered SCVs (Guignot et al., 2004;

cade at different steps in the maturation of the SCV. While Kuhle et al., 2004). SseF and SseG are necessary for this

they all found that the rab7/RILP/dynein cascade was phenotype (Kuhle et al., 2004) while it was originally

essential for the bacterial replication, their results differ described as independent of TTSS-2 effectors (Guignot

particularly in the outcome of the SCV in cells overex- et al., 2004).

migrates into a perinuclear area (Fig. 2A) in a RILP/

lysosomes leading to inhibition of replication (Marsman the identification of SifA (Stein et al., 1996). Both in mac-

sions of the SCV membrane named Sifs (Fig. 2B) (Garcia- mal membrane proteins towards the SCVs, as well as by

del Portillo et al., 1993), the formation of which is also a disappearance of the lysosomal vesicular pattern

dependent on rab7 (Brumell et al., 2001). Surprisingly (Fig. 2B). This process is dependent on SifA functions as

rab7 suggesting a local uncoupling of RILP from rab7 –

killing activity that is not active in HeLa cells allowing

replication of a sifA mutant in this latter cell line (Beuzon

Positioning of the late SCV –

perinuclear area at early time points, the localization of molecular motors. This assumption is supported by the

effectors. Particularly, SseG targets the SCV in the peri- loss of the vacuole (Fig. 2E) and by the stabilization of the

Holden, 2003). A possible involvement of SseG in the the molecular link between SifA and kinesin is mediated

control of molecular motors has not been addressed in by SKIP, a regulator of kinesin recruitment (Boucrot et al.,

this study. A mutant for another TTSS-2 effector SifA has 2005), SifA has also been suggested to form a complex

recently been shown to loose the perinuclear localization. with rab7, and thereby to regulate the local uncoupling of

The movement of the sifA RILP/dynein from rab7 (Harrison et al., 2004). Consistent

sustaining this phenotype has been deciphered leading to 2004). Finally, while in control cells, each bacterium of a

ingly, the SifA protein is also involved in the formation of et al., 2004). Thus SifA emerges as a major player of the

Sifs (Stein et al., 1996). These filamentous structures are modulation of molecular motors. However, it is likely that

formed along microtubules and depolymerization of the other TTSS-2 effectors are also involved in this process.

Indeed, the recruitment of kinesin on the sifA

tors including SopD2, PipB2, SpvB, SseJ, SseF and SseG other secreted effectors are responsible for the enrich- 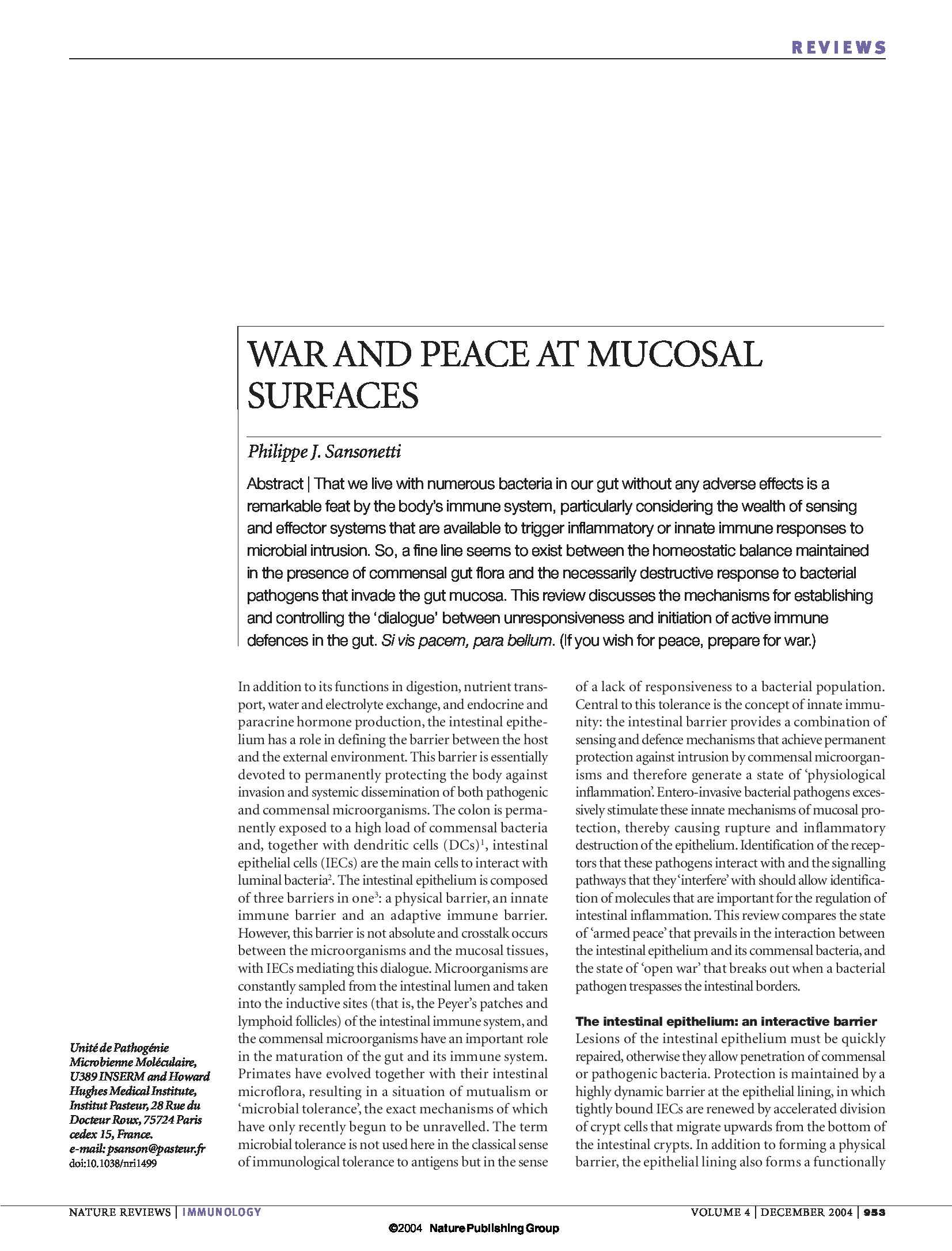 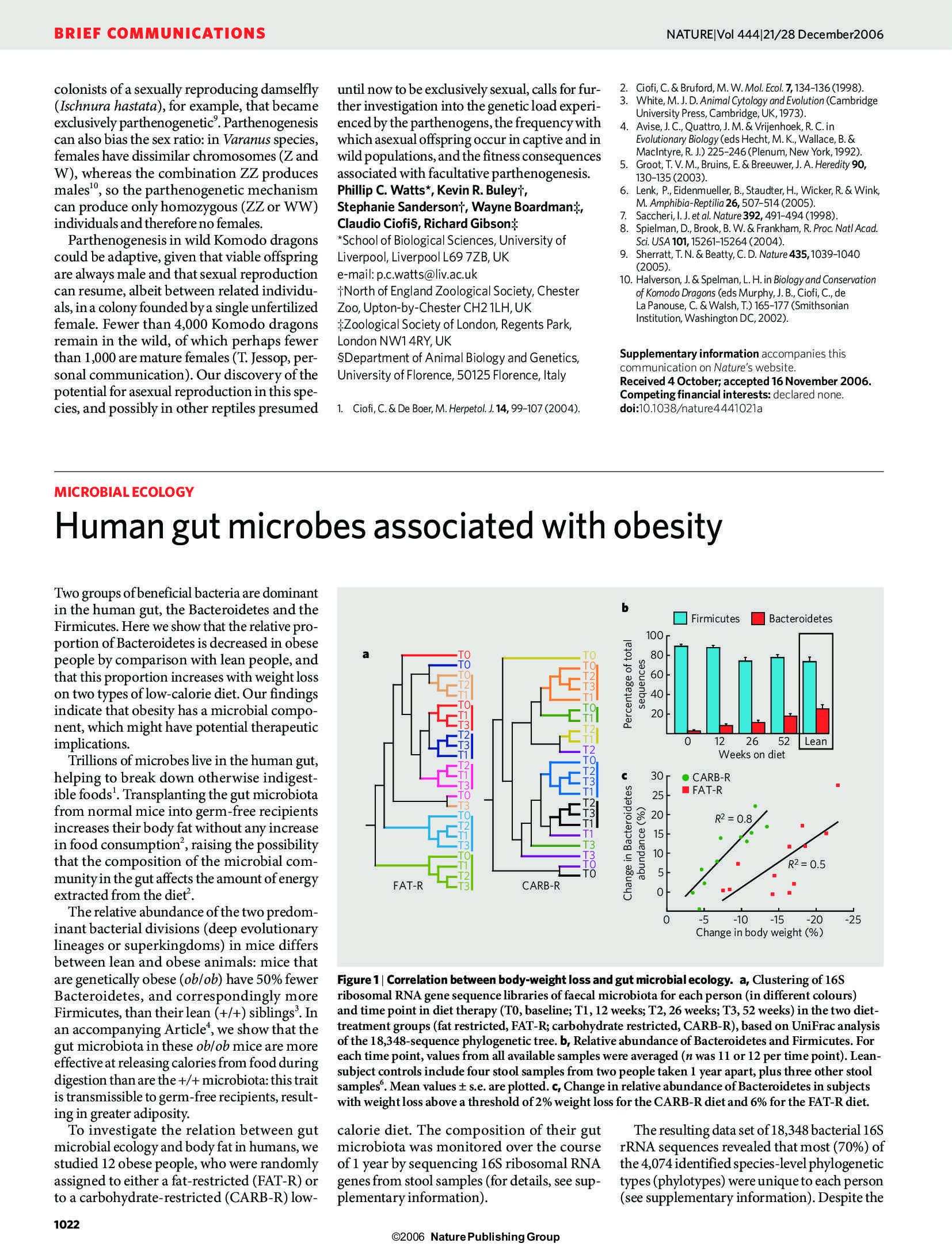 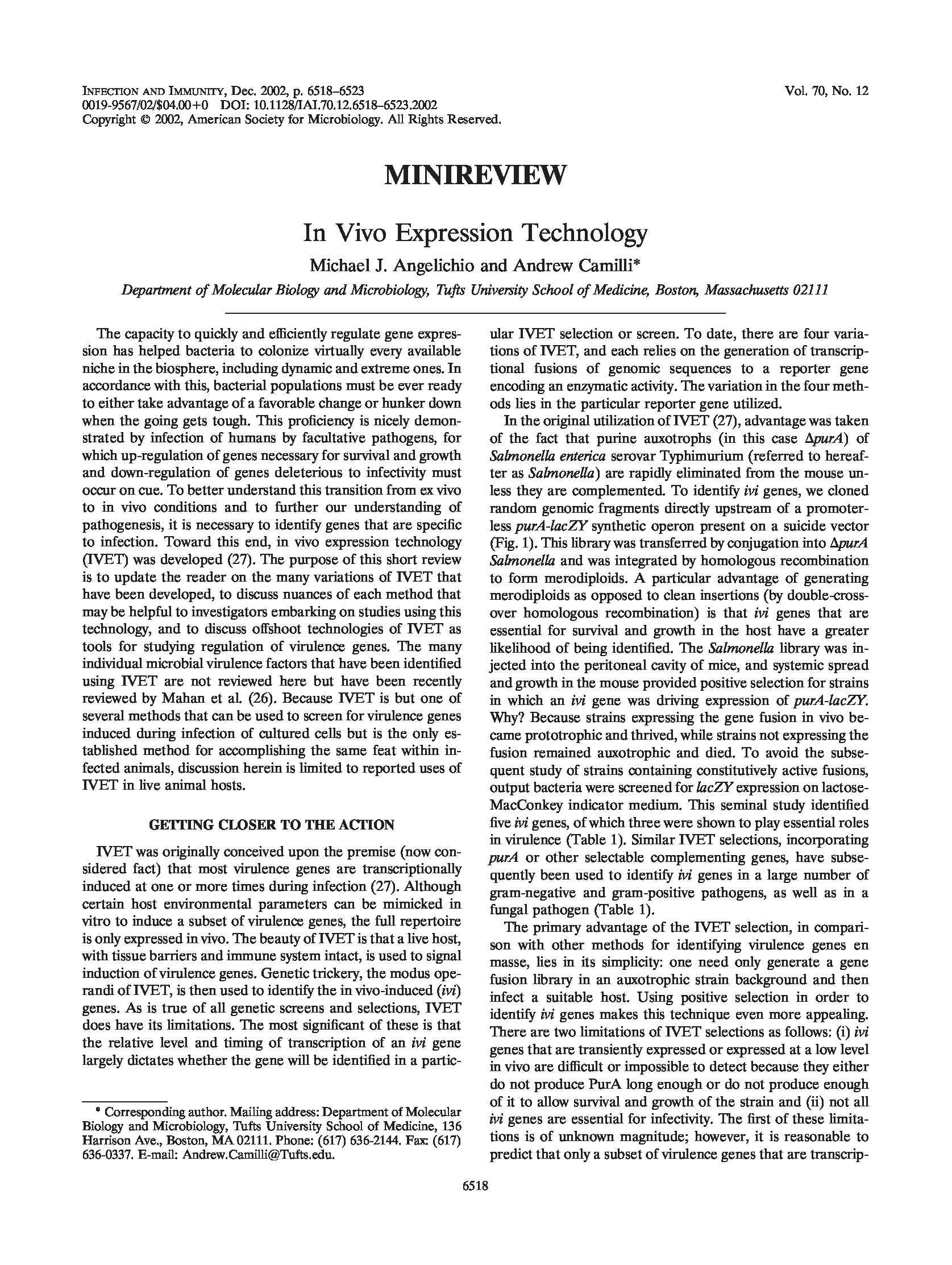 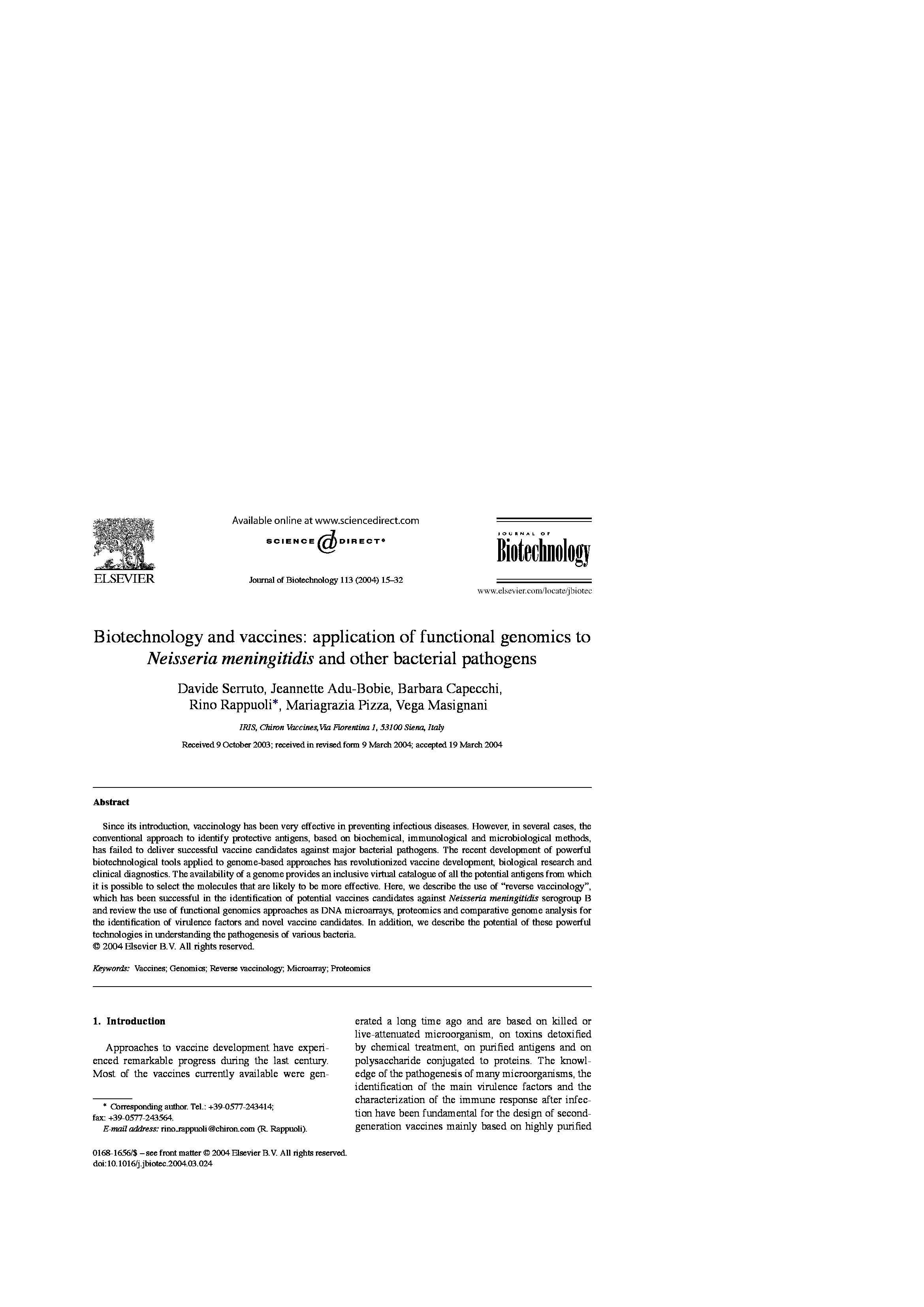